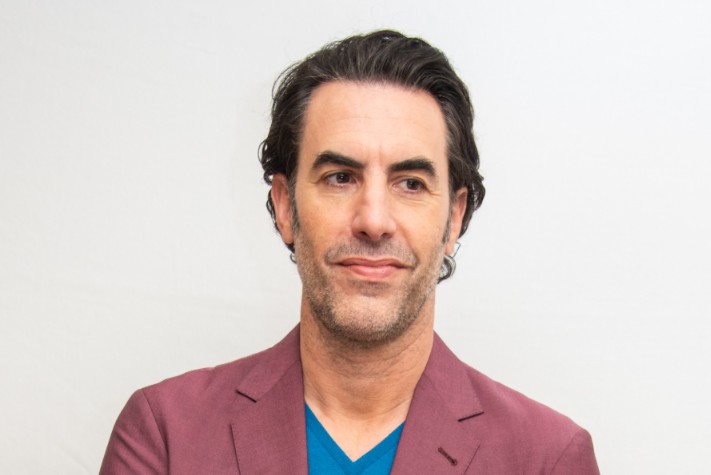 Sacha Baron Cohen pulled his latest prank over the weekend when he infiltrated a Three Percenters rally and made attendees happily sing racist lyrics about the coronavirus and other hot topics, even apparently duping organizers into letting him take care of security and other expenses to make it happen. But the prank wasn’t, as some assumed, a content-gathering mission for his Who Is America? series on Showtime; it was apparently just to make a viral point.

Baron Cohen made headlines on Sunday when video of his performance at a far-right rally surfaced. The event, held in Olympia, Washington and called ‘March for Our Rights 3,’ saw the comedian take the stage to perform a racist sing-a-long in which the audience seemed to gladly take part. A video of organizers explaining that someone apparently representing a political action committee — Baron Cohen — approached the group and donated funds to supply security forces that then prevented the group from taking the stage to stop Baron Cohen or turn his microphone off as he played.

There was speculation that the stunt was to provide ammunition for Season 2 of Who Is America? which caused a sir in 2018 when he duped O.J. Simpson, the NRA, Dick Cheney and others into speaking to him for his series lampooning the right. But as The Wrap reported Monday, that there aren’t any official plans to bring Who Is America? back for a second season.

A person familiar with “Who Is America?” production told TheWrap there are still no plans for a second season of the series, which aired in 2018. Baron Cohen has previously said he was not going to do another season of the satirical series, though Showtime had previously said it would more than a welcome one if he ever changed his mind.

It’s unclear if Baron Cohen had a film crew recording footage of the event to do just that, or if he just wanted to prove a point and had the resources to do so. But right now it’s clear, at least officially, that we won’t see the events of last weekend playing on Showtime anytime soon.