Mazda is introducing the new 100th Anniversary Special Edition of the MX-5 in the U.S. market to celebrate the company’s centenary.

The new limited edition of the Japanese roadster will arrive at U.S. dealers later this year and will be offered in both RF and soft-top versions, the latter featuring an exclusive red cloth top. Prices start from $32,670 for the soft-top manual model and from $35,425 for the RF variant.

The 100th Anniversary Edition is based on the 2020 Mazda MX-5 Grand Touring model and will be offered in the Snowflake White Pearl Mica premium exterior paint. The special model will be recognizable by its red styling cues, which act as a nod to the two-tone R360 Coupe, Mazda’s first passenger car. 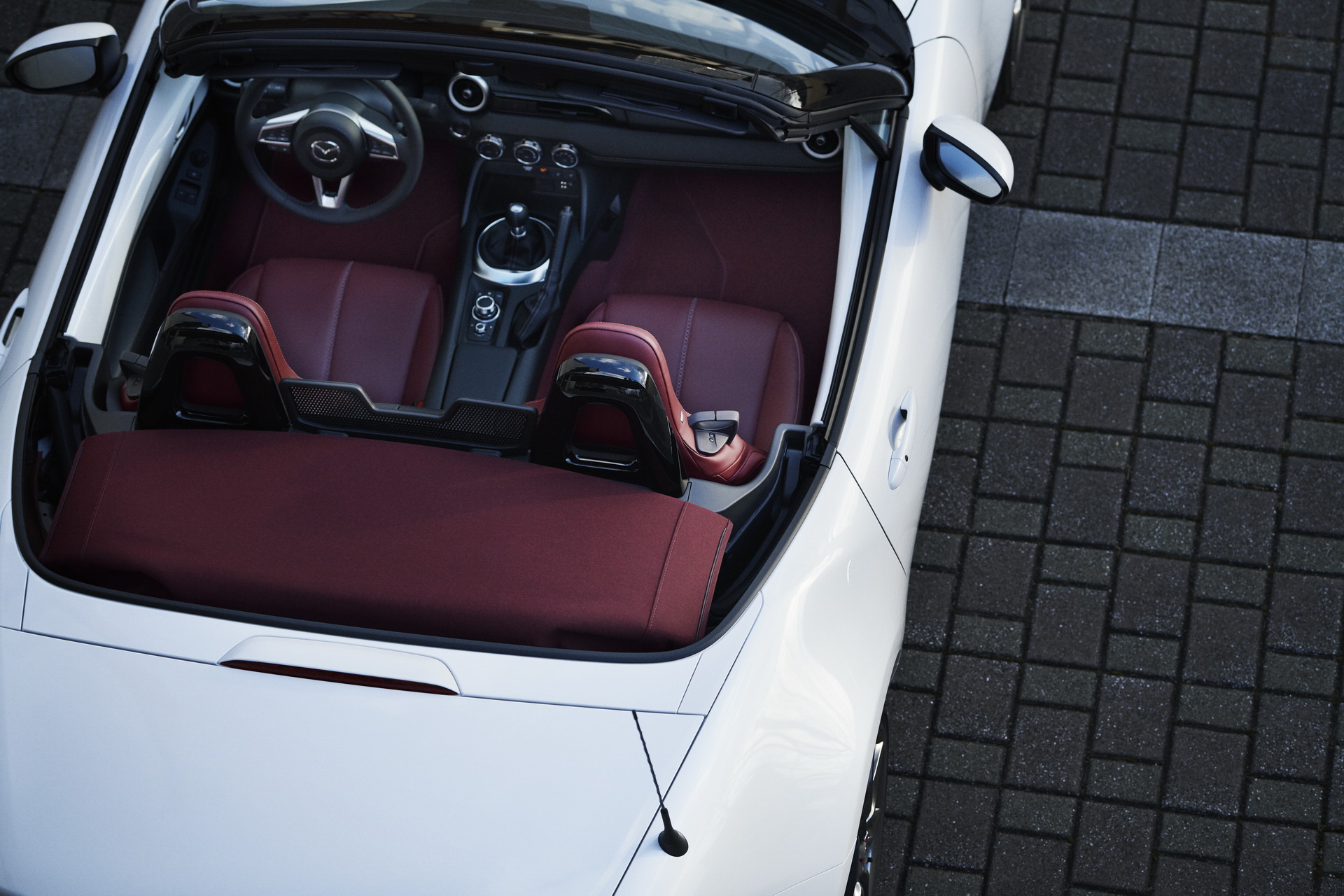 On the front fender, we find a “100 Years 1920 -2020” badge while the 17-inch dark silver aluminum wheels are getting a special 100th Anniversary logo in red and black, which also adorns the key fob.

As for the interior, the Mazda MX-5 100th Anniversary offers red leather seats -that are also heated- with headrest speakers, a red carpet and red floor mats that share the same badge as the front bumper.

Under the bonnet, we find the same, naturally aspirated 2.0-liter Skyactiv-G engine producing 181 HP and 151 lb-ft (204 Nm) of torque. Customers will be able to choose between a six-speed manual or a six-speed automatic transmission with paddles on the steering wheel. 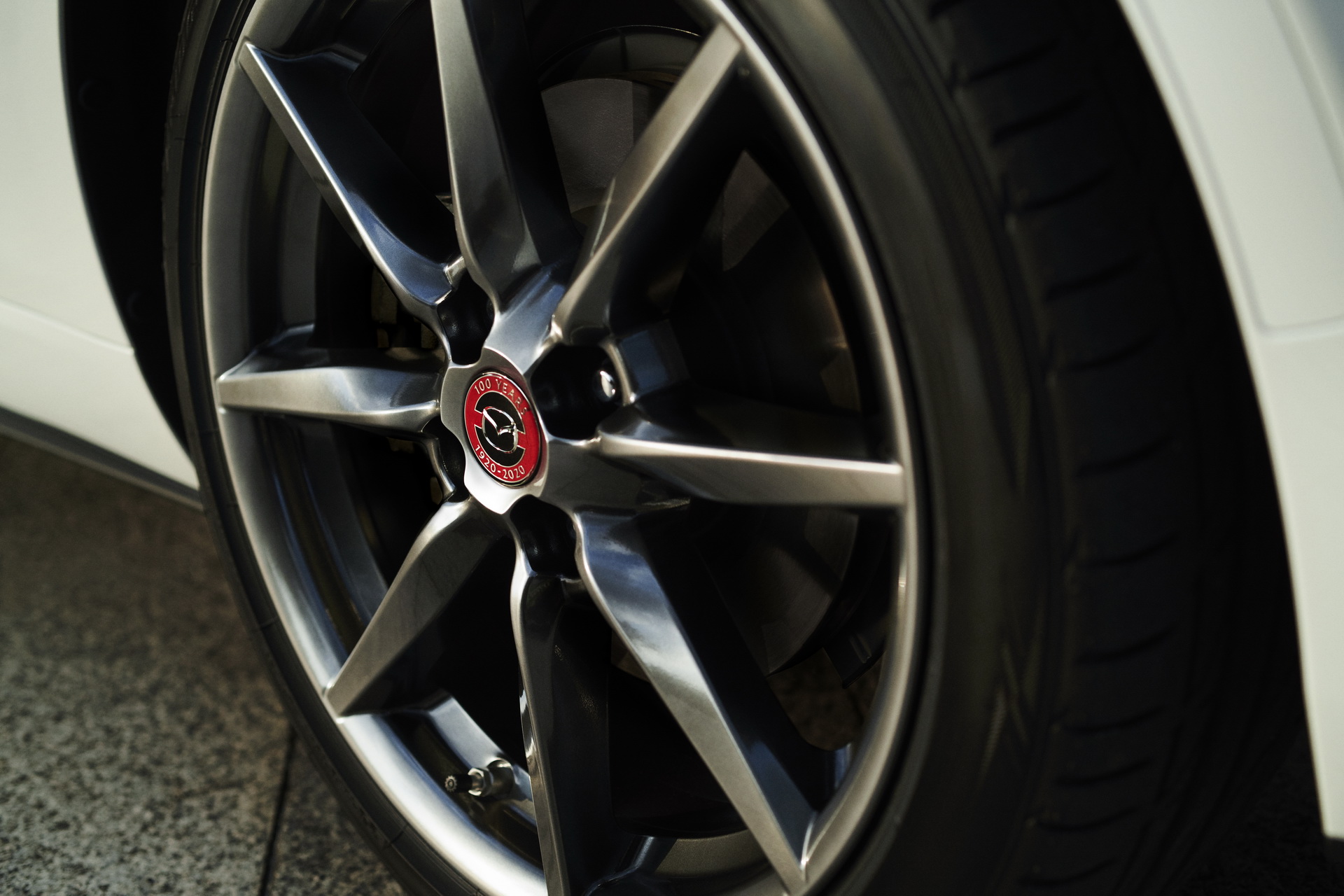 Go for the manual and you’ll also get essential Miata goodies, such as a limited-slip differential, Bilstein dampers, a front shock tower brace, and -if you opt for the RF model- a black roof. The equipment list also includes Apple CarPlay and Android Auto, a Bose audio system, automatic climate control, and more.

In addition to the MX-5 100th Anniversary, Mazda will also launch Special Edition items to commemorate the company’s centennial; these will include a cast metal keychain medallion, ceramic mugs portraying either the Cosmo Sport or RX-Vision, as well as various model cars in 1/43 scale of both heritage and concept Mazda vehicles.