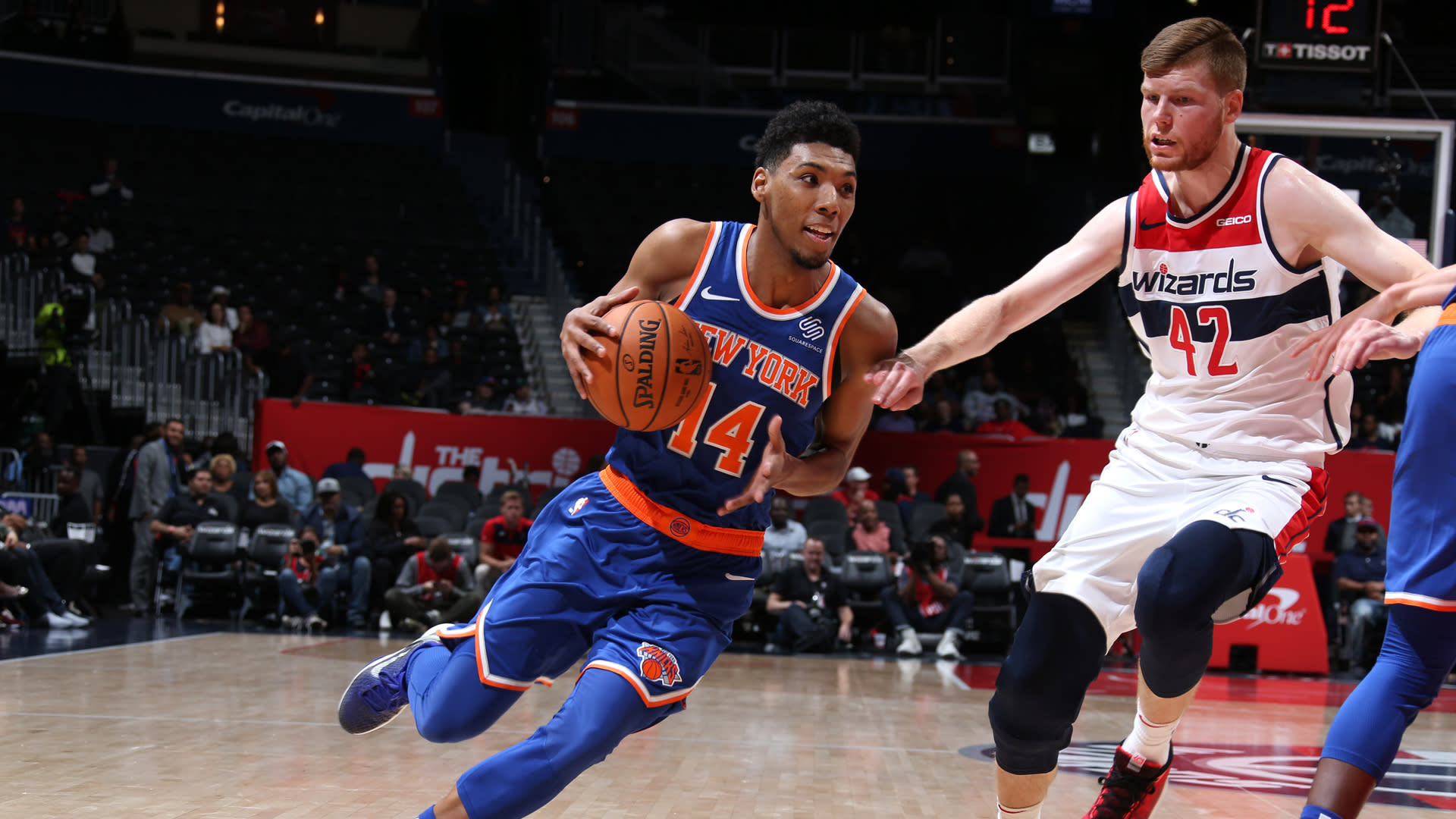 As the Warriors look to build-out their roster for next season, a few interesting names remain on the market with the NBA”s transaction window open.

One of them, former New York Knick Allonzo Trier, would appear to be an ideal piece for the Warriors to add to their bench next season. After going undrafted, Trier, 24, had a promising rookie season in 2018-19 for the Knicks, averaging 10.9 points per game while shooting 39.4 percent from 3-point range. But Trier’s numbers and minutes dipped this season and the Knicks waived him Friday.

A young, athletic wing who can shoot it from 3 -point range and play solid defense on multiple positions seems like the perfect fit for a Warriors team that currently lacks quality wing options off the bench.

While the Warriors and Trier would be an ideal fit, it appears the former Knick would like some more money than the Warriors would be willing to offer.

According to Chris Fedor of Cleveland.com, the Cleveland Cavaliers wanted to sign Trier but the guard was “looking for more money and a different contract structure than the Cavs were willing to offer.”

The Cavs currently are $980K below the luxury tax and like the Warriors, have no incentive to go above it with their season officially over after being left off the Orlando restart invitation list. The Warriors currently are $310K below the tax. Last season, Trier made $3.4 million this year with the Knicks and would have had a qualifying offer of $4.4 million had he not been waived by New York.

The Warriors have the ability to add one player before the transaction window closes. They can sign that player to either a rest of the season contract or a multi-year deal using the rest of their non-taxpayer mid-level exception, which will be set at the pro-rated March 27th amount of $1,219,837.

The Warriors could look to bring back Dragan Bender, who they released after his 10-day contract was up. A number of teams reportedly are interested in Bender, but if he doesn’t catch on with a playoff team then a Warriors reunion could be in the cards. The Warriors also could look to add a G League standout like Deyonta Davis or Dakota Mathias.

As for Trier, if he goes unsigned during the window, he will become an unrestricted free agent in October once the season has concluded. The Warriors should keep their eyes on him if he remains unsigned.

Trier showed he could be a quality NBA player when given the opportunity by David Fizdale. With the ability to be a competent 3-point shooter, harass players with his length on defense and score off the dribble, Trier could be a solid complementary role player for a team looking for some juice off the bench.

The Warriors will have a $5.9 million taxpayer exception to use this summer. The taxpayer mid-level exception allows teams to sign players for a set rate (expected to be $5.9 million this offseason) for up to three seasons with the salary increasing by 4.5 percent each year.

Golden State will enter next season with $146 million committed to 11 players before taking into account draft picks. They can go over the luxury tax threshold to fill their final two roster spots as long as they do so by either using the MLE, the $17.2 million Andre Iguodala trade exception or do so by acquiring a player or players via trade at 120 percent outgoing salary.

Trier isn’t a realistic possibility for the Warriors during the transaction window, but he could be on their radar come October. As often is the case, the Knicks’ loss could be a much smarter organization’s gain.