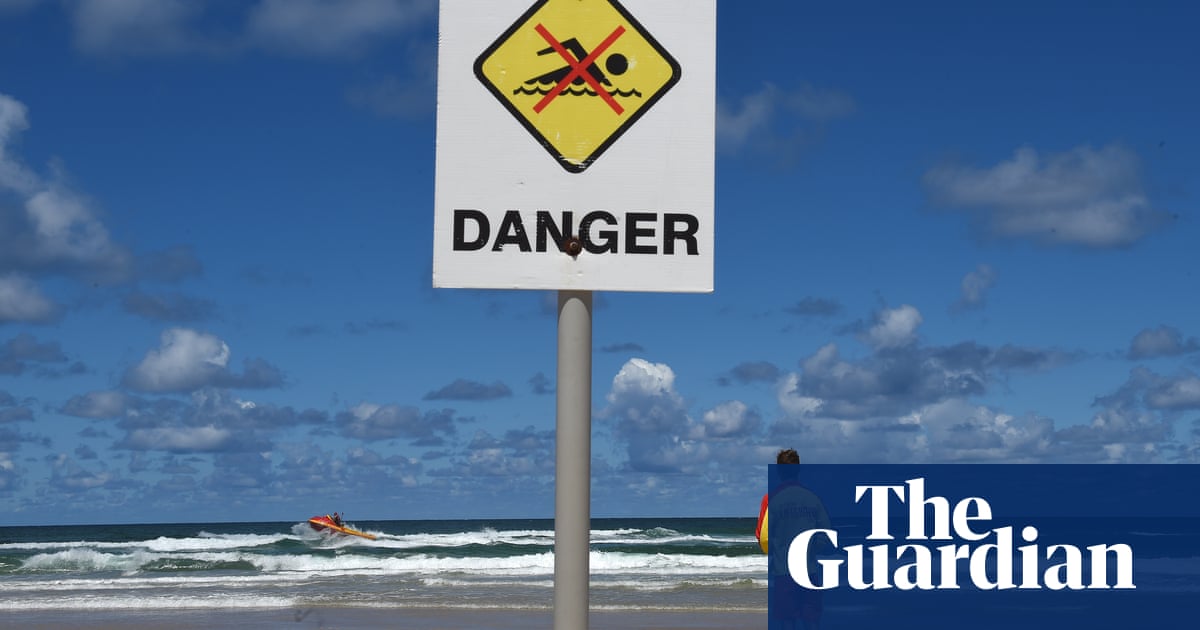 A 60-year-old man has died after being bitten by a shark while surfing near Kingscliff in northern NSW.

NSW Police confirmed the death after witnesses reported seeing a three-metre-long shark attack the man’s left leg while surfing at Salt Beach shortly after 10am on Sunday.

A Surf Life Saving NSW spokesman told Guardian Australia the man succumbed to his wounds at about 10.40am.

Several board-riders tried to help the 60-year-old, with some of them fighting off the shark so he could be taken to shore, according to police.

Authorities believe the 60-year-old, who has not yet been identified, is from Queensland.

The beach has been cleared, and helicopters, jet skis and drones have been deployed to locate the shark.

The shark was not identified, and while great white sharks are active in the area, the NSW Department of Primary Industries detected a bull shark in the waters off Kingscliff on Friday evening.

Beaches between Kingscliff and Cabarita have been cleared of swimmers and surfers by officers from Marine Area Command and the local Surf Lifesavers. The beaches will remain closed for 24 hours.