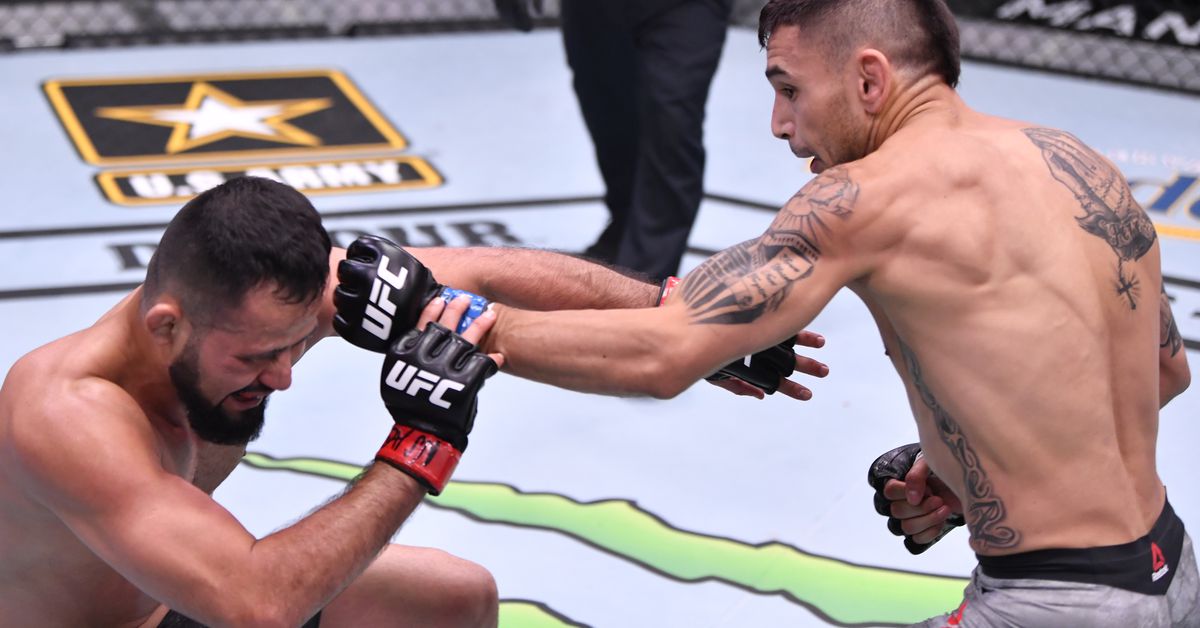 Alex Perez earned the biggest win of his career with a blistering first-round finish against Jussier Formiga in the featured early prelim at UFC 250.

It was a series of devastating leg kicks employed by Perez as he absolutely dismantled Formiga from the first exchange until the last when he put the Brazilian on the canvas and referee Keith Peterson had no choice but to stop the fight.

The mounting damage brought an end to the fight at just 4:06 into the first round as Perez notches his third win in a row with this latest victory coming over a top five ranked opponent. It was also just the 12th time in UFC history that a fight has been stopped due to leg kicks.

From the start of the fight, Perez was the aggressor while displaying a kick to Formiga’s calf that immediately began paying dividends. As the welt on Formiga’s leg started changing colors, Perez knew the kicks were paying off.

He followed those leg kicks with serious power behind his punches, which never allowed Formiga to really find any kind of rhythm with his own striking.

Perez continued to chip away at Formiga’s lead leg until he put the Brazilian on the mat but refused to follow him to the ground. A moment later, Perez cracked Formiga with one more kick that saw him crumble down to the mat and that was enough to stop the fight.

With the win, Perez is now 6-1 in the UFC with four of those victories coming by knockout or submission. Considering his current streak and finishing ability, Perez probably won’t be far away from title contention as he moves forward this year.