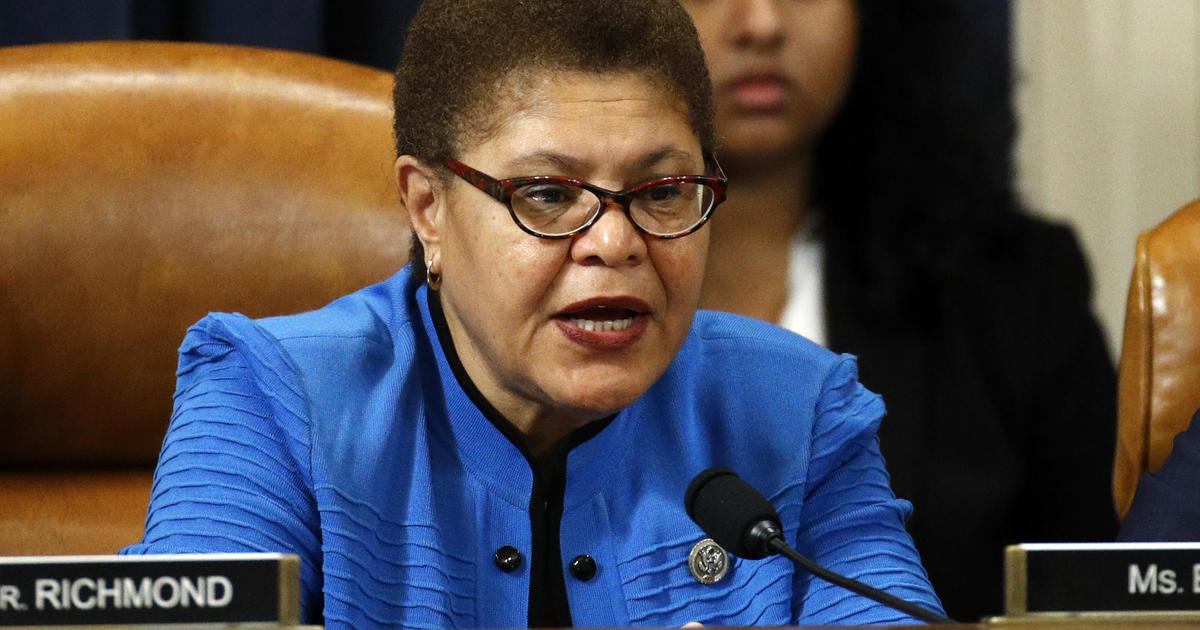 Police reform legislation being drafted in the House will focus on “accountability” for officers, says Congresswoman Karen Bass. Bass, the chairwoman of the Congressional Black Caucus, talked about the legislative package currently being written in the wake of George Floyd’s death and the protests against police brutality which have roiled the nation.

“The number one issue in policing is police accountability,” Bass said in an interview with CBS News Chief Washington Correspondent Major Garrett for this week’s episode of “The Takeout” podcast. She said she expected the final legislation would include several bills, such as Congressman Hakeem Jeffries’ proposal to ban police chokeholds.

“I’m inclined to push the envelope as far as we can because we have a moment now,” Bass said about the final proposal.

Highlights from this week’s episode:

Bass said she was “inspired” by the protesters who had taken to the streets.

“Their cries for police accountability really is because we have seen so many videos now. How many more do we have to see?” Bass said, referring to videos of police brutality against black Americans. A police officer, who has now been charged with second-degree murder, is seen in a video pinning Floyd to the ground with his knee to Floyd’s neck for nearly nine minutes.

Bass said that she “absolutely” believes a police reform package would get support from her Republican colleagues, although she expressed concern about whether President Trump would endorse it.

“I think many of them would like to do the right thing, but they basically are kind of paralyzed because they never know what the president will do at any given moment,” Bass said about Republican members of Congress.

Prior to becoming a congresswoman, Bass was a community activist for decades in her native Los Angeles. She spoke to Garrett about being involved in the protests after the Rodney King beating in 1991. She also discussed the 1994 crime bill that was spearheaded by then-Senator Joe Biden, and which contributed to a rise in mass incarceration.

“I did not agree with the crime bill, I fought it tooth and nail in the communities, but I understand why that bill was done,” Bass said, recalling that many black communities at the time sought greater penalties to combat the drug epidemic. “It was the wrong thing to do, but I do understand that elected officials were under tremendous pressure.”

Bass also talked about her hopes that Biden, now the presumptive Democratic nominee for president, would choose a black woman to be his running mate.

“I don’t know about imperative, but I would certainly like to see that,” Bass said, when asked by Garrett if it was “imperative” that Biden choose a black woman. “I think it would be energizing and exciting to have an African-American woman on the ticket.”