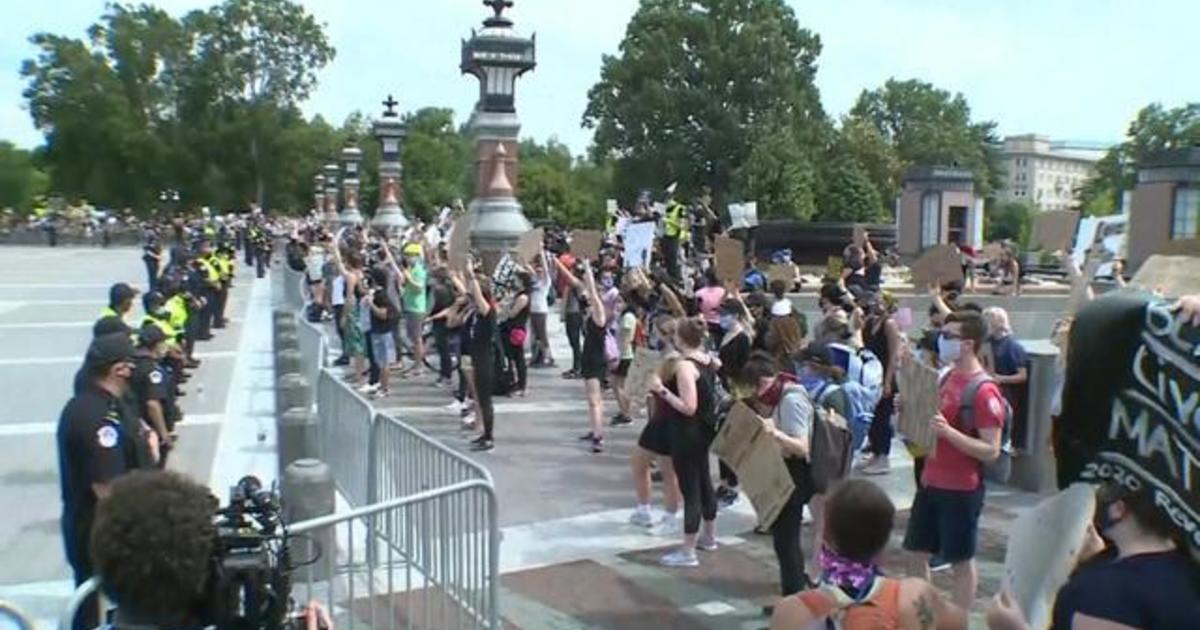 The nation’s capital saw heightened security as protesters demanded justice for George Floyd. Three other officers were charged in his death, and charges were upgraded for a fourth. Meanwhile, current and former top White House officials spoke against how President Trump is handling the protests. Natalie Brand joins CBSN with the latest.