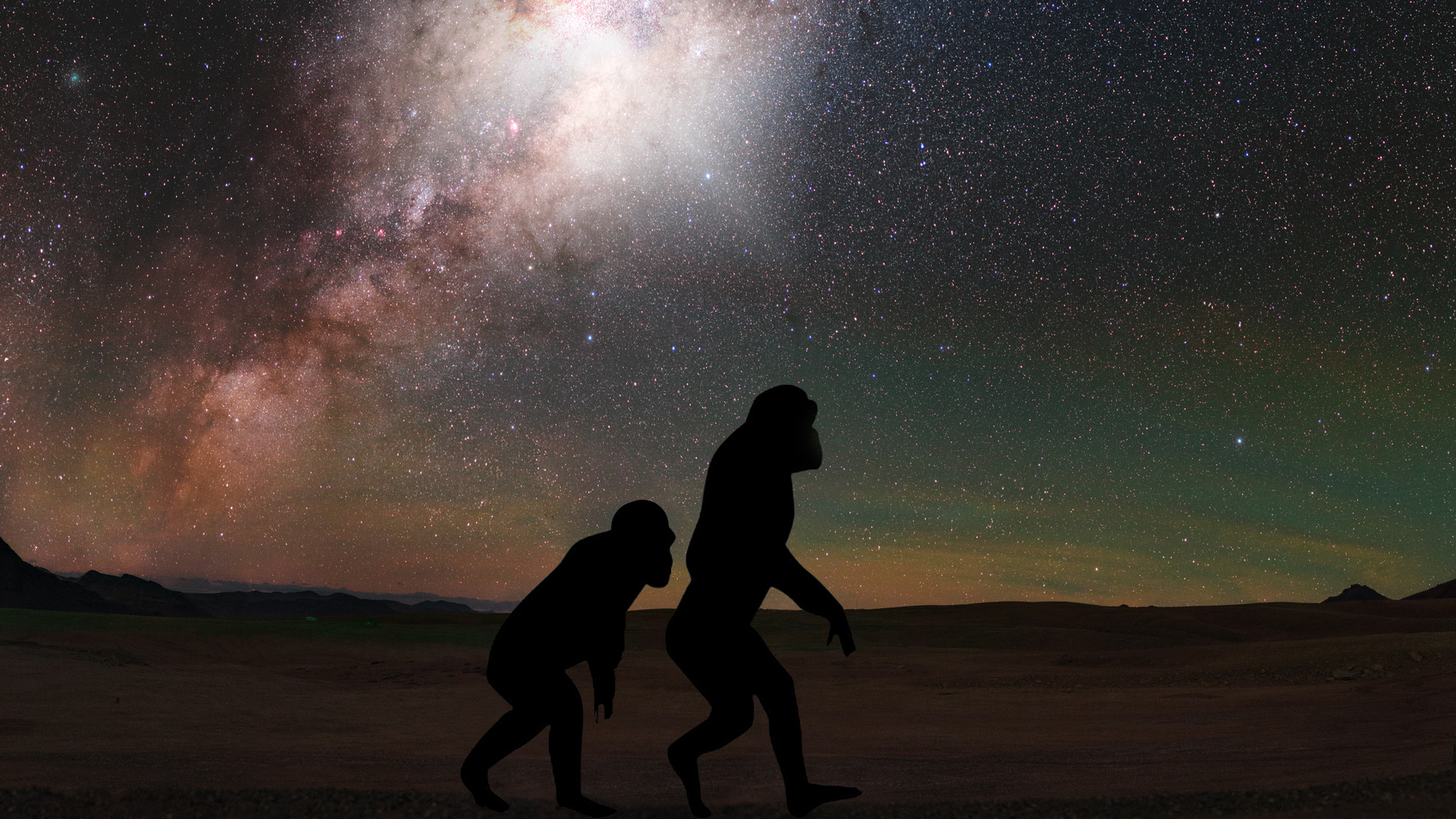 NASA’s Hubble Space Telescope is further probing the remnants of a massive space explosion visible from Earth 3.5 million years ago.

Embedded in the center of our galaxy, the Milky Way, a supermassive black hole known as Sagittarius A* (Sgr A*) had unleashed a massive amount of energy. New research shows that the energy was so pervasive that it illuminated gas associated with two satellite galaxies of our own: the Large Magellanic Cloud (LMC) and the Small Magellanic Cloud (SMC).

“The flash was so powerful that it lit up the [gas] stream like a Christmas tree. It was a cataclysmic event,” Andrew Fox, the principal investigator of the study and an astronomer at the Space Telescope Science Institute (STScI) in Baltimore, said in a NASA statement.

Related: This stuff is circling the drain of our galaxy’s monster black hole (videos)

“This shows us that different regions of the galaxy are linked — what happens in the galactic center makes a difference to what happens out in the Magellanic Stream,” Fox added, referring to the massive, ribbon-like gas structure that trails the Magellanic Clouds. “We’re learning about how the black hole impacts the galaxy and its environment.”

The black hole’s activity likely came from a large hydrogen cloud, about 100,000 times the mass of the sun, falling onto material circling near the black hole. Ultraviolet radiation from the subsequent explosion penetrated far above and below our galaxy’s plane, stripping atoms of their electrons in the Magellanic Stream.

To learn more about the ancient explosion, the powerful ultraviolet eyes of Hubble peered at quasars (cores of active galaxies) in the background of the Magellanic Stream. This allowed the telescope’s spectrograph to see the signatures of “excited” (ionized) atoms in ultraviolet light. Researchers also looked at 10 quasars behind the Leading Arm, which is a gaseous feature just ahead of the LMC and SMC in the galaxies’ orbits around the Milky Way.

“When the light from the quasar passes through the gas we’re interested in, some of the light at specific wavelengths gets absorbed by the atoms in the cloud,” said Elaine Frazer, a research and instrumentation specialist at STScI who participated in the research, in the same statement. “When we look at the quasar light spectrum at specific wavelengths, we see evidence of light absorption that we wouldn’t see if the light hadn’t passed through the cloud. From this, we can draw conclusions about the gas itself.”

The study showed differences in the gas between the Magellanic Stream and the Leading Arm. The ions in the Magellanic Stream were formed by the black hole explosion, even though the stream is roughly 200,000 light-years away from the black hole. The Leading Arm, however, doesn’t seem to have been affected. Researchers suppose that is because the Leading Arm was well away from the direction of the explosion, which streamed past the south galactic pole of the Milky Way.

The Magellanic Stream isn’t the only cosmic structure affected by the explosion of Sgr A*. A decade ago, researchers discovered that hot plasma from the explosion is still visible about 30,000 light-years above and below the Milky Way’s plane. NASA’s Fermi Gamma-ray Space Telescope spotted the plasma, which is called Fermi Bubbles, in 2010. Hubble then examined the bubbles in 2015 to measure how fast the bubbles are expanding, and to learn more about their composition.

“We always thought that the Fermi Bubbles and the Magellanic Stream were separate and unrelated to each other and doing their own things in different parts of the galaxy’s halo,” said Fox, who also participated in the 2015 Hubble study. “Now we see that the same powerful flash from our galaxy’s central black hole has played a major role in both.”

A study based on the research has been accepted for publication in The Astrophysical Journal. The work was also presented virtually June 2 at the 236th meeting of the American Astronomical Society.