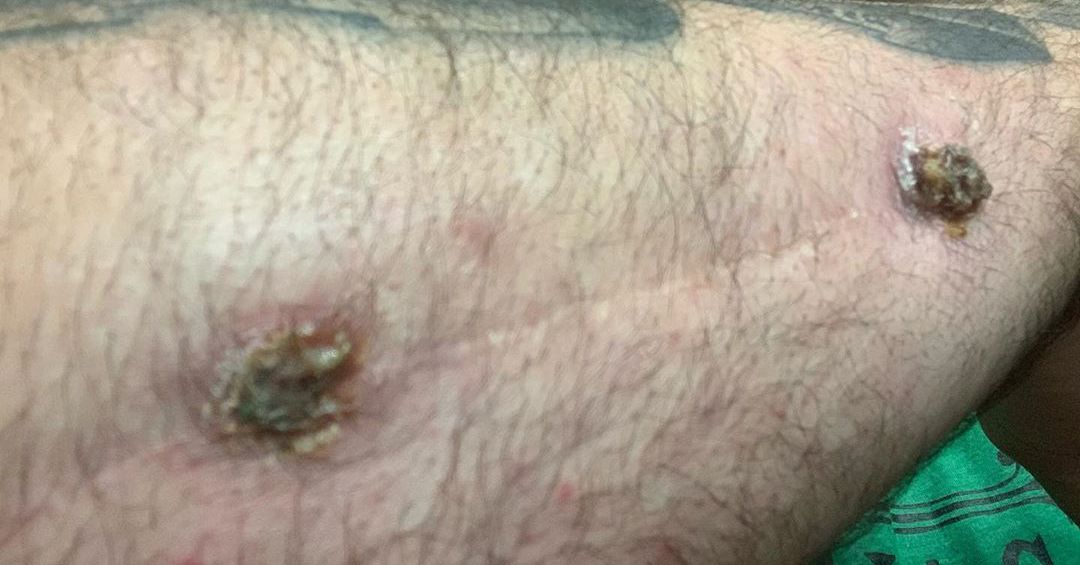 Tim Sylvia said the promotion where he was once a champion has left him out to dry.

“The Maine-iac” on Tuesday said he needs surgery to address complications from an arm injury he suffered in June 2004 when he took on Frank Mir at UFC 48. In an Instagram post, Sylvia said the screws inserted at the time are now “backing out” of him.

Sylvia held the UFC’s heavyweight title on two occasions, with three successful defenses on his record. His first reign as champ ended when submission specialist Mir trapped him in an armbar that broke his arm.

According to Sylvia, the surgery to repair his arm was initially paid for by the UFC. But 16 years later, his arm has given him “problems.” He shared a gruesome image of its worsening condition on social media:

“The screws are backing out from my arm break when I fought Frank Mir,” Sylvia wrote. “My doctor contacted the UFC ‘cause it was paid for by them the first time. Sort of under workman’s comp. The UFC says it’s not their problem and will not cover it.

Alyssa Petroni, Sylvia’s fiancee, has started a GoFundMe page to assist with paying for his surgery, which is scheduled to take place on June 9.

In a subsequent Instagram post, Sylvia shared a video of his injury and elaborated further on the conversation his surgeon had with the UFC, claiming the company said, “Tough sh*t, Tim Sylvia doesn’t fight for the UFC anymore.”

“Might need to do something about this here pretty soon. The screws are obviously working their way out. It’s been like this for a while. The surgeon contacted Dana White and the UFC and they said, ‘Tough sh*t, Tim Sylvia doesn’t fight for the UFC anymore.’

“Basically told me to f**k off. So I guess this is what I gotta deal with.”

UFC fighters are covered by event insurance purchased by the promotion that covers injuries suffered during fights. It’s unclear how the insurance applies to long-term care for ongoing complications. Under the UFC’s previous ownership, the promotion often paid the tab for surgeries to correct longstanding injuries to fighters. In addition to event coverage, the promotion also added accident insurance designed to cover a fighter during training camp.

Sylvia, 44, last fought in October 2013 and officially announced his retirement from competition in January 2015. He finished his pro career with a 31-10 (1 NC) record.