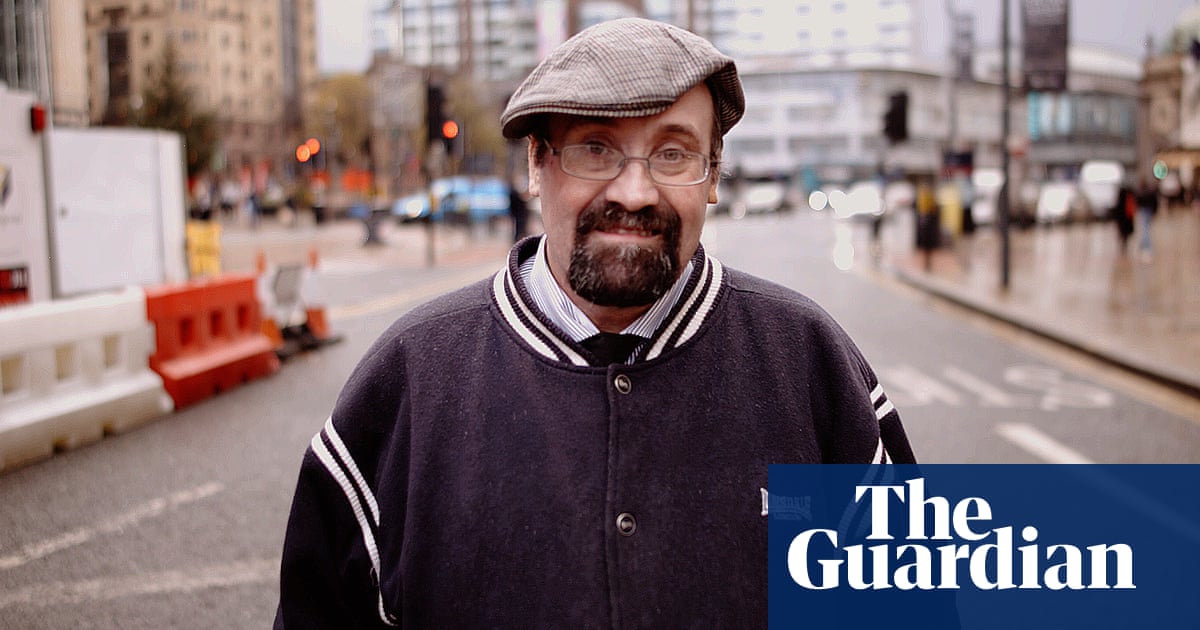 I am standing on my dad’s doorstep. It’s 20 years since he called me a retard. I haven’t seen much of him since then. He told me I’d never work, never live on my own, never have a relationship. I came on the bus from the flat where I live alone. I’ve got an ex-girlfriend standing next to me for moral support. I haven’t told my dad I’m coming.

He opens the door. He smells of booze. He looks at me, confused.

He’s gobsmacked. I feel proud that I proved him wrong.

I’ve been wanting this day for years. It’s not revenge – it’s to prove who I am now.

At 21, I moved into a council flat in Rotherham, South Yorkshire, with my younger brother. The flat was close to my mum who had split up from my dad by then. She’s an amazing woman and we have a brilliant relationship. My brother supported me with things like reading letters and cooking. I love my brother but I wanted to cook, clean, dust, pay my bills – just like a normal person.

The stepping stone to self-belief for me was when I got my own place. I got help from KeyRing – an organisation which supports people to live independently.

You wouldn’t know it now, but a long time ago I was like a doormat. I didn’t have any qualifications when I left school (they don’t teach you much at special school), but I got a job as a trainee hotel porter and then moved on to housekeeping work and handyman jobs at the hotel. I enjoyed it because I was meeting new people and earning my own wage. I felt like a proper adult.

My next job in a warehouse was sweeping up, packing and taking boxes to the skip. The boss didn’t trust me to do anything else. I started to get very bored.

The other blokes used to abuse me physically and mentally because of my disability. They used to call me – and I hate these words – “retard” and “spacca” (as in ‘spastic’). They’d mock me because I used to stutter quite badly. They’d imitate me talking because of my speech impediment. I hated that job because for the next five years I was bullied, ridiculed and abused. The first time someone said something to me I was on the second floor of the warehouse, pulling boxes off shelves. I heard “retard” from behind me, someone calling out. I said “what?”, like I couldn’t believe what I was hearing. Another time, someone lobbed a shoe at me and it got me in the head. I wanted to punch them, but I didn’t want to lose my job. They used to throw boxes at me too. I asked them why and they said, “We were joking.” I told them I didn’t find it funny.

Every time I reported the abuse, I thought, what’s the point? I’d get called “grass”. I used to get very down and I felt very small, like I was less of a human being. I was a dad by then and I needed that £100 a week, so I had to stick it out because of my kids and partner at the time, and I wanted to be independent. I used to cry when I got home, but I’d think at least it was another day done.

It was a really dark time. I was dying inside.

Eventually I heard about a job going at the human rights charity CHANGE. I got an interview through the support charity that had got me the warehouse job. There were two people with learning disabilities on the panel, which made me feel equal and respected. I told them I had experience of life as a father with a learning disability and I was passionate about our rights.

Before this job I’d never been further than South Yorkshire. Now as an international project worker with CHANGE, I travel all over the world to to train professionals to work better with children and young people with learning disabilities and to support the young people to speak up for themselves. This builds my confidence. I eventually lost my stutter. In the past I didn’t use the telephone because I thought people wouldn’t understand me, but I do now.

I think that without work I’d be very timid, isolated and lonely, and I wouldn’t have a voice. The best thing about my job is that it’s helped me challenge people in a way that’s professional.

I can’t read or write very well, but you can get around that. Apps on computers mean I can dictate my emails. I get government funding for disabled people in work; it’s called Access to Work and it pays for someone to help with paperwork two mornings a week.

Of course, being a father and grandfather is an achievement. I’ve got two grown-up children in their 20s and a 15-year-old daughter, who lives with my former partner in Sheffield. My daughter says, “My dad works to make things better for people with learning disabilities.” I listen to people a lot and they trust me. At work my nickname’s Father Shaun.

When I became a dad, the first thing I got asked at the warehouse was, “Has the baby got a learning disability?” They asked this even before they asked if we’d had a boy or a girl. None of my kids have disabilities, but if they did, it wouldn’t be a big deal. It’s just a label people put on you.

Other people with learning disabilities can achieve great things too. I came from nowhere with no power and no self-respect. I didn’t know about my human rights. My message is this: Never stop believing in yourself; don’t let other people tell you that you can’t do it. If you’ve got something you want to do, then do do it. I think before you try and inspire others to believe in themselves, you have to believe in yourself. And don’t take any crap.

• This is an edited extract of Shaun Webster’s story, Father Shaun, from Made Possible: Stories of success by people with learning disabilities – in their own words, edited by Saba Salman. To order a copy for £9.29 (RRP £9.99) go to the Guardian Bookshop