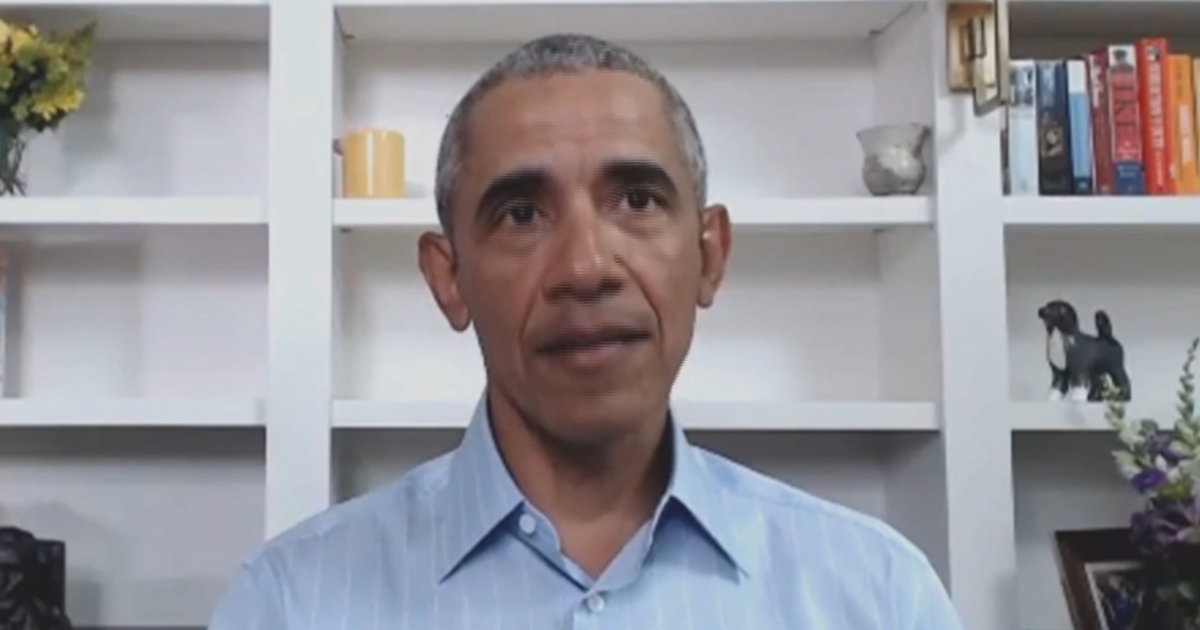 President Obama is encouraging Americans to make “real change” in response to the killing of George Floyd and the ensuing wave of protests.

“As tragic as these past few weeks have been, as difficult, scary and uncertain as they’ve been, they have also been an incredible opportunity for people to be awakened,” the former president said at a virtual event hosted by My Brother’s Keeper Alliance Wednesday afternoon. It’s a moment to “change America and make it live up to its highest ideals,” he continued.

“What has happened over the last several weeks is — challenges and structural problems here in the United States have been thrown into high relief,” Mr. Obama said. “They are the outcomes not just of the immediate moments in time, but they’re the result of a long history of slavery and Jim Crow and redlining and institutionalized racism that too often have been the plague, the original sin of our society.”

The former president’s hope is “that we can turn protest into policy,” a person familiar with his plans tells CBS News. Mr. Obama is poised to be a brief part of a broader conversation about specific proposed reforms to the nation’s law enforcement agencies and how to improve trust between police and the communities they protect.

The event, “Reimagining Policing in the Wake of Continued Police Violence,” is a panel discussion, held via Zoom amid the COVID pandemic restrictions, and includes his former attorney general, Eric H. Holder Jr., Rashad Robinson, executive director of Color of Change and Phillips Cunningham, a member of the Minneapolis City Council. My Brother’s Keeper Alliance is a program established by the Obama Foundation.

This is Mr. Obama’s third time weighing in on current events in the last several weeks. In April, he endorsed his former vice president, Joe Biden, for president and pointedly criticized President Trump and congressional Republicans while urging Americans to vote in November. And last month he headlined two national virtual commencement ceremonies and made indirect, but pointed criticisms of Mr. Trump’s response to the coronavirus pandemic.

On Monday, Mr. Obama wrote in a post on Medium that the ongoing demonstrations “represent a genuine and legitimate frustration over a decades-long failure to reform police practices and the broader criminal justice system” in the U.S. But the former president said the protests could “be a real turning point” for those efforts.

“When we think about politics, a lot of us focus only on the presidency and the federal government. And yes, we should be fighting to make sure that we have a president, a Congress, a U.S. Justice Department, and a federal judiciary that actually recognize the ongoing, corrosive role that racism plays in our society and want to do something about it,” Mr. Obama said. “But the elected officials who matter most in reforming police departments and the criminal justice system work at the state and local levels.”

While many of the protests have been peaceful, Mr. Obama condemned the violence and vandalism perpetrated by some demonstrators, writing that their actions “are putting innocent people at risk, compounding the destruction of neighborhoods that are often already short on services and investment and detracting from the larger cause.”

Melissa Quinn contributed to this report.