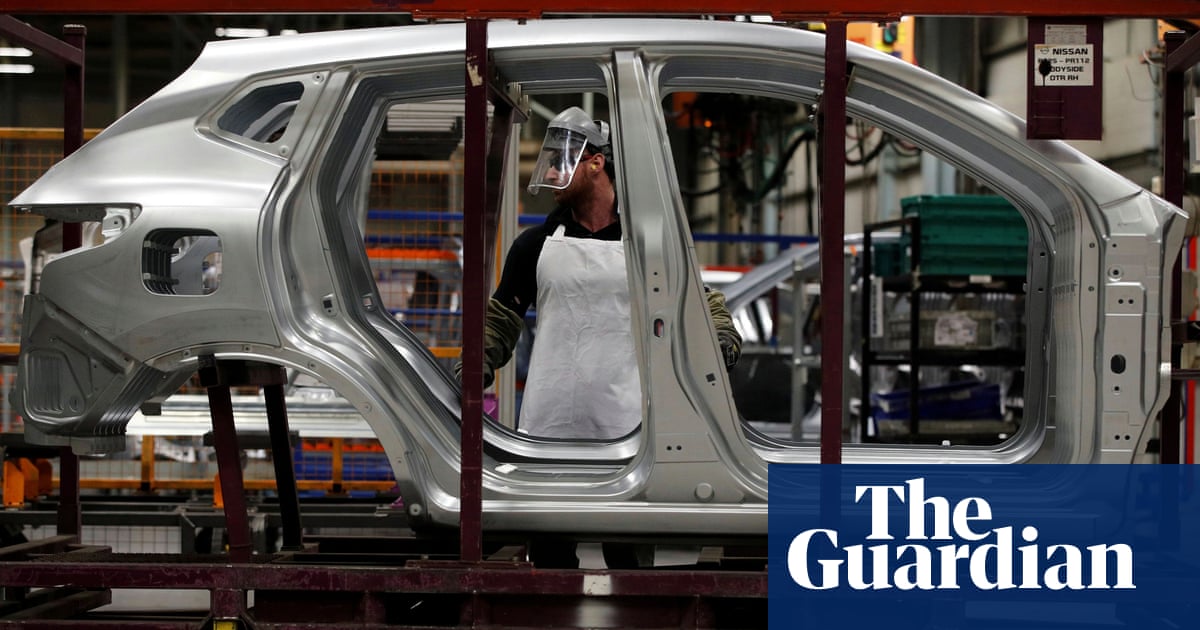 Nissan has warned that its Sunderland manufacturing plant is still under threat if the UK leaves the EU without a trade deal.

Last week Nissan said that the UK’s largest car manufacturing plant would stay open as it announced plans to cut £2.3bn in costs worldwide. However, the carmaker has said it would need to “improve efficiency” at the factory in the north-east of England, which employs 6,700 staff.

On Wednesday, Ashwani Gupta, the Japanese company’s global chief operating officer, warned that with the EU being the Sunderland factory’s biggest customer, the tariffs that would come with a no-deal Brexit would mean manufacturing in Britain would not be viable.

“You know we are the number one carmaker in the UK and we want to continue,” he told the BBC. “We are committed. Having said that, if we are not getting the current tariffs, it’s not our intention but the business will not be sustainable. That’s what everybody has to understand.”

Nissan has previously warned that a no-deal Brexit would jeopardise the “entire business model for Nissan Europe” because of the threat of 10% export duties on the majority of the plant’s production.

About 70% of the cars manufactured in Sunderland are sold in the EU. If a trade deal is not struck the 10% tariffs are implemented as a default under World Trade Organization rules.

The plant, which produces the Qashqai and Juke SUVs and the Leaf electric car, is scheduled to reopen in early June. It could also be used to build vehicles for Renault, and even Mitsubishi, under their three-way car making alliance. The partners have said they will employ a “leader-follower” model, with Renault the leader in Europe.

Gupta said that any plans for Renault, its 43% shareholder, to take up spare capacity at Sunderland would be for the French carmaker to decide. The French government has a 15% stake in Renault.

Renault, Nissan and Mitsubishi have committed to sharing more development and production, to reduce costs, but stated they are not planning to merge completely.

On Thursday, Nissan announced the closure of its Barcelona car plant, with the loss of 2,800 jobs.