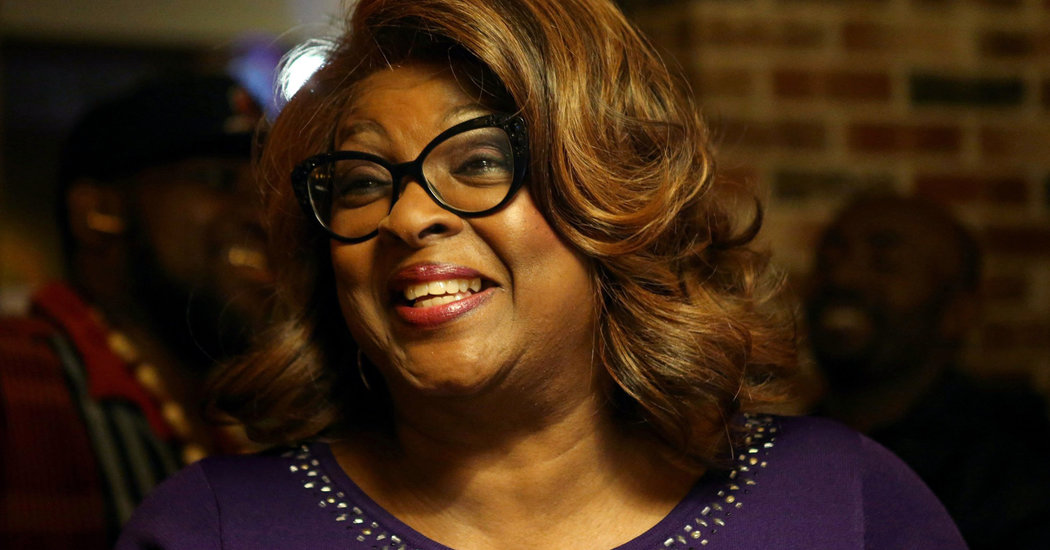 The victory for Ms. Jones, a Ferguson City Council member, came as another night of protests unfolded throughout the country over the killing of George Floyd and persistent police brutality against black Americans.

Ms. Jones, 65, and her opponent Heather Robinett, 49, had both vowed to continue changes enacted after the 2014 shooting of Mr. Brown, including a federal consent decree, a legally binding agreement requiring reforms to a police department.

And both had made clear that they supported peaceful protests after the killing of Mr. Floyd in Minneapolis, while condemning the violence that has broken out in several cities.

“I’ve got work to do — because when you’re an African-American woman, they require more of you than they require of my counterpart,” Ms. Jones said after her victory, in a video posted online Tuesday night by the journalist Jason Rosenbaum of St. Louis Public Radio. “I know the people in Ferguson are ready to stabilize their community, and we’re going to work together to get it done.”

Ms. Jones, who prevailed with 54 percent of the vote, will succeed James Knowles III, who has been the mayor since 2011 and could not run for re-election because of term limits. Ms. Jones lost to Mr. Knowles in the 2017 mayoral election.

A resident of Ferguson for more than 40 years, Ms. Jones is also a pastor in the African Methodist Episcopal Church.

Protests convulsed Ferguson for weeks in 2014, after the white officer, Darren Wilson, shot and killed Mr. Brown, 18. A grand jury and the Department of Justice declined to prosecute Mr. Wilson, who eventually resigned.

In 2015, Ms. Jones became the first black woman elected to the City Council, and though she was critical of the city’s law enforcement system, she did not have enthusiastic backing from protesters at the time.

“I don’t get along to go along,” she said then. “If I see something that needs to be addressed, I will address it.”

After losing her bid for mayor, Ms. Jones said that many black residents told her that they did not believe electing her would change their own fortunes and questioned whether she had accomplished anything in her two years on the City Council.

“If you’ve been oppressed so long, it’s hard for you to break out to a new idea,” Ms. Jones said at the time. “And when you’ve been governed by fear and people telling you that the city is going to decline because an African-American person is going to be in charge, then you tend to listen to the rhetoric and don’t open your mind to new possibilities.”

Ferguson is one of the smallest cities in the country with a federal consent decree, which includes scores of new policies to reform the police department.

Like many other cities throughout the country, Ferguson officials declared a state of emergency and issued a curfew in recent days, as the protests over police brutality have continued.