Motorcyclists face a 20-time higher risk of losing their lives in an accident compared to car drivers, which has prompted Bosch to develop a new digitally connected emergency call system for motorbikes.

Dubbed the Help Connect, it’s the result of the close collaboration between engineers and the company’s in-house accident research, and was described as “a digital guardian angel” by Bosch’s member of the board of management, Harald Kroeger.

The system uses an intelligent algorithm installed in the bike’s inertial sensor unit. It collects information from the motorcycle stability control, measures the acceleration, angular velocity, current position and angle of lean 100 times a second and can detect when an accident happens or if the bike fell over while it was parked.

Read Also: 2020 Polaris Slingshot Review – Fast And Fun, But Stick To The Manual 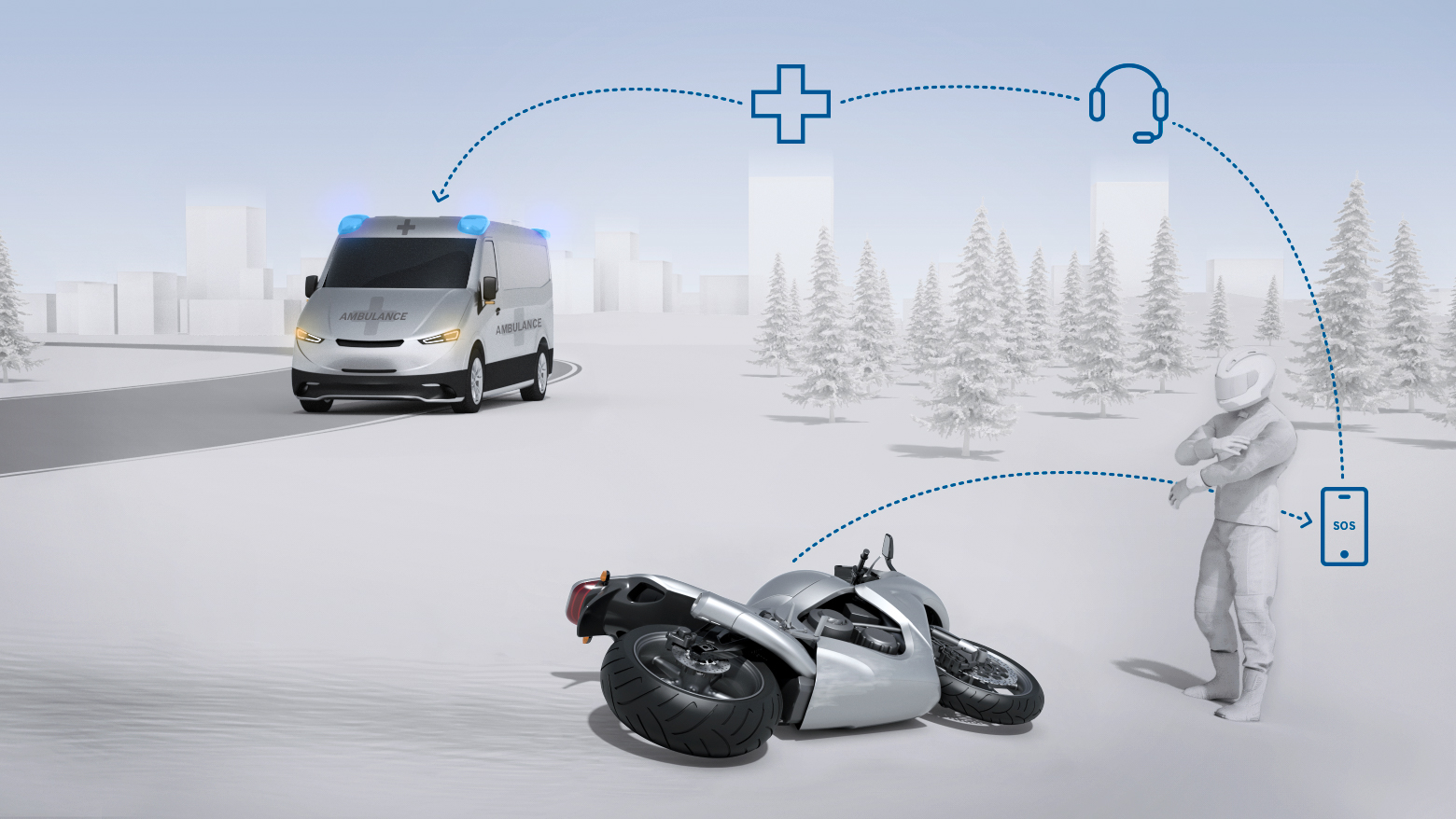 Subsequently, it can transmit information about the accident scene and the rider via a smartphone app to the Bosch Service Center, and from there, to the emergency services. Other people can also be contacted with news of the accident on request, and the firm claims that this technology can cut the time usually needed for the emergency responders to arrive on the scene by up to half.

Prior to launching the Help Connect, Bosch carried out 18 crash tests, which analyzed the specifics of an accident in different scenarios, demonstrating the functionality of this feature.

At first, the emergency call service will be available for customers in Germany, but users will be able to communicate with the Bosch Service Center in either German or English from other European countries, including the United Kingdom, France, Italy, Austria, Belgium, Ireland, Luxemburg, Spain, Switzerland and the Netherlands.