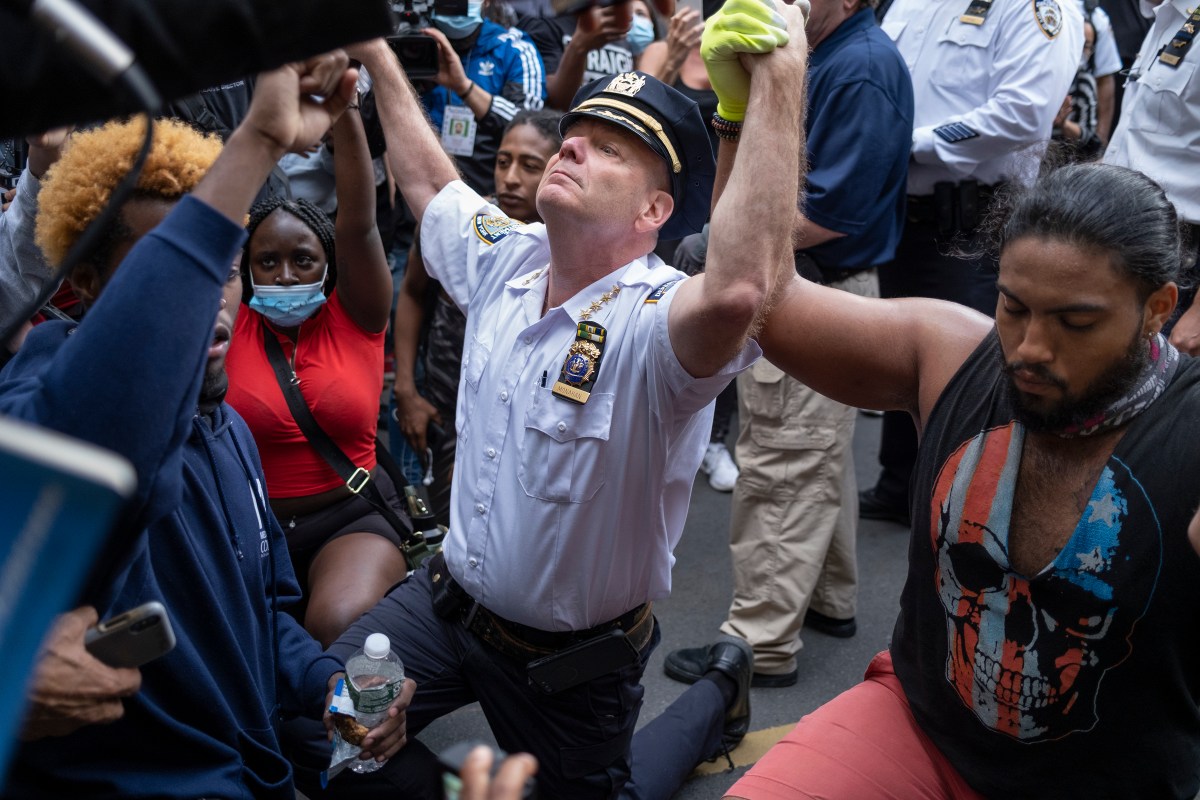 Two cops have been fired after they were caught on bodycam footage using excessive force during a protest arrest in Atlanta.

The officers, Investigator Ivory Streeter and Investigator Mark Gardner, were filmed Tasing a young black couple and dragging them from their car during George Floyd protests on Saturday night.

Mayor Keisha Lance Bottoms told a news conference Sunday that she and police Chief Erika Shields made the decision after reviewing the footage.

Bottoms said the woman, Taniyah Pilgrim, was released without charges.

She said the man, Messiah Young, was released, too, and she’s ordering the charges against him dropped.

A police report says Young was charged with attempting to elude police and driving with a suspended license.

More on the story here.