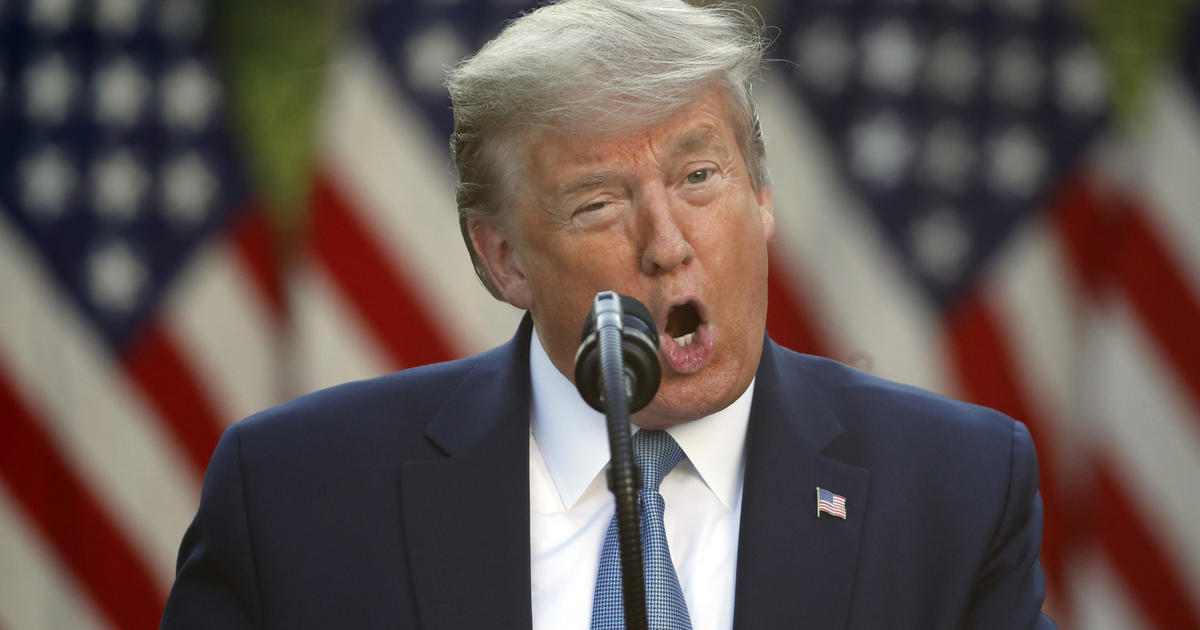 President Trump is delivering a statement to the nation on Monday from the White House Rose Garden amid a weekend of unrest throughout the county. Mr. Trump tweeted that he will be discussing the “Federal Response.”

Mr. Trump is expected to announce the call-up of active-duty military personnel to Washington D.C., where there have been protests for several days, CBS News’ David Martin reports. On Friday night, Mr. Trump was briefly moved to the White House bunker on Friday evening as protests were being held near the White House, CBS News has confirmed. A senior administration official said the action was taken out of an abundance of caution.

The president has said the law enforcement presence in D.C. would increase.

On a call with governors Monday, the president called them “weak” and “fools” for not cracking down harder on the civil unrest gripping their cities.

There have protests across the country for several days since the death of George Floyd in Minneapolis on May 25. Floyd, a black man, died after a white officer pressed his knee on Floyd’s neck for several minutes while Floyd was handcuffed and pleaded for air. One officer has been charged with third-degree murder and manslaughter, and he was fired along with three others. Minnesota Attorney General Keith Ellison will lead all prosecutions related to Floyd’s death, officials announced Sunday night.