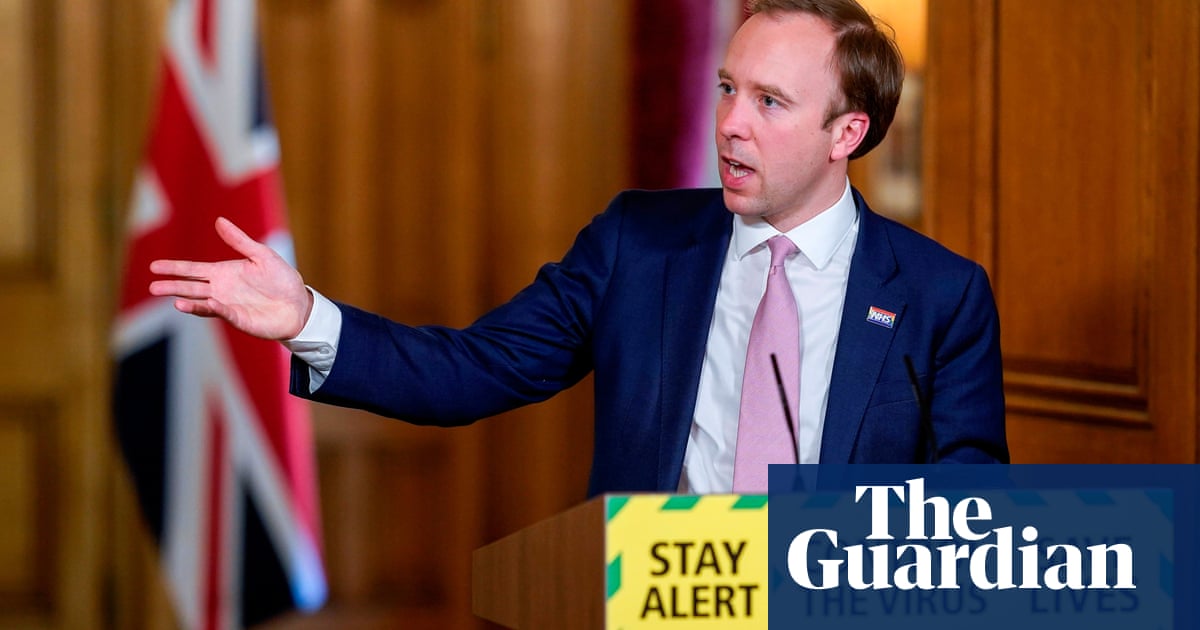 Care home operators have warned that easing Covid-19 shielding restrictions for 2.2 million vulnerable people risks a second wave of infections, as it emerged government scientific advisers who previously warned against such a move were not asked to reconsider the matter.

New guidance allows the “clinically extremely vulnerable” to go outside and, if they live alone, meet one friend from Monday. They include many in long-term care facilities for the elderly as well as those with chronic illnesses living at home.

Strict isolation rules were expected to stay in place for at least another two weeks. The government’s Scientific Advisory Group on Emergencies (Sage) warned in April that “lifting the policy of shielding the vulnerable would … lead to a sharp increase in hospitalisation, ICU admissions, and the death rates within this age group”.

The new guidelines say shielded people “can now leave their home if they wish, as long as they are able to maintain strict social distancing. If you choose to spend time outdoors, this can be with members of your own household. If you live alone, you can spend time outdoors with one person from another household.”

The sudden relaxation of the rules this weekend appeared to surprise many health officials. NHS England’s primary care medical director, Nikki Kanani, indicated on Twitter that she was not told in advance.

Local directors of public health also said they were not forewarned, with one telling the Guardian they were “mystified” by the change, adding: “The lack of information sharing is appalling.” Another said: “We were led to believe during the week any change would be at the end of June, once we were more reassured about the infection rate.”

Nadra Ahmed, the executive chairman of the National Care Association, said the loosened restrictions could bring the virus back into care homes still struggling to contain the first wave of infection which has caused around 15,000 deaths.

“How do we guarantee that the person coming to visit is Covid-free?” said Ahmed. “We can’t. The only way we could deal with it is by isolating the resident when they come back in and testing them, but with tests still not available to many care homes, how would we be able to do that? This is inviting a virus back into the service that a lot of care homes have worked very hard to eradicate.”

Asked on Monday whether the loosening of the rules for the shielding group had been discussed at Sage, Boris Johnson’s official spokesman said there had been engagement with GPs, the British Medical Association and patient groups, but the new guidance was approved by the deputy chief medical officers and Public Health England. It is understood that Sage experts were not asked to examine the issue again or submit any new evidence ahead of the surprise change in the guidance.

Many people most vulnerable to Covid-19 have complained of the mental strain and loneliness of shielding, which has prevented them from going out since lockdown measures were imposed 10 weeks ago.

Charities representing some shielded groups last Friday warned the government that “as restrictions are eased for the rest of the country, the burden on those who are being asked to stay inside or away from people will become harder to bear”.

Macmillan Cancer Support, the British Lung Foundation and Asthma UK, the MS Society, Kidney Care UK and the Cystic Fibrosis Trust were among those who said they were “deeply concerned about the impact on the mental health of those who are shielding”.

Steven McIntosh, policy director at Macmillan, said the new guidance was “a step forward for … a group who have felt left behind and forgotten as lockdown eases”.

The Relatives and Residents Association, which represents families in social care, had also called for a rethink of the shielding measures. “We know some people are getting isolated and lonely and particularly for people with dementia it can be hard to understand why that has happened,” said Helen Wildbore, director of the charity. “We have heard about people who have stopped eating and drinking and have lost speech.”

But with many care homes focused on stopping a second wave of infection and currently restricting movements of residents by agreement, Prof Martin Green, executive director of Care England, said the new guidance “will create a tension with people saying we have seen the announcement, so why can’t I take my relative out”.

He said his members had not been consulted and said the sudden announcement was “a typical example of making an announcement and publishing guidance later”, adding: “They should publish the scientific advice on why this was done and they need to publish specific guidance for care homes.”

On Thursday, the prime minister gave no inkling of the lifting of restrictions, telling the Downing Street press conference: “I am afraid that those who have been asked to shield themselves should continue to do so.”

The housing and communities secretary, Robert Jenrick, said the government was now trying to find “the right balance between continuing to protect those at the greatest clinical risk, whilst easing restrictions on their daily lives to make the difficult situation more bearable – particularly enabling the contact with loved ones they and we all seek”.

Pressed on the timing of the announcement and the lack of advance notice for GPs, Matt Hancock, the health secretary, insisted it had been “very well received by those who are shielded”.

“It hasn’t been rushed through, far from it,” he said. “We’ve worked for some time to make sure any changes we make – small, cautious changes – can benefit people in a safe way. Being able to make changes like this is important for people. It’s quite hard to imagine for even those of us practising self-isolation to understand the impact of shielding.

“Once we’d made the decision in collaboration with all of the government bodies we communicated the decision and that was the right time to be able to change that advice.”