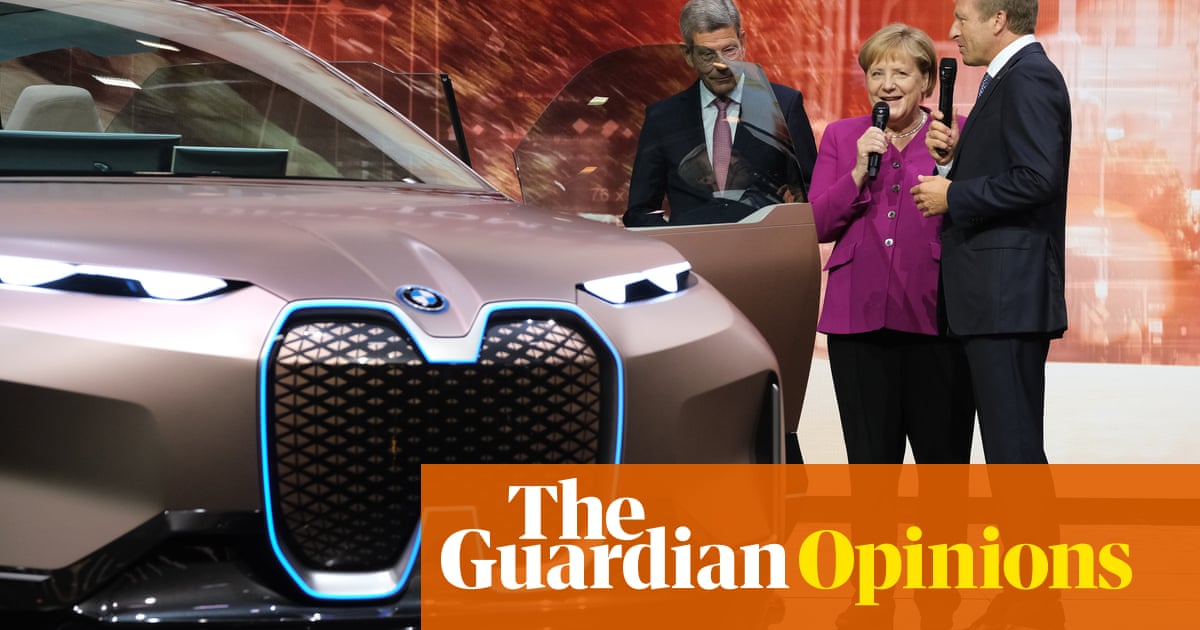 The air is clean and fresh, fish have reappeared in urban waterways, birds are frequenting uncut gardens, wild mammals are meandering through cities and greenhouse gas emissions will likely drop by an unprecedented 8% this year. Nature has clearly benefited from several months of dramatically reduced economic activity. From a climate crisis perspective, this drop in emissions is astonishingly close to the 7.6% yearly reduction in emissions that scientists have advised will be necessary during the next decade. And yet none of this is cause for celebration.

The resilience of nature is temporary, and will last only as long as the lockdown is enforced. More importantly, the reduction in greenhouse gases is not the result of decarbonising the economy, but the unintended consequence of economic paralysis that has come with painful human consequences and huge costs to lives and livelihoods. This is not what addressing the climate crisis looks like. The thoughtful reduction of greenhouse gases has to be intentional not circumstantial, sustained not temporary. Above all, it must lead to improved human wellbeing, not to human or economic suffering.

There is a second inadvertent link between climate crisis and the coronavirus pandemic that is perhaps less examined. The recovery packages designed and implemented by governments to rescue the ailing global economy could rise as high as $20tn over the next 18 months. The scale of this stimulus will shape the contours of the global economy over the next decade, if not longer. This is precisely the decade when climate scientists have warned global emissions will need to be cut by half in order to reach a sustainable trajectory. In the midst of the crisis wreaked by the pandemic is an opportunity: to ensure rescue packages don’t merely recover the high carbon economy of yesterday, but help us build a healthier economy that is low on carbon, high in resilience and centred on human wellbeing.

The case for rebuilding our economies in line with environmental targets has broad public support. A recent poll from Ipsos Mori shows that 71% of the global population understands that climate change is as at least as serious a crisis as Covid-19, and 65% think the former should be prioritised in the economic recovery. This is not only in industrialised countries that can more easily afford to green their economies; 81% of the citizens in India and 80% of people from Mexico were also strongly in favour of a green and healthy economic recovery.

One of the first institutions to call for this dual approach was the International Energy Agency, which will publish a report this month detailing policies that governments could adopt to chart the course of recovery while decarbonising their economies. Meanwhile the International Monetary Fund is not only advising that fiscal stimulus packages should be based on green measures, but going as far as recommending scrapping fossil fuel subsidies and taxing carbon.

A growing number of corporate leaders are also calling for government stimulus packages to have green strings attached. In the UK, the call from a group of major business leaders for the government to embrace a green recovery was answered by the prime minister’s statement that the UK’s commitment to delivering net zero emissions “remains undiminished”. In Europe, 180 business leaders, policymakers and researchers explicitly urged the EU to build the recovery package around the Green Deal. Meanwhile the Spanish government recently released a draft law banning all new coal, oil and gas projects, establishing the direction of the Covid-19 recovery effort. In Canada, more than 320 signatories representing more than 2,100 companies have signed on to support a resilient recovery.

Perhaps most surprising are the carbon-intensive industries that have confirmed they are continuing to decarbonise despite the pandemic, including BP, Shell, Daimler and Rio Tinto. Elsewhere, eight investment groups, including BNP Paribas Asset Management, DWS and Comgest Asset Management, have urged corporates to maintain their focus on decarbonisation while dealing with the consequences of the recession. The Net Zero Asset Owner Alliance, a group of institutional investors representing more than $4.6tn in assets under management (AUM), remains committed to an “irreversible shift to a resilient, net-zero and inclusive economy”. And BlackRock, the world’s largest asset manager, with $7.4 tn AUM, has pledged to punish the directors of companies that fail to manage environmental risks in 2020.

The world wasn’t ready for a Green New Deal in 2009. Today, it may be | Larry Elliott

But it’s not all good news. For every corporate actor that has shown a commitment to greening the economy, there are many that haven’t adhered to these values. Some have used the crisis as an opportunity to roll back environmental commitments or push through controversial projects and laws. Plastic companies in the US have lobbied to reverse single-use plastic laws, while three states have criminalised environmental protest. In Europe, car manufacturers are pushing to loosen emissions standards; globally, airlines are lobbying to stop using 2020 as a baseline emissions year, and China has announced it will loosen environmental legislation to boost the post-coronavirus recovery.

This is the moment to raise voices everywhere and remind leaders of their chief responsibility: protecting their citizens and putting human wellbeing at the centre of the decision-making process. Some of this is already happening. Organisations representing more than 40 million health professionals from 90 countries worldwide have just published an open letter to G20 leaders and their chief medical advisers in support of a “healthy recovery” where carbon emissions would be massively reduced.

Crises are a moment of rupture and change. In the midst of the pandemic, we face a choice between recovering the carbon-intensive global economy that has set us on the path towards environmental breakdown, or accelerating the transition towards a future that prioritises the health of people and planet. Today, that future may be closer within our reach than it was at the beginning of 2020.

• Christiana Figueres was head of the UN climate change convention that achieved the Paris agreement in 2015, and is the author of The Future We Choose