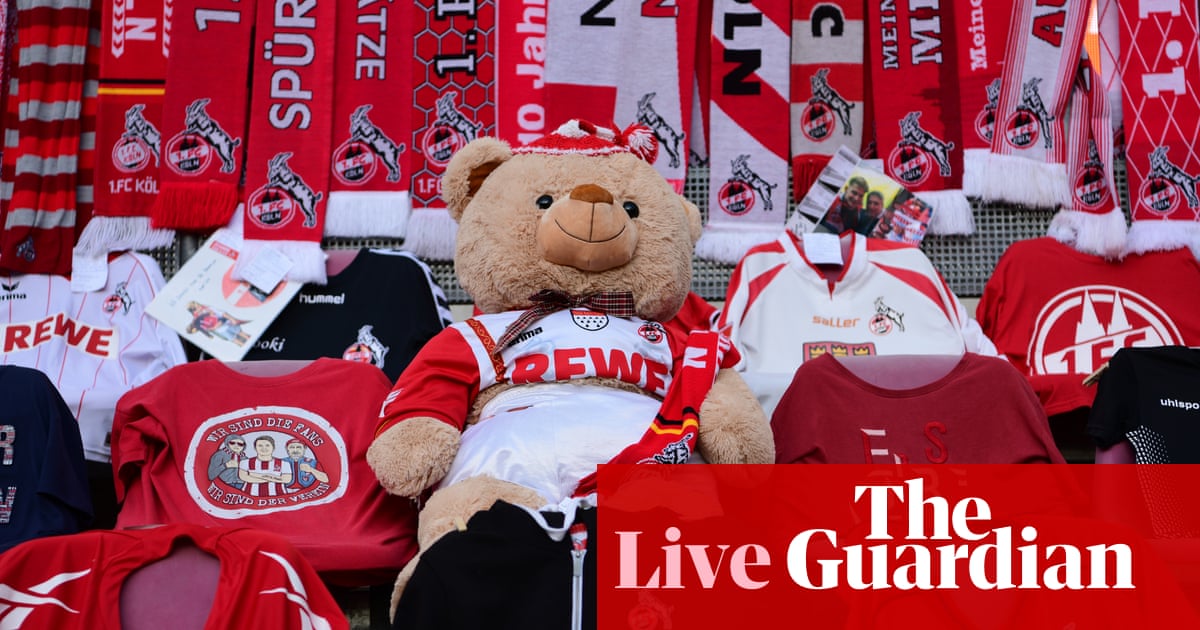 3 mins: A leisurely start, with the visitors working the ball around midfield.

Here we go, then. Cologne in white shirts and red shorts, RB Leipzig in a tasteful navy number.

Not too long to go now. This will be the first Bundesliga game played in the month of June for 25 years. Truly, these are different times.

Catch up on Schalke, Sancho and all the other weekend talking points with Andy Brassell’s weekly Bundesblog:

European football’s spring shutdown came at a particularly bad time for RB Leipzig, who had just swept Spurs aside to reach the Champions League quarter finals, and were still in the Bundesliga title race despite a couple of stumbles.

Since the restart, Julian Nagelsmann’s men have been held at home by Freiburg and Hertha Berlin, while Bayern have disappeared over the horizon. Leipzig kick off here in fifth place, under pressure to book a return ticket for Europe’s elite competition.

This could be another test of nerve, with Cologne safe in mid-table after a winter revival under new coach Markus Gisdol. Cologne haven’t won since the restart but have offered plenty of attacking threat and entertainment.

The Billy Goats lost a two-goal lead against Mainz, dramatically grabbed a draw at home to Fortuna Düsseldorf, then lost at Hoffenheim in a four-goal, two-red-card showdown. So, this should be good. Kick-off 8.30pm local, 7.30pm BST.