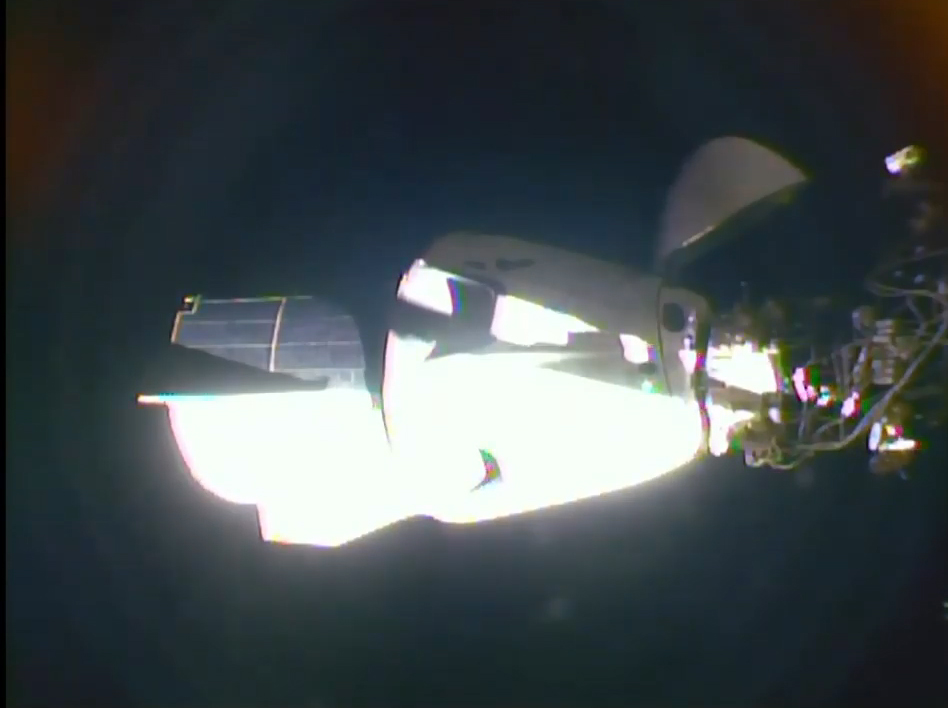 SpaceX’s first Crew Dragon spaceship to carry astronauts slid into a dock at the International Space Station Sunday (May 31), concluding a historic 19-hour voyage to for its veteran NASA crew.

“It’s been a real honor to be just a small part of this nine-year year endeavor since the last time United States spaceship has docked with the International Space Station,” said Hurley, commander of the Dragon capsule, as he thanked the SpaceX and NASA teams.

SpaceX launched Behnken and Hurley into space Saturday on a test flight, dubbed Demo-2, that lifted off from NASA’s Kennedy Space Center in Florida. Their Crew Dragon docked itself at the station 10:16 a.m. EDT (14216 GMT) as both spacecraft sailed 262 miles (422 kilometers) above the border of China and Mongolia.

“Dragon, arriving,” NASA astronaut Chris Cassidy said from inside the station as he range a traditional ship’s bell. “Bob and Doug, we’re glad to have you as part of the crew.”

While today’s docking was completely automated, Hurley did take manual control of the Crew Dragon spacecraft (which he and Behnken have christened Endeavour) during a final test. The ship handled just like the simulator, he said.

Behnken and Hurley themselves haven’t quite made it into the space station, however; arriving is a long process. After Crew Dragon docking, the astronauts are scheduled to remain in the capsule for more than two hours as they conduct leak checks.

But the festivities will then begin as the pair join NASA colleague Chris Cassidy and Russian cosmonauts Anatoly Ivanishin and Ivan Vagner, who have been in orbit since April. The established residents will hold a welcoming ceremony for their new roommates this afternoon, NASA officials said.

Behnken’s and Hurley’s arrival brings the inhabitants of the U.S. side of the space station up to three astronauts, and the trio will hold a news conference tomorrow (June 1) at 11:15 a.m. EDT (1515 GMT).

The two new arrivals will spend up to four months living and working on the orbiting laboratory. NASA is seeking to maximize their time in orbit, since astronaut time is a precious commodity, while balancing the fact that Demo-2 is a test mission. SpaceX’s first full-fledged astronaut mission to the space station, Crew-1, can’t blast off until after Demo-2 smoothly returns to Earth.

Right now, the agency is targeting Aug. 30 for that launch, NASA Administrator Jim Bridenstine said during a news conference on May 26.