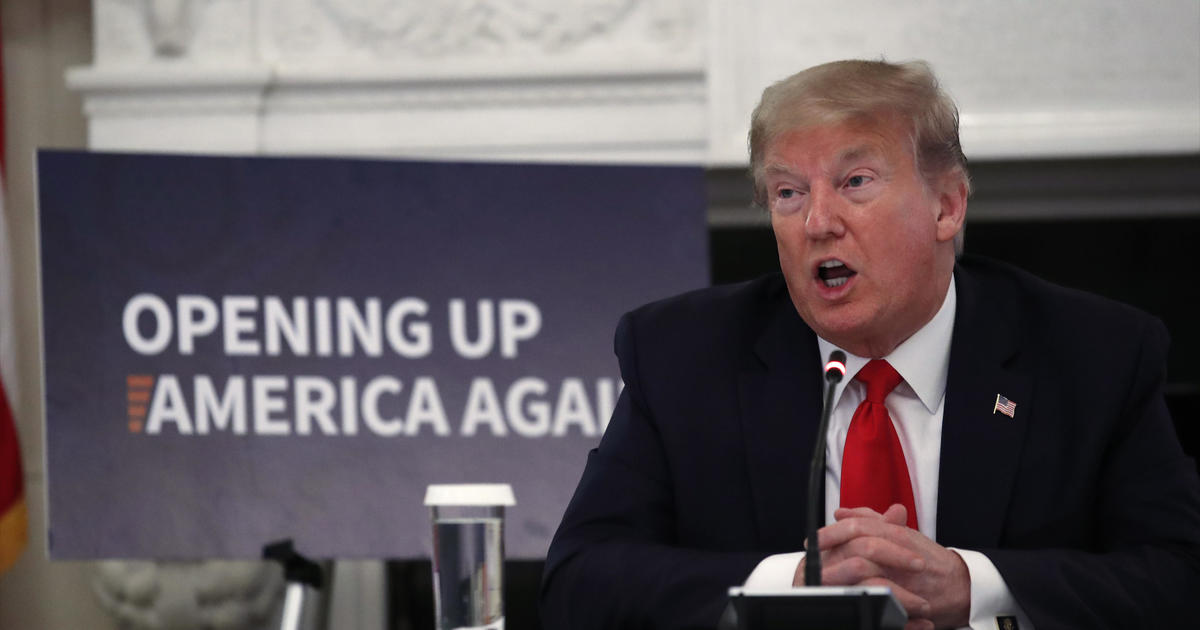 President Trump on Friday described the death of George Floyd as a “terrible thing” and said he believed protests over his death should be “peaceful.” Floyd was handcuffed by a while officer and pleaded for air while the officer kneeled on his neck, an interaction that was captured on video after his death. Four officers in the incident were fired, and on Friday, Derek Chauvin was taken into custody and charged with third-degree murder and manslaughter.

Mr. Trump said during a Friday afternoon roundtable that he had spoken to Floyd’s family

“I thought it was a terrible thing. A terrible picture,” the president said. “I think that its- its sad in so many ways from the stand point of the family. When you look at George Floyd and his family. And you see what that’s done to them just a terrible thing. He was in tremendous pain obviously. And couldn’t breath. It was very obvious to anybody that watched it. It was a very, very sad thing for me to see that.”

After Twitter flagged that tweet as violating its rules about glorifying violence, the White House reiterated the message of the president’s tweet — even though by then many online had pointed out the quote’s racially charged history.

“Well I’ve heard that phrase for a long time, I don’t know where it came from, where it originated …” Mr. Trump said.

“Well I don’t know I’ve also heard it from many other places, but I’ve heard it for a long time, as most people have,” the president continued. “And frankly it means when there’s looting people get shot, and they die.”

The president acknowledged that there were some “good people” present at the protests in Minnesota who simply wanted to speak out against what happened to Floyd, after tweeting overnight about “thugs”

Mr. Trump said the Justice Department is looking at the matter “very strongly.”