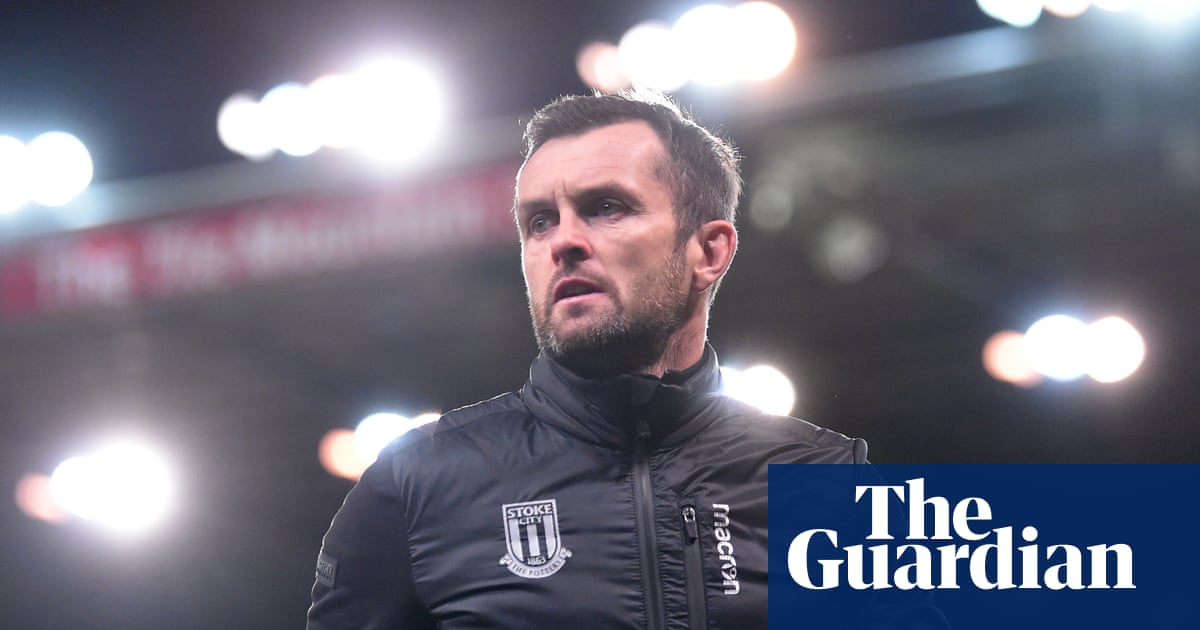 They say never go back but, 16 months on from an acrimonious exit, Nathan Jones’s return to Luton ranks as one of the more unlikely managerial comebacks. “People say you shouldn’t do this, you shouldn’t do that but deep in my heart this feels right,” he said. “I’ve had time to think and talk it over with my wife and the key people in my life, and that includes going to God with it, and it sits right. I have peace with this decision – other decisions I’ve made, I haven’t. When I have peace, they are normally the right decisions.”

Some supporters still have grievances with Jones for what they deemed a sly and sudden departure to Stoke, where he lasted seven months before being sacked in November with the club in the Championship relegation zone. But it was not just fans left with a sour taste in the mouth when the Welshman moved on midway through a season that culminated in Luton being crowned League One champions.

Jones’s exit cut so deep that, until not so long ago the club’s chief executive, Gary Sweet, ignored his calls and, at the time, the chairman, David Wilkinson, said the manager “showed that he is not the man he professes to be”. It was Mick Harford, who had stepped up from recruitment officer to finish the job of getting Luton promoted, who encouraged Sweet to pick up the phone to Jones. Now all parties regard the episode as water under the bridge.

“He’s man enough to admit he made a mistake,” said Harford, who will be assistant manager under Jones. “We believe we’ve got the manager who will not only get us out of trouble but move us forward.”

I had no other clothes on me. I either did it in a Stoke top or bare-chested, and that was a naive mistake

At a time when in politics sorry seems to be the hardest word, a remorseful Jones made it look easy during a virtual press conference on Thursday, discussing his regret at the sloppy manner of his exit – “that will never happen again” – and, at one point, apologising by holding his hands up. But there is no time to dwell on the past.

Luton are six points from safety with nine games remaining and, if they are to escape relegation Jones will need to, as Sweet put it, hit the ground sprinting. He failed miserably at Stoke – he won six of his 38 matches in charge – but has an opportunity to repair his reputation. “I’m a better manager now, ironically, than when I left,” Jones said. “I was tested to the absolute maximum, but I can guarantee you do learn far more through adversity about yourself than when things are hunky dory.”

Sweet cited Eddie Howe’s return to Bournemouth from Burnley as an example of how managers can successfully retraced their steps and there are others in the Football League who have had joy in going back for seconds, notably John Coleman at Accrington, the outgoing Nigel Clough at Burton and Mark Robins, who has led Coventry to the League One summit. It is not always plain sailing – returns to Blackpool and Stevenage for Simon Grayson and Graham Westley respectively ended in tears earlier this season – and, unlike Howe, Jones has some making up to do with fans, as well as some players. Supporters felt particularly betrayed when, two days after leaving, Jones was pictured cradling the League One manager of the month award – won with Luton – in a Stoke tracksuit. “I had no other clothes on me,” he said. “I either did it in a Stoke top or bare-chested, and that was a naive mistake.”

Jones’ stock has fallen but he turned down several offers to return to management sooner and, via that sojourn at Stoke, he has an opportunity to continue what he started four years ago when he galvanised and energised a mid-table League Two team that were going nowhere fast. The squad is almost identical to the one he fine-tuned and left behind, but for  Alan Sheehan, now of Lincoln, and the marauding full-backs James Justin and Jack Stacey, now of Leicester and Bournemouth respectively. Fifteen players he signed are still at the club.

At Stoke he failed to get results from the most expensively assembled squad in the division and yet, at Luton, he eked out every last sinew from each player, some of whom have struggled to reach the same heights since. “I had just left a group [at Luton] that basically would have run over their granny for a win,” he said last year. “When I came here [to Stoke], that wasn’t quite the case.”

Graeme Jones, his successor and predecessor at Luton, switched tactics and personnel – Elliot Lee and George Moncur were pushed to the fringes, while only the captain Sonny Bradley, Matthew Pearson, Pelly Ruddock and James Collins started both Luton’s last game against Wigan in March and Nathan Jones’s last league game in charge. An emotional, heart-on-the-sleeve character, Jones is determined to gain redemption and has another chance to make his mark.

“It’s like a scene from ET [at training] at the minute because of all the testing; the league protocols are all in place and it’s very surreal,” he said. “But it feels like home and that was a big, big thing to come back.”