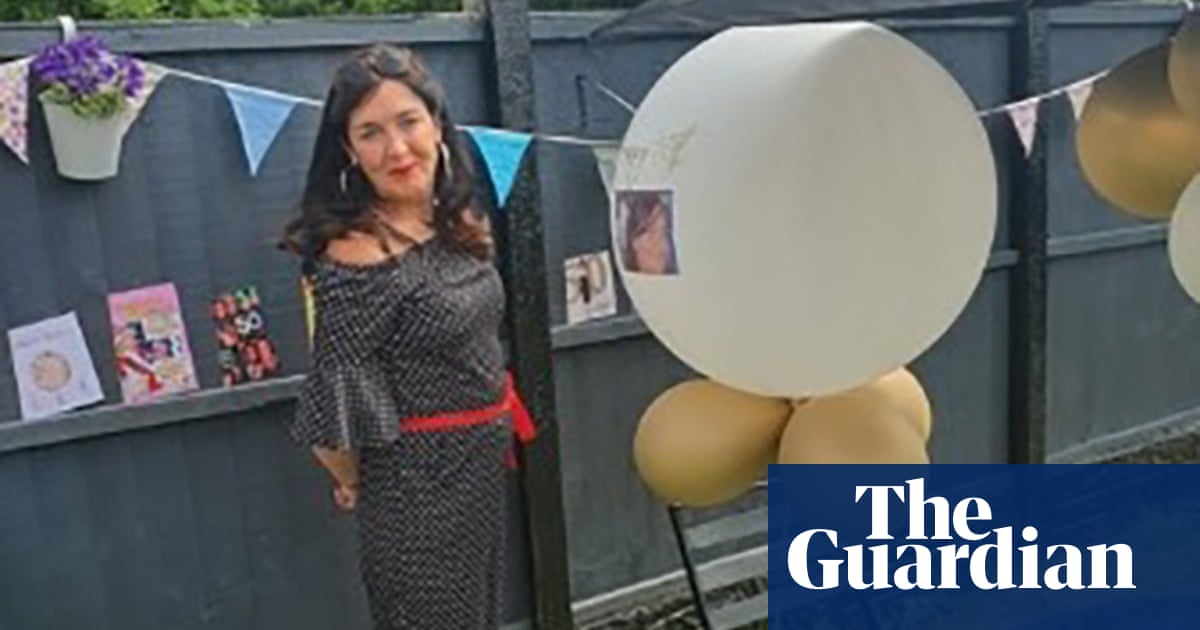 Liverpool’s deputy mayor has temporarily stepped down after video footage emerged of a gathering in her garden during the strictest phase of the coronavirus lockdown.

The Labour councillor Lynnie Hinnigan told the Liverpool Echo that the event for her 50th birthday was not a party, and that she had stayed away from family and friends.

Video clips, which appear to have been uploaded on to Instagram on 9 May, show 12 people gathered in Hinnigan’s garden, where a large number of chairs are laid out and bunting and balloons adorn the fences.

The Labour party said she had “voluntarily and temporarily” stepped down from her duties while the event being investigated.

Current lockdown measures, which were eased on 13 May, stipulate that only two people from different households can meet in outdoor settings – such as parks – as long as they stay more than 2 metres apart.

The news of Hinnigan’s gathering comes after a series of political figures were accused of acting against public health advice.

On Thursday, Peter Gibson, the Conservative MP for Darlington, said he made a 250-mile journey on a train home while experiencing coronavirus symptoms in March, before the nationwide lockdown. He said he was advised to make the trip home by the MPs’ coronavirus helpline.

Hinnigan, who became one of three deputies to the Liverpool mayor Joe Anderson in 2018, told the Echo the event in her garden had been secretly arranged by her daughter, and family and friends had only come to drop off gifts.

“I really wasn’t aware that it was happening, it was genuinely a surprise,” she said. “Everyone is finding lockdown hard, not seeing family and friends, but everyone should still follow the rules, stay alert, stay safe and socially distance, which is exactly what I told my daughter and the reason I never left the house.

“I am sorry if this has hurt anyone as it was never mine or my daughter’s intention. Many other families in our city have struggled throughout this period, we still need to follow the guidance until we can meet face to face again.”

In a statement, councillor Ruth Bennett, the chief whip of the Liverpool Labour group, said: “We have received emails regarding Lynnie Hinnigan and can confirm that she is being investigated.

“In the meantime, she has, in agreement with the mayor, voluntarily and temporarily stepped down from her council roles with immediate effect during the investigation into her actions.”

Richard Kemp, the leader of Liverpool city council’s Liberal Democrat opposition, called for Hinnigan to resign. He said on Twitter: “Those of us in public life must set an example not find excuses.”

Earlier this month, the Liverpool Labour councillors Barry and Joann Kushner were referred to party whips after an image emerged of them relaxing with family members at their home in Allerton on the same day as the gathering in Hinnigan’s garden. On Thursday, Barry Kushner was suspended from his duties for two months by the Liverpool Labour group over the incident.

Under a cautious easing of the restrictions, Boris Johnson has announced that groups of up to six will be allowed to gather in gardens while keeping 2 metres apart from Monday.