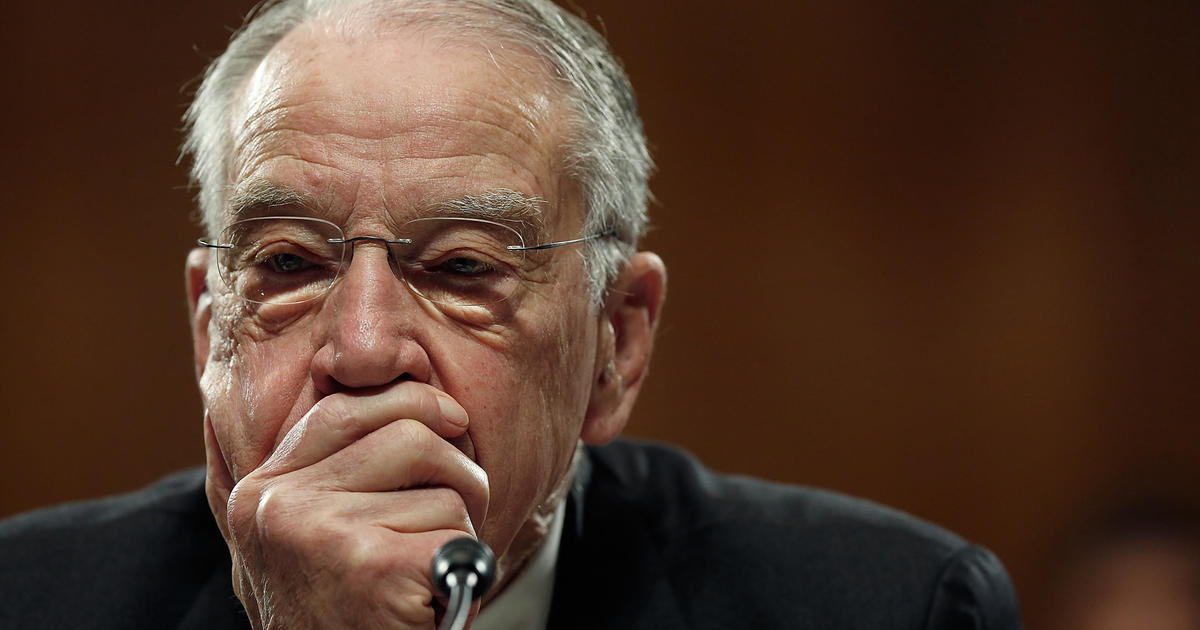 Of the five inspectors general, three were working in an acting capacity. They led the inspector general’s office of the intelligence community, Department of Transportation, Pentagon, Health and Human Services and State Department.

“Though the Constitution gives the president the authority to manage executive branch personnel, Congress made clear that if the president is going to fire an inspector general, there ought to be a good reason for it. The White House Counsel’s response failed to address this requirement, which Congress clearly stated in statute and accompanying reports,” Grassley said in a statement.

“Nor is placing political appointees from the overseen agency into an acting leadership position within an inspector general office acceptable, especially when those individuals are keeping their appointments at the same time. The White House Counsel’s letter does not address this glaring conflict of interest,” Grassley said.

Grassley, one of the few Republicans speaking out against the IG dismissals, has been demanding that the White House provide more information on them since April. When the White House failed to respond, he wrote another letter in May. The Iowa Republican has long advocated for protecting the independence of inspectors general across Republican and Democratic administrations.

Cipollone’s five-page letter emphasized that the president has the constitutional authority to do as he sees fit, reiterating the loss of confidence argument that the Trump administration has used in the past.

“When the president loses confidence in an inspector general, he will exercise his constitutional right and duty to remove that officer — as did President Reagan when he removed inspectors general upon taking office and as President Obama did when he was in office,” Cipollone wrote.