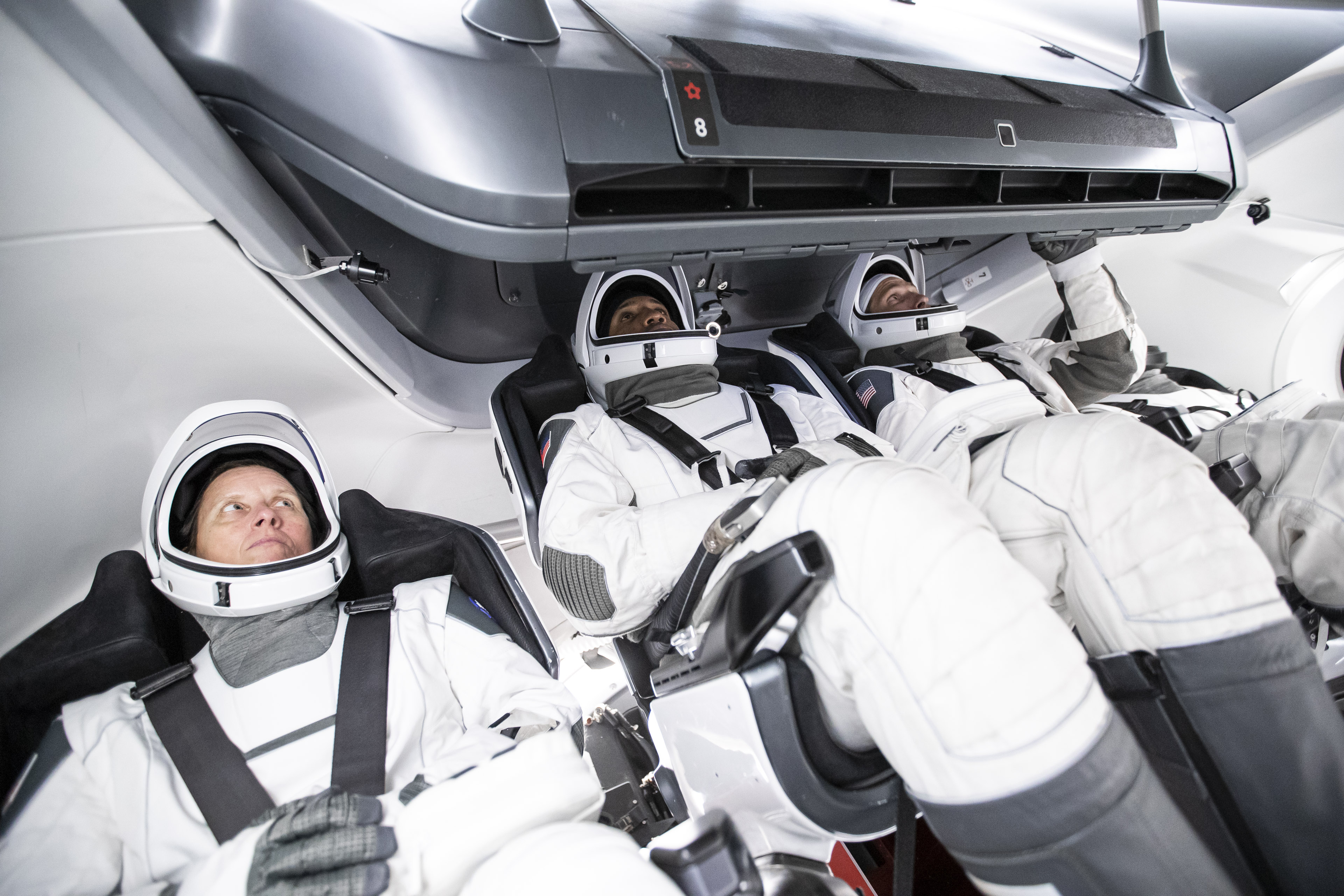 SpaceX has a new toilet! So, to answer the burning question of every kid (and most adults): what is this space toilet like?

The company’s new waste removal system (that’s space talk for a toilet) is set to launch aboard the Crew Dragon capsule tomorrow (May 27) as part of the Demo-2 test flight to the International Space Station. Veteran NASA astronauts Bob Behnken and Doug Hurley will launch on this historic mission from NASA’s Kennedy Space Center. But they won’t arrive at the space station until the next day (May 28), so it’s important that there’s a toilet on board.

So what makes SpaceX’s toilet special? We don’t know the details yet. “I don’t know the potty answer to the potty question,” Hans Koenigsmann, SpaceX’s vice president of mission assurance, said during a news conference Monday (May 25) in response to a question about the toilet.

But we should know more about this mysterious space toilet once the astronauts return to Earth.

However, it’s possible that it won’t be getting much use at all. According to former NASA astronaut and current SpaceX consultant Garrett Reisman, astronauts would often just “hold it.”

“I can tell you from personal experience, and data collected by NASA — it’s kind of like going on a camping trip, in the sense that, for the first 24 hours, your body kind of shuts down a little bit as far as the digestive system goes,” Reisman told Space.com. “So, I guess where I’m going with this is, I don’t think there’s going to be a whole lot of pooping on Dragon.”

So, while we wait for Hurley and Behnken to return and report what the toilet’s like (and whether or not they used it), let’s review some of the most interesting waste-removal systems that have been used on previous spacecraft and in earlier space programs.

More: The Scoop on Space Poop: How Astronauts Go Potty

More than 50 years ago, NASA’s Apollo program took human spaceflight to another level with its groundbreaking flights and crewed lunar landings. But, while the Apollo missions made history, the Apollo astronauts had no toilet.

Instead, astronauts urinated into a “relief tube” (designed only for male astronauts, since NASA only employed male astronauts at the time) which emptied into a bag and did the rest of their “business in bags that they had to knead, roll up, and take back to Earth to be tested.

Fast forward to NASA’s space shuttle program, and astronauts finally had toilets. The shuttle toilet was known as the Waste Collection System (WCS). The system used rotating fans to distribute solid waste in a container that was exposed to the vacuum of space to dry it out.

Liquid waste, however, was let out into space. However, on STS-3, a shuttle test flight, the system failed and astronauts Jack Lousma and Gordon Fullerton had to can their waste in a backup system, containers called fecal containment devices (FCDs).

Thankfully, space toilets have continued to improve and, on the International Space Station, astronauts have two toilets — which are in two modules named Zvezda and Tranquility — one in the Russian module and one in the U.S. module on the space station. Like the shuttle systems, the current toilets also use a fan system to distribute and suction waste. Liquid waste from the toilets is collected in separate containers from solid waste, which was stored in bags inside of aluminum containers.

NASA is working to improve their waste removal system for its Orion spacecraft.

This new space toilet is known as the Universal Waste Management System (UWMS). The UWMS is designed to be “a compact toilet system that can be used across multiple future crewed vehicles and habitats,” according to NASA’s website.

NASA officials have said that they aim for this next-generation space toilet to not only perform better than previous models, but also be more comfortable for astronauts.