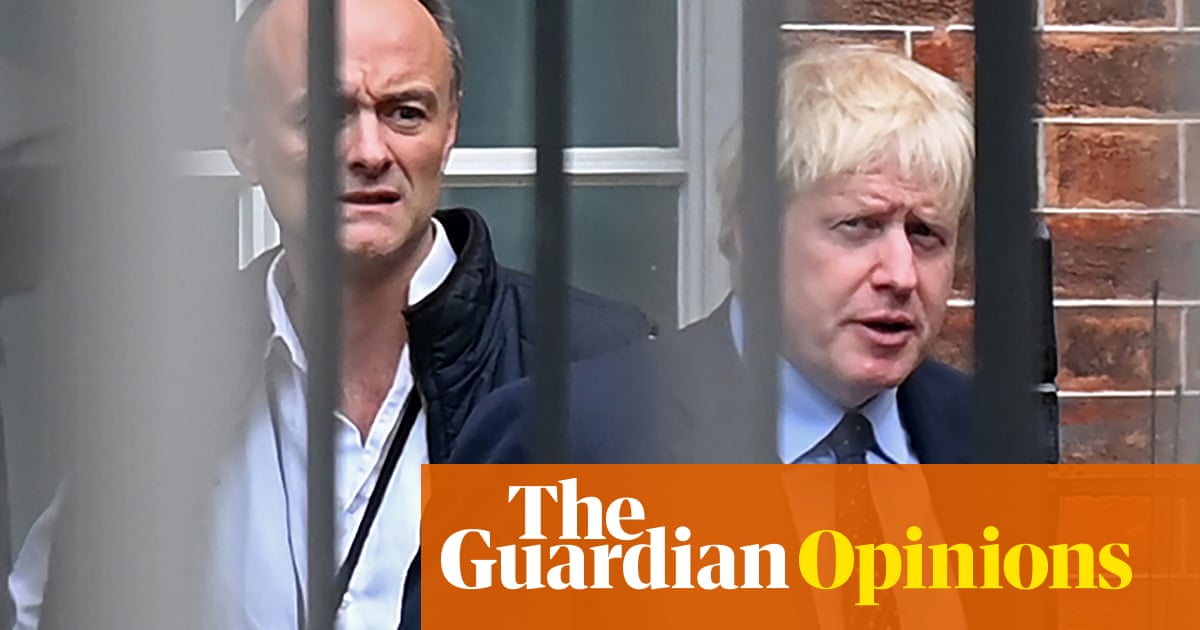 It is not news that Boris Johnson and Dominic Cummings treat rules with contempt. But there is one rule even they might be expected to obey, because it is crucial to the maintenance of power. Never, ever, make the people who place their faith in you feel like fools.

Or, to put it another way, never let the people who think they are making a sacrifice realise that in fact they are the sacrifice. Before breaking this rule so flagrantly, Johnson and his consigliere would have done well to consider the fate of what used to be one of the most powerful institutions on these islands: the Irish Catholic church.

Watching the Cummings road movie made me think, disturbingly enough, of my mother. She was, for almost all of her life, a devout Catholic – and it’s the “almost” that is most interesting. She was a kind and compassionate woman, and she did not judge other people. But she followed the rules. There was one rule in particular she found awfully hard: the church’s ban on contraception. But she believed in the authority of the church. She made the sacrifices, and did what she was told.

I will never forget her rage and disgust when, in her late 70s and early 80s, she discovered that the same church she loved and obeyed had been covering up the sexual abuse of children for decades. She was revolted by those crimes, of course. But she also felt that the bishops had made a mockery of her faith. They made her feel gullible. Her belief that she and the people she looked up to were together in this thing, that they had shared a tough commitment and the pain it involved, had turned out to be a charade.

She was not alone. And there was no going back from this moment of betrayal. The authority of the church melted away in the heat of this anger. For while people forgive their leaders a great deal – often far too much – there is no forgiveness for that terrible moment when you realise that the anguish you have endured for the greater good was, to those in authority, just a mark of your credulousness and inferiority.

If Cummings were half as smart as he is supposed to be, he would have shown in his press conference some glimmer of understanding that this kind of betrayal is of a completely different order to the one he and Johnson engage in so routinely. The ordinary treachery of saying one thing and doing another – there will be £350m extra every week for the NHS; there will never be a border in the Irish Sea – is mother’s milk to them. Perhaps because it is so habitual or because they are so used to getting away with it, their sense of how it works has become dulled. They missed the crucial fact that this time it’s different. This time it’s personal.

The mundane duplicity that is Cummings’ and Johnson’s stock in trade comes with a knowing smirk: you didn’t really think we meant that literally, did you? It is part of an elaborate, highly performative, game. But the rules for collective survival in a pandemic are not ironic. They are intimate. They are embodied. They are the detailed texture of the lives we live every day. Like the rule that said Catholics must not use contraceptives, they inhabit people’s most private selves. You mock those selves at your peril.

If we were all coolly rational creatures, the reasons why Cummings should not be anywhere near the levers of power in a self-respecting democracy would already have been abundantly clear. His contempt for law and order was obvious from Vote Leave’s flouting of funding rules in the 2016 Brexit referendum. His scorn for the very idea that he might be held to ordinary standards of public accountability was amply demonstrated by his literal contempt for a parliamentary committee looking into that abuse. But he got away with that stuff.

So why does his odyssey during lockdown produce a whole different kind of emotion? Because it reaches into the innermost experiences of millions of people. It cuts right through to the pain of a loved one dying alone, of grandchildren growing distant, of precious human bonds being forcibly severed. It grabs hold of that torment and it squeezes the meaning out of it.

We endure these things individually because we understand ourselves to be also enduring them collectively. Cummings’ actions – and, even more, Johnson’s valorisation of them – strip away the second part. The big, communal and institutional structure that gives a value to the millions of individual sacrifices has been kicked away – in Johnson’s defence of Cummings, the only value is the individual “instinct” of the members of the ruling caste. To use the Blitz analogy that England apparently cannot escape, it’s fine to leave your lights on during the blackout if you’re an important person with documents to read.

As the Catholic church found in Ireland, people don’t forgive this violation of the sense of meaning that gives dignity to their own sufferings. They don’t forgive because they can’t forget. This kind of betrayal is not just an event out there in the public world of media and politics and power. It is an experience that happens to every citizen individually and privately. It is not possible for people to think about it without thinking of love and loss, of the grief they have felt and the intimacies they have foregone. To do so is to hear, as the soundtrack to the images stored from these months in the mind and the heart, an unpardonable snigger of elite condescension.

• Fintan O’Toole is a columnist with the Irish Times