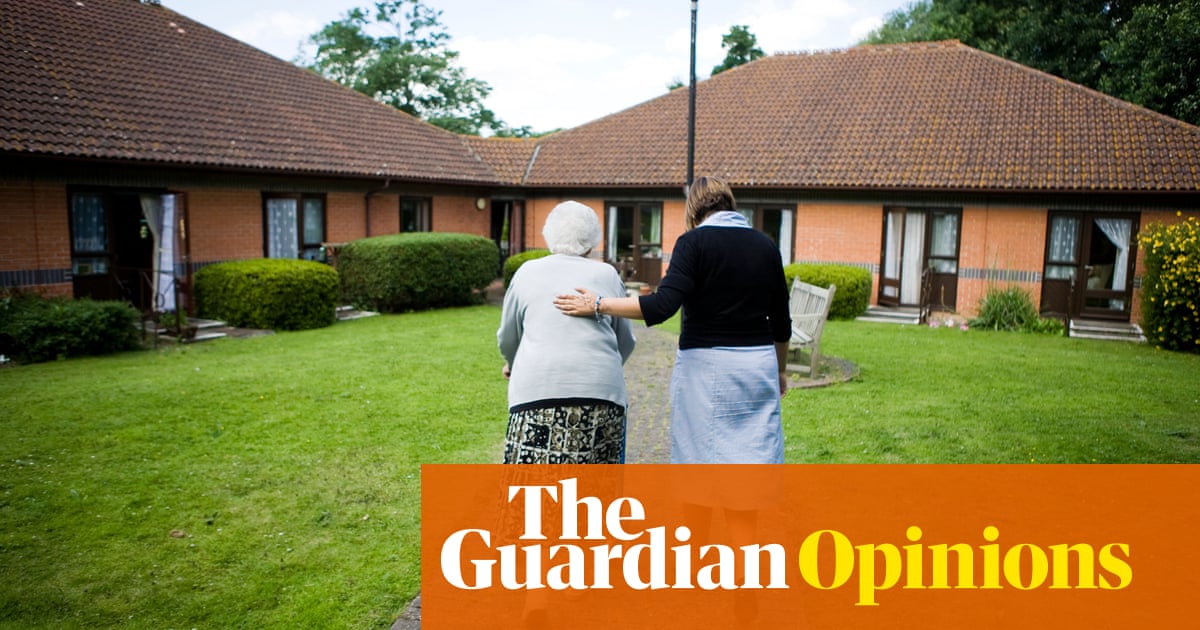 What is the outlook for care homes? Polling suggests 31% of us are less likely to seek residential care for an older relative in light of coronavirus. Among people aged 65 or over, 40% are less likely to consider it for themselves.

No one questions the extraordinary dedication and bravery of care home workers, or overlooks the majority of homes that have remained virus-free. But the sector will clearly struggle to fill the beds left empty by, so far more than 12,000 virus-related deaths of residents in England and Wales. That’s the official number, other calculations put the figure at possibly twice that in reality – on top of the usual pre-crisis number of daily deaths of almost 400.

Many staff have performed miracles to try to sustain the vibrant, warm culture that can be found in the best homes. But no amount of reassuring video contact with family, or whooping drive-bys, can obscure the truth that more than 400,000 older or disabled people are isolated indefinitely in environments ideal for a virus to let rip if it gains a foothold.

The Guardian view on care work: a vocation that has been betrayed | Editorial

Some families have been making efforts to extricate relatives from residential settings – far from easy, especially if the individual is subject to safeguarding measures – but few are calling to inquire about admission. Home managers are watching anxiously as occupancy rates slip further below the 87% reported in January, which is reckoned to be around the minimum for profitability. Homes with greater reliance on state-funded residents, for whom fees are relatively low, need a still higher umbers of residents.

Sector analysts Carterwood calculates that average occupancy will drift down to 79% by April next year. Not until October 2022, or possibly September 2023 depending on any second or third waves of the virus, will the rate return to 87%. The forecasts assume, perhaps optimistically, availability of a vaccine by May 2021.

While a drop of eight percentage points may not seem dramatic, operating surpluses lie mainly in that margin. More than eight in 10 of the UK’s 477,000 care home beds are provided by for-profit companies but, contrary to popular belief, most homes are not run by large operators with controversial financial practices: a study in 2018 showed that while the then nine leading companies accounted for less than 13% of all beds, some 5,000 small businesses accounted for almost 50%.

Property advisers Knight Frank told a recent Health Investor magazine webinar that they considered 27,000 homes with fewer than 20 beds “highly vulnerable” and expected widespread closures over the next two years – especially among the many needing modernisation and lacking en-suite facilities. Some “temporary” closures are already occurring.

For homes that can survive to 2022, however, the long-term picture may be much rosier. Carterwood is projecting occupancy rates at or exceeding 90% by the end of 2024 and Knight Frank believe the market will be at full capacity by 2029. Investors behind the big providers will be tempted to hold their nerve and soak up short-term losses. One reason for this is simple demographics – the number of people aged 85 or over is set to double over the next 25 years – but another is lack of alternatives to residential care.

That is not to say there are no alternatives. Despite periodic ministerial exhortations, experts agree that the UK is not about to undergo a cultural revolution and resume large-scale caring for older people within the extended family home. But there are other care models more commonly found in other countries.

One such model is live-in care, where a full-time care worker moves in to share the home of the older or disabled person. Promedica24, Europe’s leading provider of the service, claims its popularity in Germany has been a key factor in that country’s relatively low level of Covid-19 infection. But with charges of £700 a week for the most basic package, in addition to living costs and accommodating the care worker, it is hard to see it as anything other than a niche solution.

More promising is “extra care”, also known as “retirement communities”, in which older people have their own flat – either leasehold or rental – with communal facilities and on-site care support. These schemes went early into lockdown, with communal areas closed but extra services such as food delivery and daily check calls introduced. Arco, the sector’s trade body, says Covid-19 infection rates among its members have been very low, with the “vast majority” having only isolated cases and no outbreaks. The total number of deaths reported is “in the low double figures”.

Operators say word has spread: people have been buying flats unseen during the virus crisis and one company, Rangeford, is so confident of prospects that it has signed off a new scheme in Gloucestershire in recent weeks and started groundwork. But the sector remains small: according to Arco, just 75,000 people or 0.6% of all those aged 65 or over in the UK live in extra-care housing, compared to 6.1% in the US, 5.4% in New Zealand and 4.9% in Australia. Finding sites and getting planning consent is difficult and it can take seven years to get a scheme from conception to completion.

There are other options, from co-housing to intensive community support, which offer alternatives to life in a care home for people seeking more than drop-in domiciliary help. In the chastening aftermath of Covid-19, or at least its first wave, all should be thoroughly evaluated and, where proven, given central and local government backing to grow. Residential care will rise again, but it should not remain an automatic default.