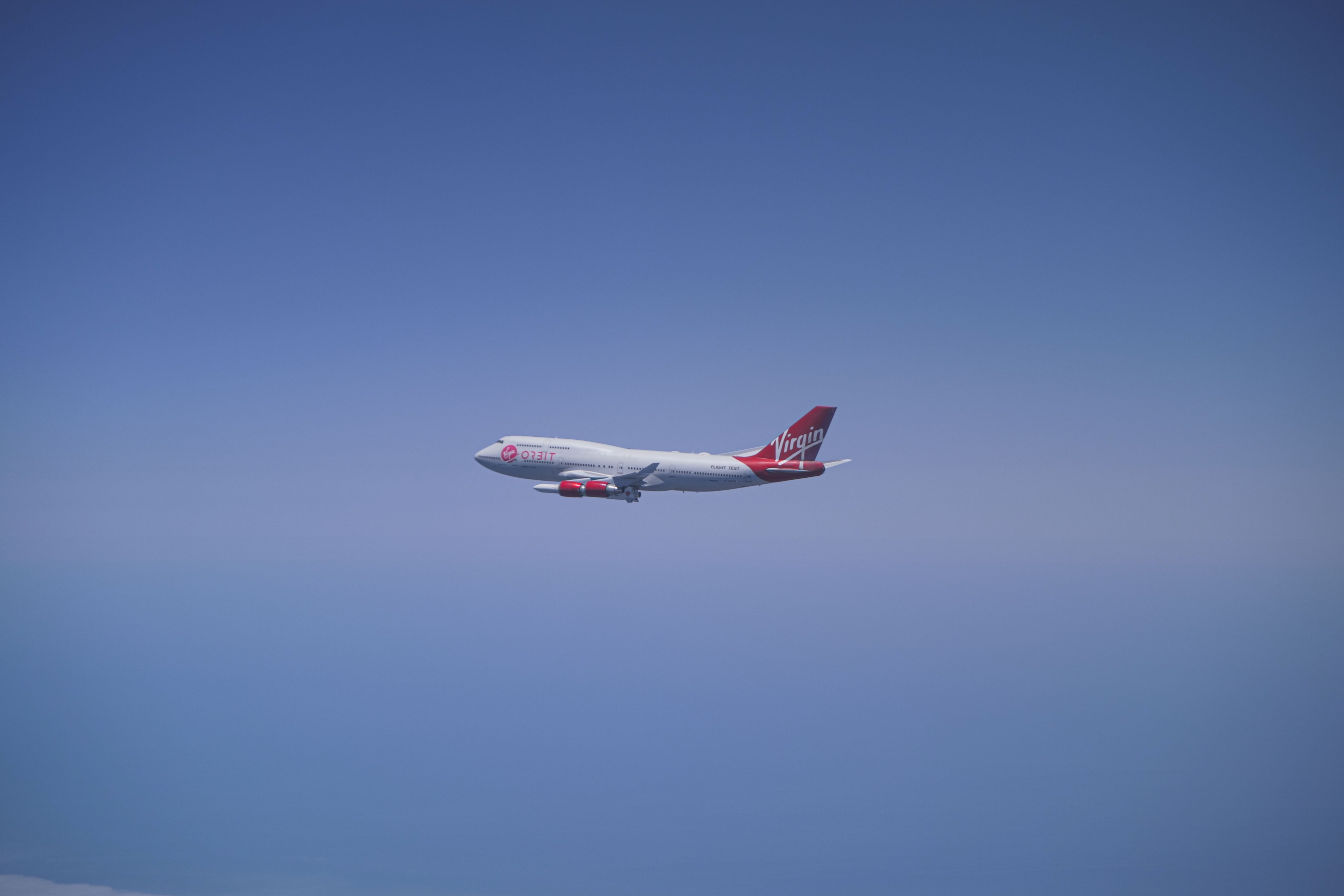 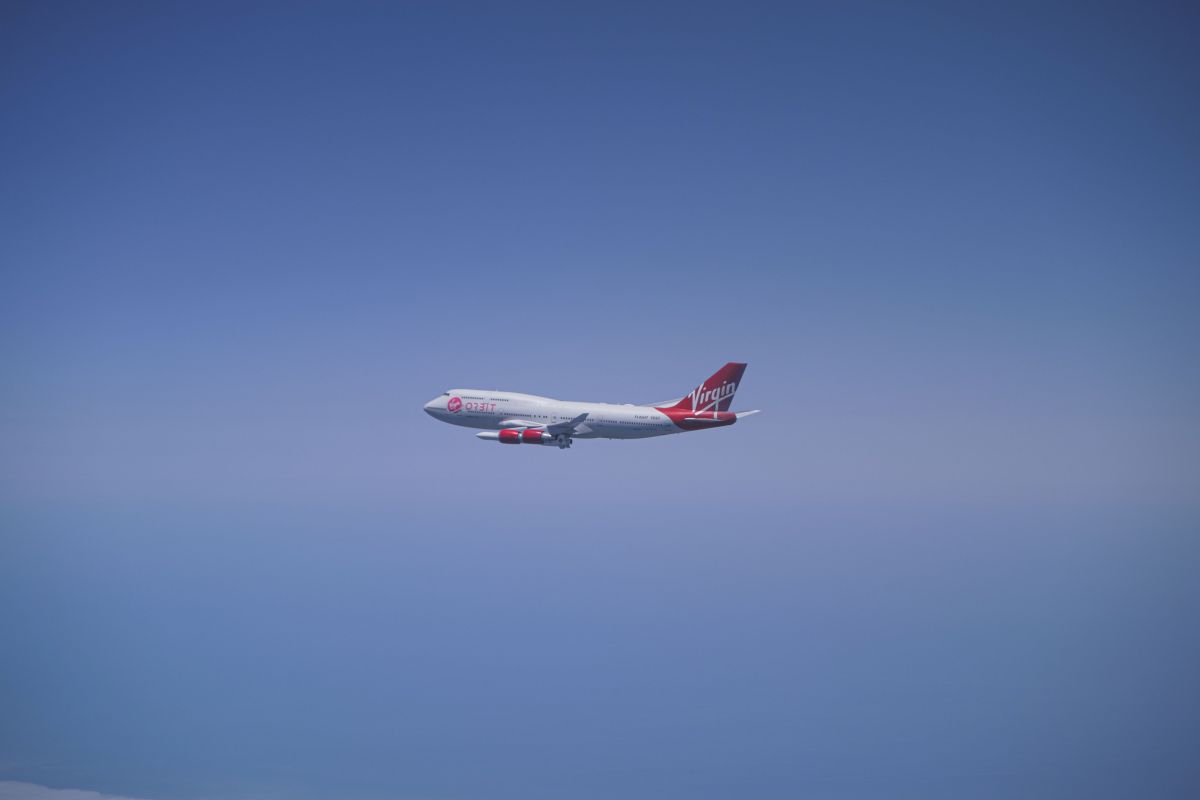 The company, which is part of Richard Branson’s Virgin Group, aimed to send its LauncherOne rocket to orbit for the first time today (May 25), during a test mission called Launch Demo. However, something went wrong shortly after LauncherOne separated from its carrier plane, which is called Cosmic Girl.

“We’ve confirmed a clean release from the aircraft. However, the mission terminated shortly into the flight. Cosmic Girl and our flight crew are safe and returning to base,” Virgin Orbit representatives said via Twitter today.

We’ve confirmed a clean release from the aircraft. However, the mission terminated shortly into the flight. Cosmic Girl and our flight crew are safe and returning to base.May 25, 2020

Cosmic Girl and LauncherOne have flown together plenty of times on “captive carry” tests, and the plane even released the rocket once before, during an unpowered drop test in July of last year. But Launch Demo was to be the first time the new rocket fired up in flight.

The action began shortly before 3 p.m. EDT (1900 GMT) today, when Cosmic Girl took off from Southern California’s Mojave Air and Space Port with the 70-foot-long (21 meters) LauncherOne nestled under one wing.

Cosmic Girl first flew west and then tacked southwest, headed for a drop point 50 miles (80 kilometers) south of the Channel Islands. About 50 minutes into the flight, Cosmic Girl reached the designated zone and released the two-stage LauncherOne, high over the Pacific Ocean.

The rocket was supposed to fire up its first-stage Newton Three engine for a 3-minute-long burn. The plan called for LauncherOne’s upper stage to then separate from the first stage and power up its Newton Four engine, which would take a dummy payload the rest of the way to low-Earth orbit (LEO).

Since debut launches such as this one fail about 50% of the time, Virgin Orbit didn’t risk putting an operational satellite aboard.

“It’s essentially a nice-looking inert mass that’s allowed us to practice all those things we wanted to practice,” Will Pomerantz, Virgin Orbit’s vice president of special projects, told reporters during a teleconference on Saturday (May 23).

Though Hart, Pomerantz and their Virgin Orbit colleagues would doubtless have loved to see LauncherOne reach LEO today, they were not banking on that outcome. The main goal of today’s flight, both men stressed, was to gather as much data as possible about the various Cosmic Girl and LauncherOne systems so that both can be assessed and tweaked as needed going forward.

“We see the data as the product, and the more data we get, the more valuable the flight is,” Hart said on Saturday.

Launch Demo was originally supposed to happen Sunday (May 24), but an issue with one of the rocket’s sensors pushed the flight back a day.

Virgin Orbit plans to claim a large chunk of the growing small-satellite launch market with Cosmic Girl and LauncherOne, which is capable of hauling to LEO payloads that weigh up to about 1,100 lbs. (500 kg).

There’s stiff competition in this sphere already. Rocket Lab offers dedicated rides to orbit with its Electron booster, for example, and SpaceX is making a push to carry smallsats as piggyback customers aboard its powerful Falcon 9 rocket.

“We can fly to space from anyplace that can host a 747, which is almost any place,” he said. “And we can go to any orbit.”

Virgin Orbit already has a number of customers lined up, including NASA, the U.S. Air Force and the U.K. Royal Air Force. The deals already inked represent hundreds of millions of dollars of business, Hart said.

It’s unclear when Virgin Orbit will be ready to start operational missions. But another test flight may not be far off.

“In fact, Virgin Orbit’s second orbital rocket is currently undergoing final integration on the shop floor of our Long Beach [California] facility,” company representatives wrote in the Launch Demo press kit. “And we’ve already started building and assembling the components for rockets out to our sixth mission. We planned for the long-term from the very beginning, establishing a manufacturing facility that could ramp up to supporting production of more than 20 rockets per year.”

Virgin Orbit isn’t pioneering air-launch, by the way. For example, sister company Virgin Galactic employs the strategy with its SpaceShipTwo suborbital spaceliner, the latest of which, VSS Unity, has already made two piloted test flights to space.

And Northrop Grumman’s satellite-launching Pegasus rocket has flown dozens of missions since its 1990 debut. The most recent came in October 2019, when Pegasus lofted NASA’s Ionospheric Connection Explorer (ICON) satellite to LEO.

Pegasus is a very different rocket than LauncherOne, however, employing solid propellant rather than liquid fuel like Virgin Orbit’s vehicle.