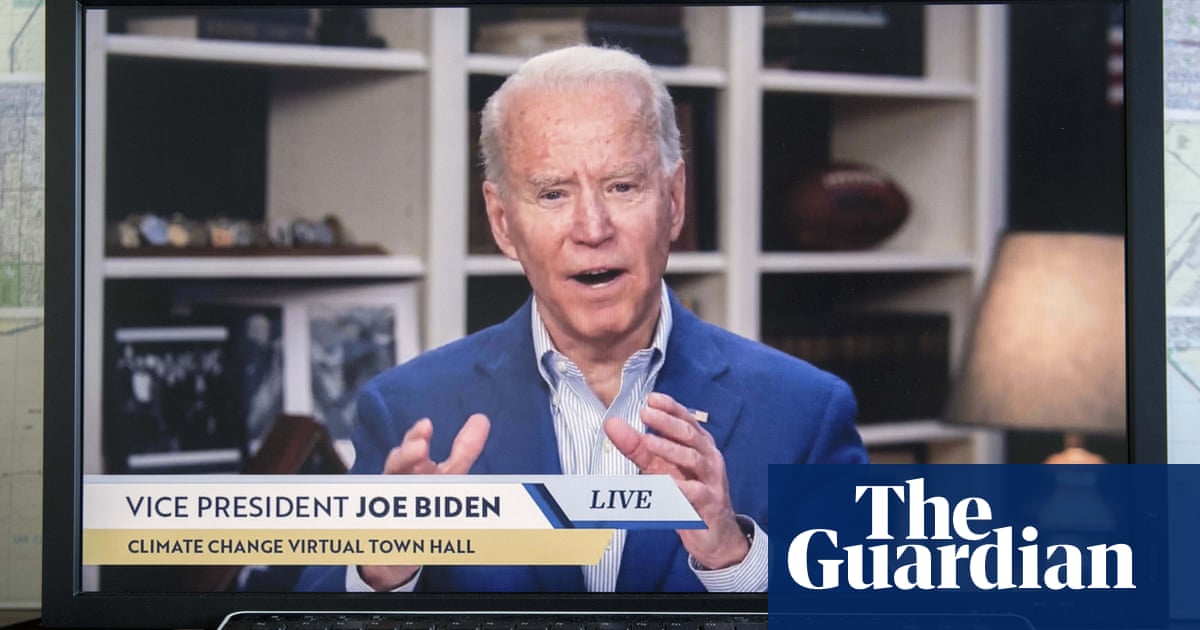 The coronavirus pandemic may have driven Joe Biden into his basement and forced his campaign online, but one crucial factor is still the same: his run for the White House still needs to raise giant amounts of money.

But, in these days of lockdowns and stay-at-home orders, campaign fundraisers do not include the usual finger food and wine or fancy parked cars outside a posh home right out of the pages of Architectural Digest.

Instead it has become normal to host a high-dollar fundraiser via online video conferencing services. The thing that hasn’t changed? The hefty price tags of what can be tens of thousands of dollars that donors are charged for glorified Zoom meet-ups, or even one-on-one video chats with the candidate himself or his powerful surrogates.

“So I think a lot of the draw is still there.”

According to a set of fundraising invitations for Biden’s campaign, obtained by the Guardian, upcoming fundraisers featuring him or high-profile surrogates still include the fundraising levels one would expect for physical high-dollar gatherings.

A Biden campaign event featuring the presumptive Democratic party nominee himself and moderated by the Sacramento mayor, Darrell Steinberg, and former California treasurer Phil Angelides starts out at the guest level of $500 and goes all the way up to a co-chair level at $41,100. A virtual reception on 27 May featuring the former South Bend mayor Pete Buttigieg starts out at $1,000 to be an “advocate”, and goes up to $50,000 to be a co-chair.

Events are still spotted with celebrities too. A “Rock out on a night in with Joe Biden” virtual fundraising event on 28 May includes performances by Sheryl Crow, Rufus Wainwright, David Crosby and Joe Walsh. Donations for that event start at $250 and go all the way to $100,000.

The events are lucrative. Hillary Clinton is scheduled to headline at least two events between mid-May and June for Biden and the Democratic National Committee. The first event on Tuesday raised $2m.

It’s not just the Biden campaign and Democrats, though, or even just presidential candidates. In Iowa, an invitation for a fundraiser for the Republican senator Joni Ernst on 3 June has fundraising levels ranging from $500 to $5,000. The invitation, reported by Politico, is not contingent on being in person or virtual.

“If it is not possible to gather in person for this event, we will host a virtual meeting and plan an in-person gathering at a later date,” the invitation read.

A fundraising invite for a 14 May event for the New Hampshire Republican congressional candidate Matt Mowers featuring the former New Jersey governor Chris Christie starts at $250 for the “individual” level and goes all the way to $1,000 for the chair level.

“A web link for this exclusive video conference will be emailed prior to the event,” the invitation read.