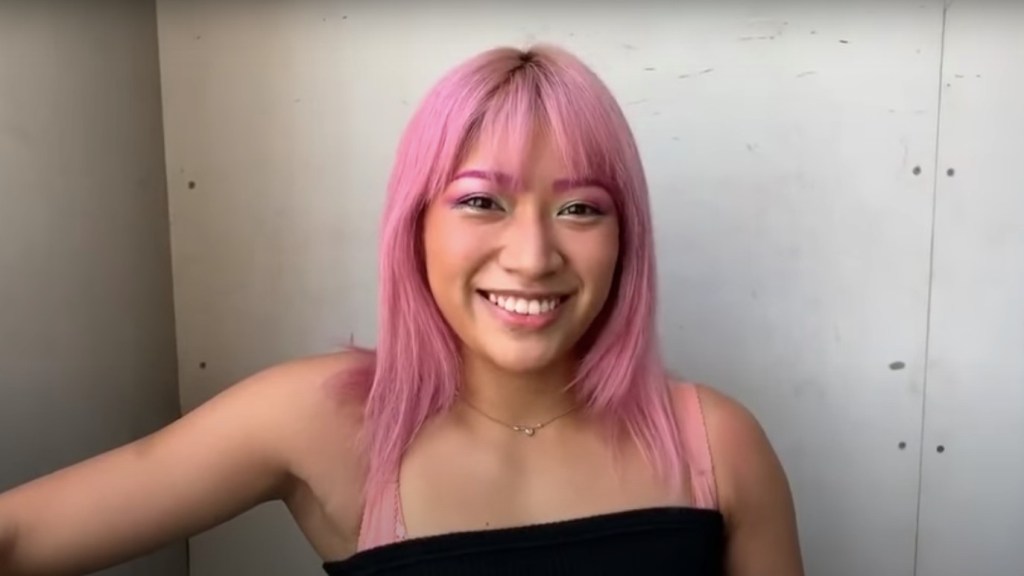 On May 23, Stardom wrestler and Terrace House cast member Hana Kimura died at the age of 22. Her death, which appeared to have been by suicide shortly after she posted a series of social media posts that displayed emotional distress and images of self-harm and mentioned online harassment she had been receiving, shocked the wrestling world and drew mainstream media attention. A few days later, Kimura has received moving tributes from her friends, fans, and fellow wrestlers, and more information has been shared about the circumstances of her death.

Some of Kimura’s friends and coworkers have shared some details about her passing on social media, with the most information coming from Kairi Sane, who worked with Kimura in Stardom before signing with WWE. Sane tweeted, “It was early afternoon US local time (but in the middle of the night in Japan) when we saw her tweets. Io-san and I immediately called Jungle Kyona and Mr. Rossy Ogawa on the telephone. Kyona immediately rushed there as fast as she could, but she wasn’t able to make it in time.”

Rossy Ogawa, one of the founders of Stardom, also shared a detail, tweeting that “Before Hana passed away, she put her cat in a basket and left it outside our office door.” Kimura’s cat was shown in some of the final pictures she posted.

Jungle Kyona, Kimura’s friend and stablemate in Tokyo Cyber Squad, posted that she had been especially close to Kimura in the last few months of her life. With a video of the two playing with a filter while viewing cherry blossoms earlier this year, Kyona said she’ll never forget her friend, and “I wonder if beautiful flowers will bloom next year?”

Further information about Kimura’s death comes from an article in Sponichi Annex. One of Kimura’s neighbors told the publication that ambulances reached the wrestler’s residence in Tokyo’s Koto Ward around four in the morning (much closer to the time of her concerning tweets than when Stardom reported her death about eight hours later.) Sponichi Annex also states that a representative of the Metropolitan Police Department “stated ‘There was a confirmed case of death involving the use of hydrogen sulfide’” in the area, but the police source doesn’t specifically name Kimura in this case.

The article refrains from adding more information, stating that “further details were unavailable out of respect for the bereaved.” Kyoko Kimura, Hana’s mother, later tweeted a request “to mass media outlets” asking for more of that respect. “I would like you to stop contacting the police and the Stardom office for detailed information,” she posted. “I would like you to respect the privacy of the individual who has passed. Don’t push people who are struggling to their limit like this.”

Kyoko Kimura also posted a message to her daughter’s fans and friends: “For everyone who cheered, befriended, and loved Hana, I am sorry I could not protect her. I am sorry we now have this painful memory. If you are in pain, Hana will be in pain, too. Please keep the cheerful memory of Hana in your hearts.”

Many of Kimura’s friends and contemporaries in the wrestling industry also posted tributes to her, sharing photos with her and mourning her passing. Those included another tweet from Kairi Sane, saying “Hana-chan, I’ve lost a truly irreplaceable, one-of-a-kind friend. I feel this hole in my heart, and I hate the thought of a reality of a without you in it.”

“We can no longer ask her the reasons why she was suffering or discuss ways to help her. I wanted her to live for those who loved her. At least now, the feelings of all those who love her will reach her. Please be at peace.” https://t.co/gyERg9IhLr

Io Shirai, another now-WWE wrestler who worked with Kimura in Stardom, posted, “I’ve never been this heartbroken in my life. I still can’t believe this happened, and right now, I don’t want to.” Along with a picture of herself and Kimura, Shirai later posted, “We can no longer ask her the reasons why she was suffering or discuss ways to help her. I wanted her to live for those who loved her. At least now, the feelings of all those who love her will reach her. Please be at peace.”

Kimura also received tributes from her seniors in the wrestling industry, including New Japan Pro Wrestling star Hiroshi Tanahashi, who tweeted, “She had undeniable star power and a character which people gravitated toward. Without a doubt, she was the future of women’s pro-wrestling. I wanted to discuss pro-wrestling with you. Ms. Hana Kimura, I hope your soul rests in peace.”

Retired legendary NJPW wrestler Jushin Thunder Liger stated, “I just heard the sad news of Ms. Hana Kimura’s passing. My wife and son also had the opportunity to meet her. Right now, I’m full of such sadness that words fail me. It’s absolutely tragic and devastating. I wish to send her this picture of a beautiful field of flowers.”

Kimura’s fans also used images of flowers to mourn her death and celebrate her life this weekend. Fans in Japan started the hashtag #TLを花でいっぱいにしよう (Let’s fill the timeline with flowers), posting pictures of flowers in honor of Kimura because “hana” means “flower” in Japanese. English-speaking fans adopted their own version of the hashtag, with #FlowersForHana.

Wrestling and other entertainment programs with connections to Kimura suspended or postponed broadcasts this weekend after her passing. Stardom – on a hiatus from wrestling shows because of the coronavirus pandemic – suspended the release of programs on their YouTube channel out of respect for Kimura. NJPW, Stardom’s sibling promotion now that both companies are owned by Bushiroad, postponed the broadcast of the comedic Rainmaker Presents: Toru Yano’s Birthday Bash show that was originally scheduled the air just hours after the news of Kimura’s death broke.

It remains to be seen if the long-term future of Terrace House is impacted by Kimura’s passing – the show was already on a production hiatus because of COVID-19 – but the event has had some short-term effects. The broadcast of the new episode that was supposed to air today on Japan’s Fuji TV was suspended. So has the international release of the next group of Terrace House episodes on Netflix, a batch that would have included the scenes for which drove Kimura to experience an uptick in the vicious, sometimes racially-charged online harassment she mentioned in tweets shortly before her death.

Meanwhile, some wrestling companies have paid tribute to Kimura through their programming. Kimura’s death, along with that of former WWE star Shad Gaspard, was mentioned on Saturday’s AEW pay-per-view. Ring of Honor added the Stardom/Women of Honor (Hana Kimura, Stella Gray, and Sumie Sakai vs. Jenny Rose, Kagetsu, and Hazuki) dark match from last year’s G1 Supercard event to their YouTube Channel. On the streaming service Stardom World, Stardom put together a 22-video Hana Kimura Selection of her matches and interviews with the company from 2017 to 2020.

While Stardom didn’t have a show this weekend, another women’s wrestling company did, and featured one of Kimura’s friends honoring her. On May 23, ASUKA (aka Veny), Kimura’s friend and tag partner in Wrestle-1, wrestled in the main event of ChocoPro #16, a show put on by Emi Sakura’s Gatoh Move promotion. She posted afterwards that it was good for her to be able to wrestle that day, and, to Kimura, “You will live forever in my heart.”