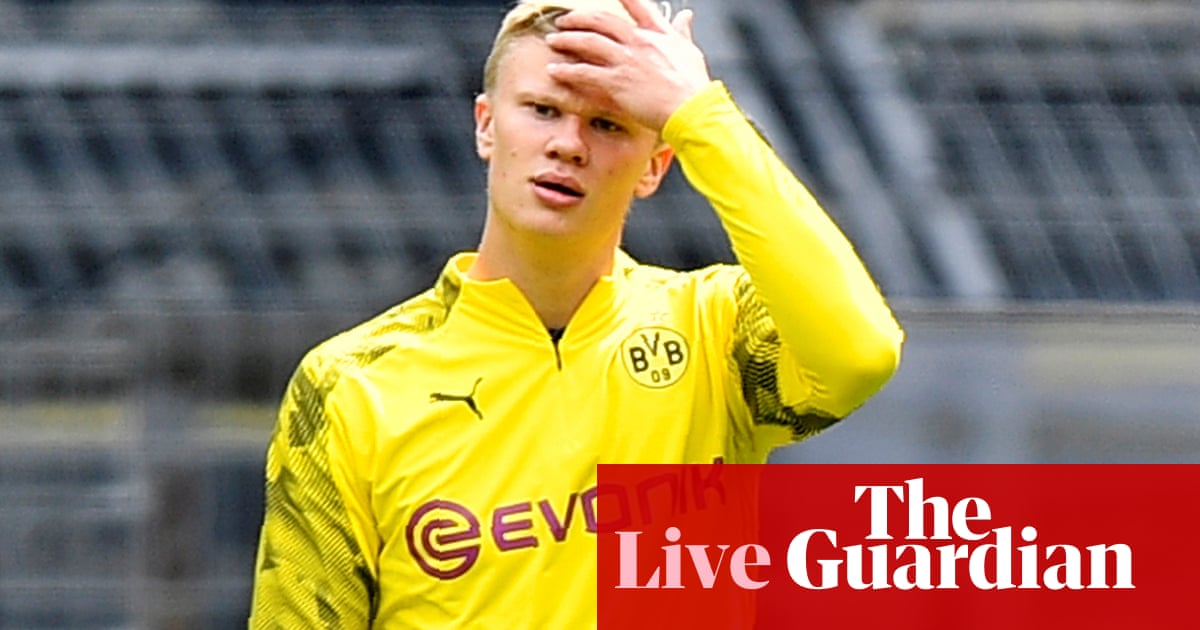 There’s still no starting berth for Jadon Sancho in the Borussia Dortmund XI. Die Schwarzgelben name the same team that slapped four past Schalke this time last week. Emre Can returns, but only alongside Sancho on the bench.

Anticipation is already building ahead of Der Klassiker on Tuesday evening, for the showdown that could decide the outcome of this season’s Bundesliga. You feel the sap rising too, right? Only thing is, we might be getting a little bit ahead of ourselves. You’d expect leaders Bayern Munich to see off Eintracht Frankfurt at home later today, but second-placed Borussia Dortmund are no shoo-in at Wolfsburg … and while nothing’s ever certain, anything less than three points for BVB this afternoon would most likely leave them further behind Bayern than the four points they are already, and significantly reduce the jeopardy for the reigning champs midweek.

The good news for Dortmund: they’re coming off the back of a fine performance in the Revierderby last Saturday, Erling Haaland and Raphael Guerreiro the stars of a 4-0 shellacking of Schalke. They’ve won eight of their nine league matches this calendar year. They beat Wolfsburg 3-0 in the reverse fixture. And they’re currently on a four-game winning run at the Volkswagen Arena. Like the back of David Puddy’s jacket, all signs point to yes!

But the hosts aren’t without hope themselves. Wolfsburg are unbeaten in seven league games. They jumped up to sixth place last weekend after a dramatic 2-1 win at Augsburg. Their top scorer Wout Weghorst is back from suspension. And they’ve never lost five in a row at home to the same opposition, so we’ll all be sailing into uncharted waters if Dortmund do the business this afternoon.

Dortmund have some possible returns of their own. Jadon Sancho is expected to start, having come on late last weekend to shake the rust off his groin problem, while Emre Can is also fit again. The pair may well replace Mahmoud Dahoud and Thomas Delaney, but we’ll see. The teams will be through soon enough, so let’s get ready. It’s the second week of the Big Bundesliga Hipster Redeployment Programme! It’s second versus sixth! Ist Zustand!