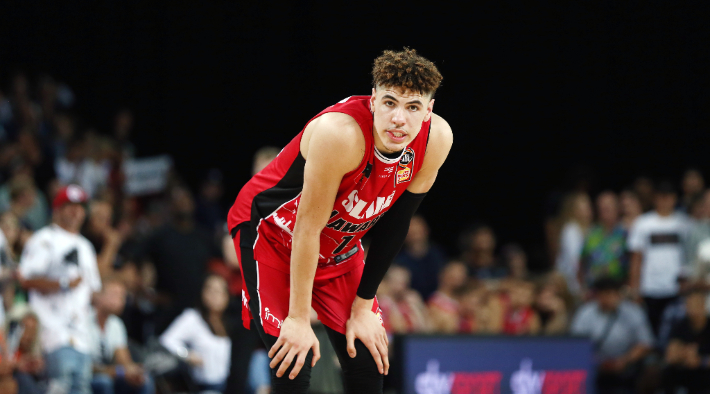 The New York Knicks will have a high pick in the 2020 NBA Draft, whenever that’s going to occur. Prior to the NBA’s COVID-19 hiatus, the Knicks had the league’s sixth-worst record, and while there’s no guarantee they receive the No. 1 pick in the draft or anything, the new weighted lottery odds make it easy for there to be a whole lot of movement based on how the ping pong balls land.

If New York decides to bolster its backcourt, reports indicate that their eyes are on one player in particular. Marc Berman of the New York Post brings word that LaMelo Ball is “unequivocally” the No. 1 point guard on the team’s board, with Ian Begley of SNY confirming that the report was true.

“That should hardly be surprising, knowing new president Leon Rose likes to shoot for the stars,” Berman wrote. “Knicks officials believe the 6-foot-7 playmaker/driver has one of the higher upsides in the entire draft despite his lack of a 3-point shot. Rose has already dealt with outspoken father Lavar Ball when his sons were briefly with Creative Artists Agency.”

Ball is perhaps the most interesting prospect in this draft. His path to the NBA has been unique, going from high school in the United States, to playing pro in Lithuania, to returning to the U.S., to spending last year playing in Australia’s NBL. The No. 2 player on Dime’s 2020 Draft big board, Ball would potentially bring some much-needed playmaking to the Knicks, along with the potential to stretch the floor if his shot comes around.

An important distinction here is that Ball is the No. 1 point guard on the Knicks’ board, and it does not specify where he sits on the team’s general big board. Still, he’d be a tremendous fit in New York, if only because the lobs he’d throw to Mitchell Robinson would bring some much-needed excitement to Madison Square Garden.