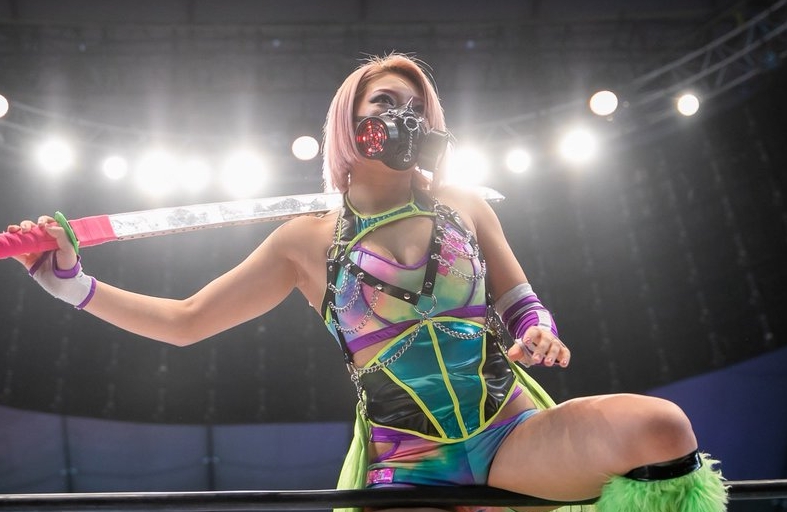 Hana Kimura, one of World Wonder Ring Stardom‘s star performers, has died, taking her own life at age 22. The news was confirmed by Stardom through Twitter today with the message, “We are very sorry to report that our Hana Kimura has passed away. Please be respectful and allow some time for things to process, and keep your thoughts and prayers with her family and friends.”

We are very sorry to report that our Hana Kimura has passed away.

Please be respectful and allow some time for things to process, and keep your thoughts and prayers with her family and friends.

We appreciate your support during this difficult time.

Kimura drew concern at about three a.m. Japan Standard Time with a series of social media posts that expressed extreme emotional distress, some with graphic pictures of self-harm. One of the posts, which have since been deleted, said she was getting “nearly 100 frank opinions every day,” thanked her mother and everyone who has supported her, and said, “I’m weak. I’m sorry.” Another said “I don’t want to be a human anymore.” The last two said, “Thank you, everyone. I love you.” and “Bye-bye.”

On Instagram, Kimura posted a picture with her cat, and on her Instagram story, four selfies, the first captioned with the date and the last with “Sayonara.”

Those connected to Kimura said that her friends and people from Stardom were “en route to her.” At about one p.m. JST, Stardom shared that she had passed away.

Hana Kimura was the daughter of wrestler Kyoko Kimura, and began her own in-ring career in 2016 in Wrestle-1. She started performing for Stardom later that year and officially joined the promotion in March 2019. She was one of the promotion’s rising stars, having held the Artist of Stardom Championship twice, the Goddess of Stardom Championship once, winning the 5 Star Grand Prix tournament in 2019, and becoming the leader of her own faction, Tokyo Cyber Squad, last year. She also worked internationally for promotions including Pro Wrestling EVE and Ring of Honor, and wrestled in a dark match with other Stardom wrestlers at NJPW Wrestle Kingdom 14 earlier this year.

In the autumn of 2019, she joined the cast of the reality show Terrace House and living with the five other castmembers in a house in Tokyo. The “opinions” she mentioned in her tweets were likely a reference to online comments and harassment that increased during her time on the show, especially as she began to have more arguments with one of her housemates. More details on Kimura’s time in Terrace House can be found here.