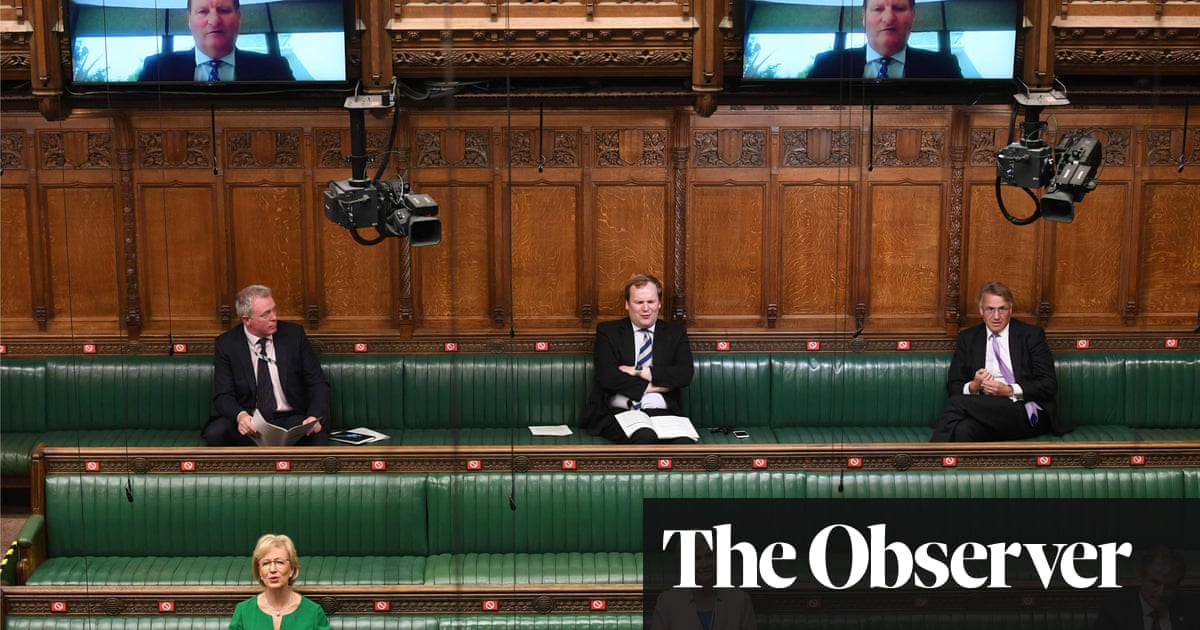 Boris Johnson is facing a growing revolt by MPs of all parties this weekend against plans to force them back to Westminster on 2 June and vote in person in the House of Commons.

More than 70 MPs, including most chairs of select committees, have signed a letter complaining that the plans to ditch all remote voting – announced by the Leader of the House Jacob Rees-Mogg – would also lead to queues of more than 650 MPs stretching for over a kilometre around the Palace of Westminster. They say that MPs who are shielding will be unable to vote and will therefore be excluded from the democratic process.

The rebel MPs have won support from the Speaker, Lindsay Hoyle, who has written to colleagues saying that he would prefer to retain the system of hybrid voting, in which MPs can choose whether they vote in person or remotely, and hopes that the government can be persuaded to change its mind.

Another concern being raised by MPs who live far from London is that they will have to move back to second homes they share with other MPs, breaking lockdown rules.

In the protest letter, written and co-ordinated by the chairman of the standards and privileges committee, Chris Bryant, to the chair of the procedure committee, Karen Bradley, the group of Labour, Tory, Liberal Democrat, SNP and Plaid Cymru MPs state: “Voting must not increase the risk of infection. Yet if members are to queue at two metres’ distance, they will be passing in the slipstream of hundreds of colleagues in a queue that will extend for 1,300 metres, throughout most of the parliamentary estate.

“All members should be treated equally and should have an equal right to participate and represent their constituents in both debates and divisions. Yet many members are shielding or have partners and family members who are shielding, or have childcare responsibilities, which would make it irresponsible for them to vote in person. Pairing means they are not participating and their constituents’ voice is not heard or recorded.”

Tory MP and GP Dr Dan Poulter said: “I think it’s crazy. There are a large number of MPs in high-risk categories – the obese, those over 70 or those with serious underlying health conditions – who will have to choose to either put themselves at risk or not participate in parliament, which is not acceptable nor sustainable for them or for their constituents. It is probably through being squashed on to the green benches in parliament that both the PM and [the health secretary] became infected in the first place. MPs should be setting an example on the importance of social distancing and shielding vulnerable colleagues.”

Labour MP Stella Creasy said that the proposals were unworkable and would harm democracy. “There are MPs shielding as they have longterm health conditions or their family members do, others won’t be able to get childcare and the new restrictions mean we risk a two-tier parliament where only the chosen get heard.”

In an article for the Observer Bryant writes: “I would gently suggest to traditionalists in the Conservative ranks that this will bring the whole system into such disrepute that by the summer everyone will be clamouring for electronic voting to become permanent.”

On 20 May Rees-Mogg announced the plan for MPs to return on 2 June, arguing that it would allow the government to pass badly needed legislation. He said that hybrid parliamentary proceedings – which involve most MPs contributing via video-link – did not allow sufficient scrutiny of policy matters.

Government sources say that it will be far more difficult for the government to push for schools to reopen partially on 1 June if parliament is not prepared to set an example and return to something close to normality at the same time.