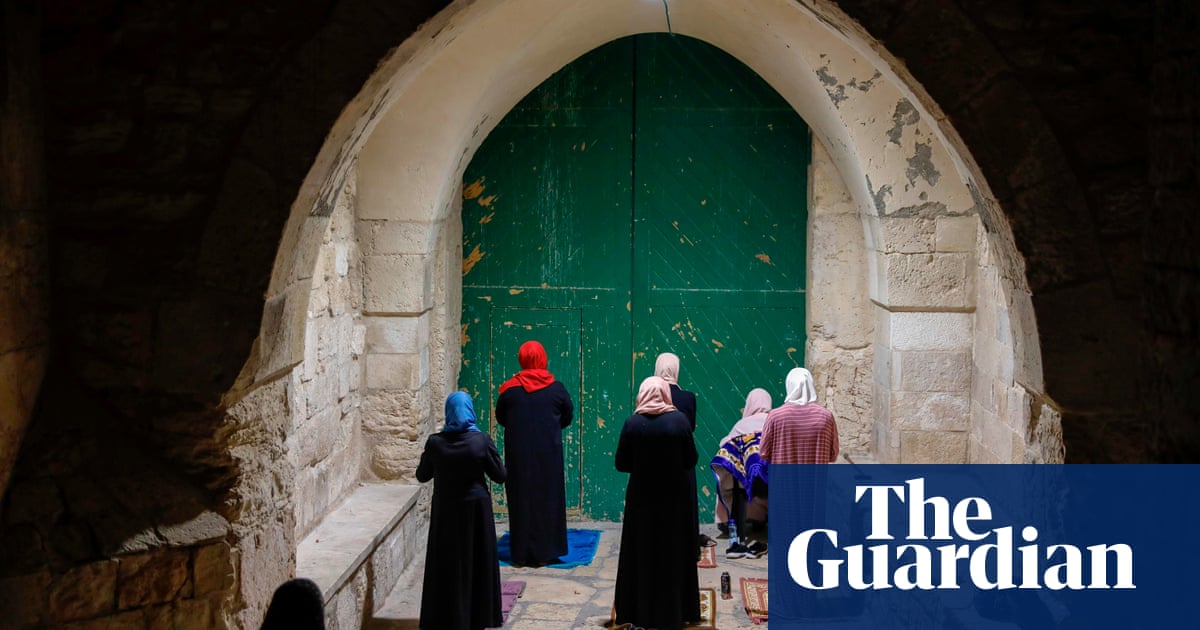 Muslims worldwide prepared to celebrate Eid under lockdown, with the strictest governments bringing in 24-hour curfews for the holiday – but across the world the slow march is continuing out of coronavirus quarantine.

For the first time since the beginning of the outbreak, China said it had recorded no new cases of the virus; Spain joined Greece in saying it would be reopening to foreign tourists from July, and also said its football league would start again next month.

There was positive news from Africa, with World Health Organization’s office for the continent saying that the pandemic “appears to be taking a different pathway in Africa”. It has taken 14 weeks for the continent to reach 100,000 cases, and mortality rates have been lower than in Europe and the US.

Swift action to close borders and bring in lockdowns, as well as the continent’s relatively youthful demography – with more than 60% of the population under 25 – may have helped slow the spread of the virus and limit its impact.

“For now Covid-19 has made a soft landfall in Africa, and the continent has been spared the high numbers of deaths which have devastated other regions of the world,” said Dr Matshidiso Moeti, WHO Regional Director for Africa.

“It is possible our youth dividend is paying off and leading to fewer deaths. But we must not be lulled into complacency as our health systems are fragile and are less able to cope with a sudden increase in cases.”

In India, where case numbers are still rising two months into a lockdown, the government has pledged to organise special trains to get at least 3.6 million stranded migrant workers back to their homes. Many have walked hundreds of miles to escape cities where work abruptly dried up.

Muslims this weekend will celebrate Eid al-Fitr, marking the end of the holy month of Ramadan, but the coronavirus has cast a long shadow over one of year’s most important holidays. Normally a time to gather with friends and family, this year millions will be confined to their homes, worried about work, or without it.

There are round-the-clock curfews in countries including Turkey, Iraq and Jordan for the duration of Eid, to prevent any kind of gatherings. Egypt has extended a nighttime curfew. In Saudi Arabia, home to the holy cities of Mecca and Medina, people will be allowed to leave their homes only to buy food and medicine.

In Jerusalem the al-Aqsa mosque compound – the third-holiest site in Islam – will close for the three-day holiday, even though most lockdown restrictions have ended.

In Indonesia, the world’s biggest Muslim majority nation, authorities have brought in a travel ban, preventing people heading home to celebrate, in an annual migration that normally matches Christmas in the West, or China’s lunar New Year.

Doni Monardo, the head of the country’s Covid-19 mitigation task force, said thousands were trying slip home, with some even turning to smugglers and fake travel documents. “I’m afraid people who go to other regions will come back infected and all of our efforts will be wasted,” Monardo said.

The country’s death toll at 1,326 is the highest outside Asia, but low rates of testing means officials fear the reality may be much higher.

In Iran, which has endured the deadliest outbreak in the Middle East, authorities have imposed few restrictions ahead of the holiday aside from cancelling mass prayers in Tehran traditionally led by Supreme Leader Ayatollah Ali Khamenei.

The Taliban in Afghanistan have declared a three-day Eid ceasefire starting on Sunday, a spokesman for the group has tweeted. It comes after fighting intensified between the warring sides despite the coronavirus pandemic.

“Do not carry out any offensive operations against the enemy anywhere, if any action is taken against you by the enemy, defend yourself,” wrote spokesman Zabihullah Mujahid, adding that the ceasefire was declared solely for Eid festivities.
The Afghan government has just welcomed the ceasefire.

Many religious groups have been pushing for places of worship to reopen, with Donald Trump on Friday adding his voice of support by ordering churches, mosques and synagogues open – even though he has no authority to do so.

But religious gatherings have repeatedly proved sources of mass infection, across faiths and continents. Most recently a cluster of more than 40 cases in Germany was traced back to a mass held in Frankfurt on 10 May, a few days after the church reopened for services. Six people were admitted.

In the US, the virus claimed another major corporate casualty. Car-hire firm Hertz, which is 102 years old, filed for bankruptcy protection, after revenue particularly from airport car hire dried up. But New York began a gradual opening up, where small groups of up to 10 people will be allowed to gather, if they stay six feet apart or wear face masks.

In China, despite a recent flare up of cases in the north, the virus still appears to be under control. The country has sealed its borders to all non-citizens for several weeks, to help prevent it resurfacing.

Beijing’s National Health Commission said on Saturday there were only two suspected cases in mainland China: in Shanghai and in the north-eastern Jilin province and no confirmed new cases. New asymptomatic cases fell to 28, from 35 a day earlier, it said.