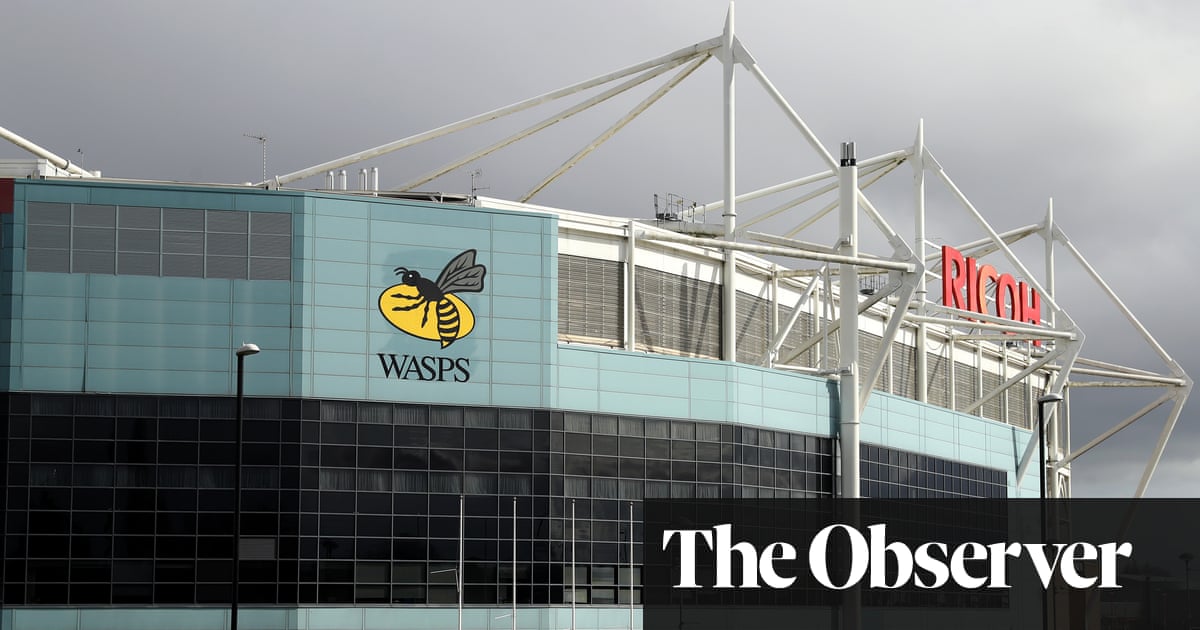 “It is not like George Best turning up in town.” Ask Stephen Vaughan, the chief executive of Wasps, about whether marquee players add to the opposition’s gate receipts when they visit and he gives a blunt response. Ask him whether players can expect the Premiership’s eventual return to be close to what went before and he is likewise outspoken. “When we resume playing, there will be a new normal regarding costs and personnel is part of that: nothing is off the table.”

Vaughan is not alone among the chief executives of Premiership clubs in regarding the current sporting lockdown as an opportunity to reset businesses that have tended over the years to be guided by dreams rather than reality and relied on the largesse of owners and backers. Vaughan says: “We would love to think that things will go back to where they were, but clearly there will be an impact. You want to do the best you can for the excellent people we have here and that keeps you awake at night.”

Wasps, like the other Premiership clubs, have cut wages for players and furloughed staff. The clubs hope to restart at the beginning of July and play the campaign to its conclusion to ensure they do not have to pay rebates to broadcasters, but they are waiting for clearance from the government to resume full training early next month.

“Whatever we do next, we have to be up front with the players,” says Vaughan, “and engage with the Rugby Players’ Association, a force of good: they have the players’ interests at heart but they are very sensible. They understand life has changed. We have very little revenue coming in and we are spending considerable time looking at parts of the business, including the playing side, and how we can be more efficient when we are able to open the doors again. We have talked to the players and coaches about what it will look like and they have not held back in their views.”

Similar conversations have been held throughout the Premiership in recent weeks, which is why many clubs were angry when Bristol broke ranks this week when they said they would oppose the recommendation of Lord Myners, in his recent report on the salary cap regulations, that the provision for two marquee players outside the cap should be reviewed, as well as any attempt to lower the cap from its current £7m, which has another season to run.

“Every club is entitled to its opinion,” says Vaughan, who this week became the group chief executive, adding the portfolio of events at the Ricoh Arena to the fields of sport, marketing and commerce that he had been in charge of since August after seven years at Gloucester. “Bristol’s vision is to win league titles and Europe and if they have the money to back it up, their strategy will not be cutting the salary cap. You will always get a couple of outliers with rich backers but the majority of clubs have a really sensible approach.

“You only have to look at the accounts of clubs in general to realise that pretty much every one makes a loss and does not work as a sustainable business. The lack of revenue now will only heighten that problem. Even though players have had a salary cut of 25%, it does not go very far in covering the massive costs of running that department when there is no income being generated.

“The pandemic has shone a light on the unsustainability clubs were at already and the majority neither want nor will be able to continue to operate in the new world in the same way we did then. We believe a collective approach is better than everyone doing their own thing: one of the Premiership’s objectives is to have a competitive league and it is because each club is paying within a few shillings of its rivals.”

Vaughan sympathises with Bristol who, after years in the Championship, have the means to tilt at the big time. “It is not their fault they have an owner in the rich list and wants great things for the club he loves. I have no malice with them, but it will sit differently with those who may not think it is in the spirit of what we are trying to achieve during this pandemic. Collective action is sensible in the light of the hole in revenue every club will face. We support Lord Myners’s recommendations and his report was a powerful piece of work.

“When he says we should look at whether marquee players are adding to the value of the game or creating a disparity within the business, we should do. I do not share Bristol’s belief that marquee players add to the gate when they are playing away.

“When I was at Gloucester, we always struggled to sell tickets for Saracens despite the number of unbelievable players they had. It is not like George Best turning up in town. I understand Bristol’s ambition, but for the Premiership as a whole survival at this point is the ambition.”

Wasps have the highest turnover in the Premiership, £32m, but the entire business has been hit by the restrictions on gatherings, from rugby to conferencing, exhibitions and concerts. “The Killers and Rammstein were due to perform at the Ricoh Arena this summer, but they have postponed until next year. The business was growing and we were having a record year in terms of events and conferences while the priority on the field has changed since the club first moved to Coventry.

“We have a clear strategy to become a club where players stay because of the culture. We do not want to buy in superstars every year to fill a gap. Yes, you need quality players, but we do not want to be known as a cheque-book club, rather one that punches above its weight in the top four.

“These are the most challenging times all of us have known, but I believe that if we stick together, we will all emerge from it stronger.”