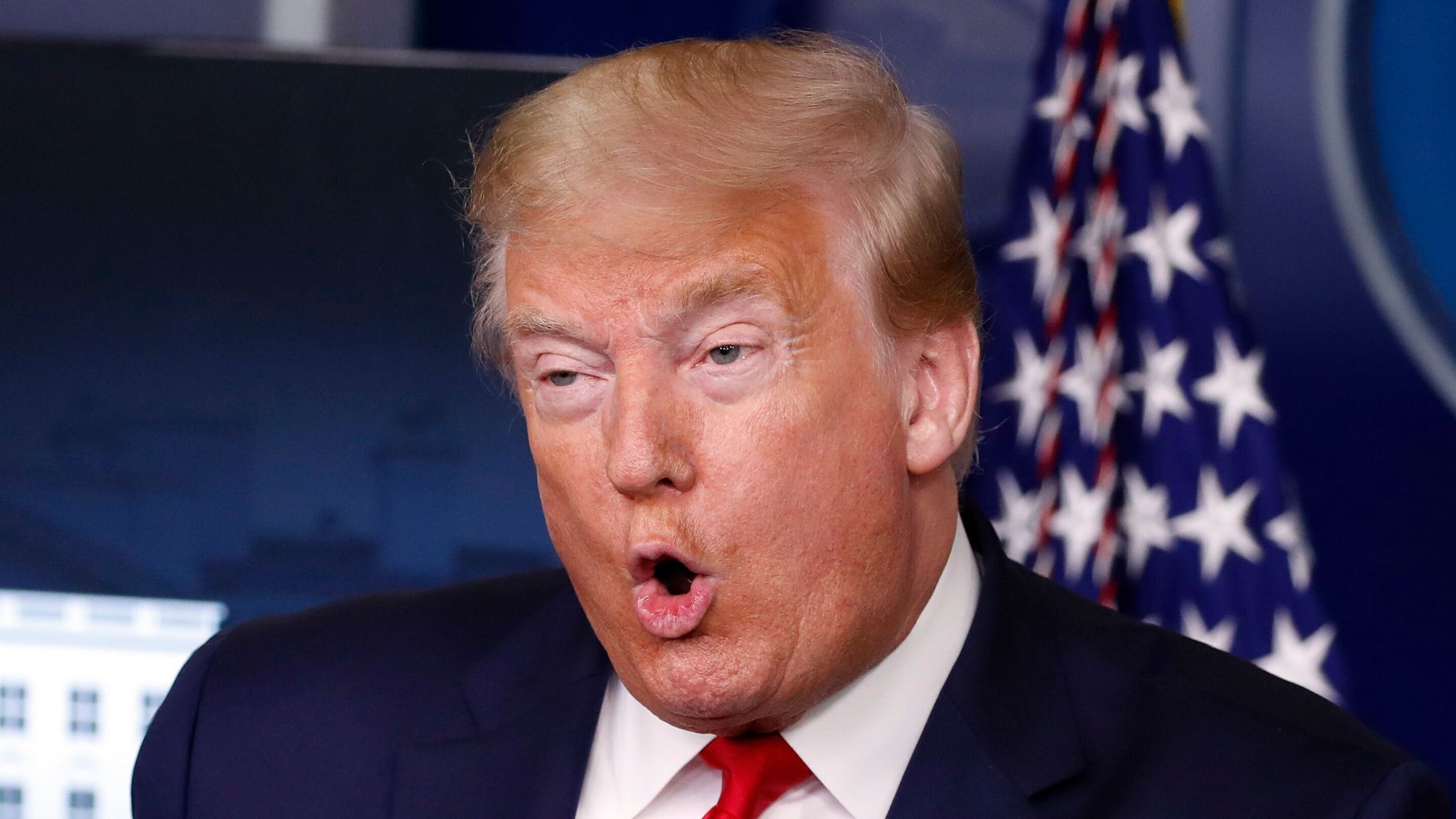 President Donald Trump went after Fox News on Twitter yet again on Friday, this time invoking its late CEO and chairman Roger Ailes.

In a second tweet, Trump said he hoped Ailes — who left the network in 2016 amid a sexual misconduct scandal that cost the network millions of dollars in settlements ― is “looking down and watching what has happened to this once beautiful creation!”

.@FoxNews should fire their Fake Pollster. Never had a good Fox Poll! https://t.co/joHfkQwd9L

Why doesn’t @FoxNews put up the CNBC POLL or the (believe it or not!) @CNN Poll? Hope Roger A is looking down and watching what has happened to this once beautiful creation!

Trump on Thursday complained that Fox “is doing nothing to help Republicans, and me, get re-elected on November 3rd.”

Many will disagree, but @FoxNews is doing nothing to help Republicans, and me, get re-elected on November 3rd. Sure, there are some truly GREAT people on Fox, but you also have some real “garbage” littered all over the network, people like Dummy Juan Williams, Schumerite Chris…

On Monday, he moaned Fox News “is no longer the same.”

“We miss the great Roger Ailes,” he tweeted of his former ally, who advised on his 2016 campaign. Ailes died in 2017. “You have more anti-Trump people, by far, than ever before,” said Trump, adding: “Looking for a new outlet!”

.@FoxNews is no longer the same. We miss the great Roger Ailes. You have more anti-Trump people, by far, than ever before. Looking for a new outlet! https://t.co/jXxsF0flUM

Trump has faced criticism from the network’s hosts over his fumbled response to the coronavirus pandemic. Neil Cavuto this week blasted Trump’s claim about taking an unproven drug to protect from the coronavirus.

Chris Wallace on Friday also fact-checked Trump’s false statements about mail-in voter fraud. However, its primetime personalities, such as Sean Hannity and Laura Ingraham, often use their shows to stump for the president. Trump’s latest attack, and his invocation of Ailes, were too much for many on Twitter to bear:

The president thinks Fox News should rig polls for him. It’s utterly deranged but here he is saying so publicly! https://t.co/xBUoAPTqoC

Up. Roger is looking up. https://t.co/zBuShTBF24

He’s going to start his own network. Bet on it.https://t.co/wEyB9xgZS7 https://t.co/Mc7o3phfQM

Trump is more UPSET with HIS poll numbers than with the fact over 95,000 Americans have died from the coronavirus and a record 39 million Americans are out of work and struggling to survive. #StayANGRY https://t.co/xGTTxi6D2x