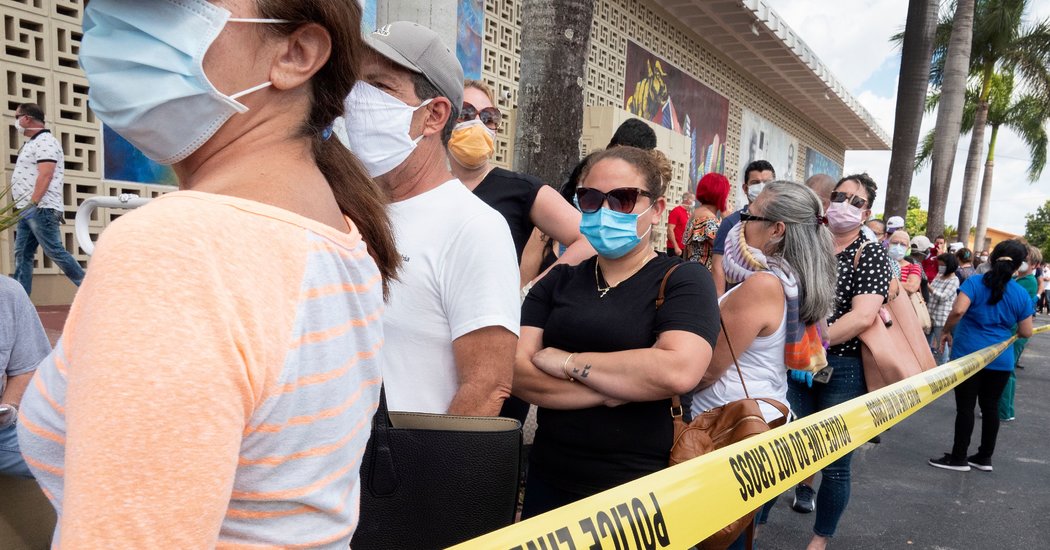 While President Trump and his allies in Congress seek to tighten access to food stamps, they are showing compassion for one group: zillionaires. Their economic rescue package quietly allocated $135 billion — yes, that’s “billion” with a “b” — for the likes of wealthy real estate developers.

My Times colleague Jesse Drucker notes that Trump himself, along with his son-in-law, Jared Kushner, may benefit financially from this provision. The fine print was mysteriously slipped into the March economic relief package, even though it has nothing to do with the coronavirus and offers retroactive tax breaks for periods long before Covid-19 arrived.

Senator Sheldon Whitehouse of Rhode Island and Representative Lloyd Doggett of Texas, both Democrats, have asked the Trump administration for any communications that illuminate how this provision sneaked into the 880-page bill. (Officially, the provision is called “Modification of Limitation on Losses for Taxpayers Other Than Corporations,” but that’s camouflage; I prefer to call it the “Zillionaire Giveaway.”)

In other words, a single mom juggling two jobs gets a maximum $1,200 stimulus check — and then pays taxes so that a real estate mogul can receive $1.6 million. This is dog-eat-dog capitalism for struggling workers, and socialism for the rich.

Many Americans understand that Trump bungled the public health response to the coronavirus, but polls suggest that they don’t appreciate the degree to which Trump and Congress also bungled the economic response — or manipulated it to benefit those who least need help.

The United States simply accepted that the pandemic would cause vast numbers of workers to be laid off — and then it provided unemployment benefits. But Germany, France, Britain, Denmark and other countries took the smarter path of paying companies to keep workers on their payrolls, thus preventing layoffs in the first place. The United States did a little bit of this, but far less than Europe — yet the United States in some cases spent a larger share of G.D.P. on the bailout than Europe did.

So the unemployment rate in Germany and Denmark is forecast to reach about 5 percent while in the United States it may already be about 20 percent, depending on how you count it.

It’s not fair to viruses to blame our unemployment crisis simply on the pandemic. It’s also our national choice.

One provision in the rescue package provides a tax break that benefits only companies with more than $25 million in gross receipts. AutoNation, a Fortune 500 company, received $77 million in small business funds, although it returned the sum after The Washington Post reported its haul. For-profit colleges, which are better known for exploiting students than educating them, have raked in $1.1 billion.

A Brookings Institution study found that young children in one in six American households are not getting enough to eat because of the worst economic crisis since the Great Depression, and we’re rushing to help … tycoons!

A Kaiser Family Foundation study found that because of layoffs, 27 million Americans as of May 2 were at risk of losing employer-sponsored health insurance. You might think that this would lead to a push for universal health coverage. But, no, the opposite: Trump is continuing to support a lawsuit to overturn the entire Affordable Care Act — and allow millions more to lose coverage.

During the Great Depression, President Franklin Roosevelt responded boldly to economic desperation by creating jobs, passing Social Security and starting rural electrification. In this crisis, Trump is trying to restrict food stamps and health insurance while giving free money to real estate tycoons — probably including himself.

Of course, America does remain a land of opportunity, if you have the wealth. A new study determined that in the two months since March 18, roughly the start of the economic crisis, America’s billionaires saw their wealth collectively grow by 15 percent. And another 16 Americans became billionaires in that period. It’s great to see people pulling themselves up by their bootstraps!

The House of Representatives is trying to repeal the Zillionaire Giveaway, but Trump and his congressional allies are resisting. Trump meanwhile sees little need to help states and localities, which in April alone laid off more employees than in the entire Great Recession.

Trump was elected in part by voters angry at the way the system was rigged. But under Trump, the economy has become rigged ever more decisively, even as children go hungry and ordinary workers lose their jobs and their lives.