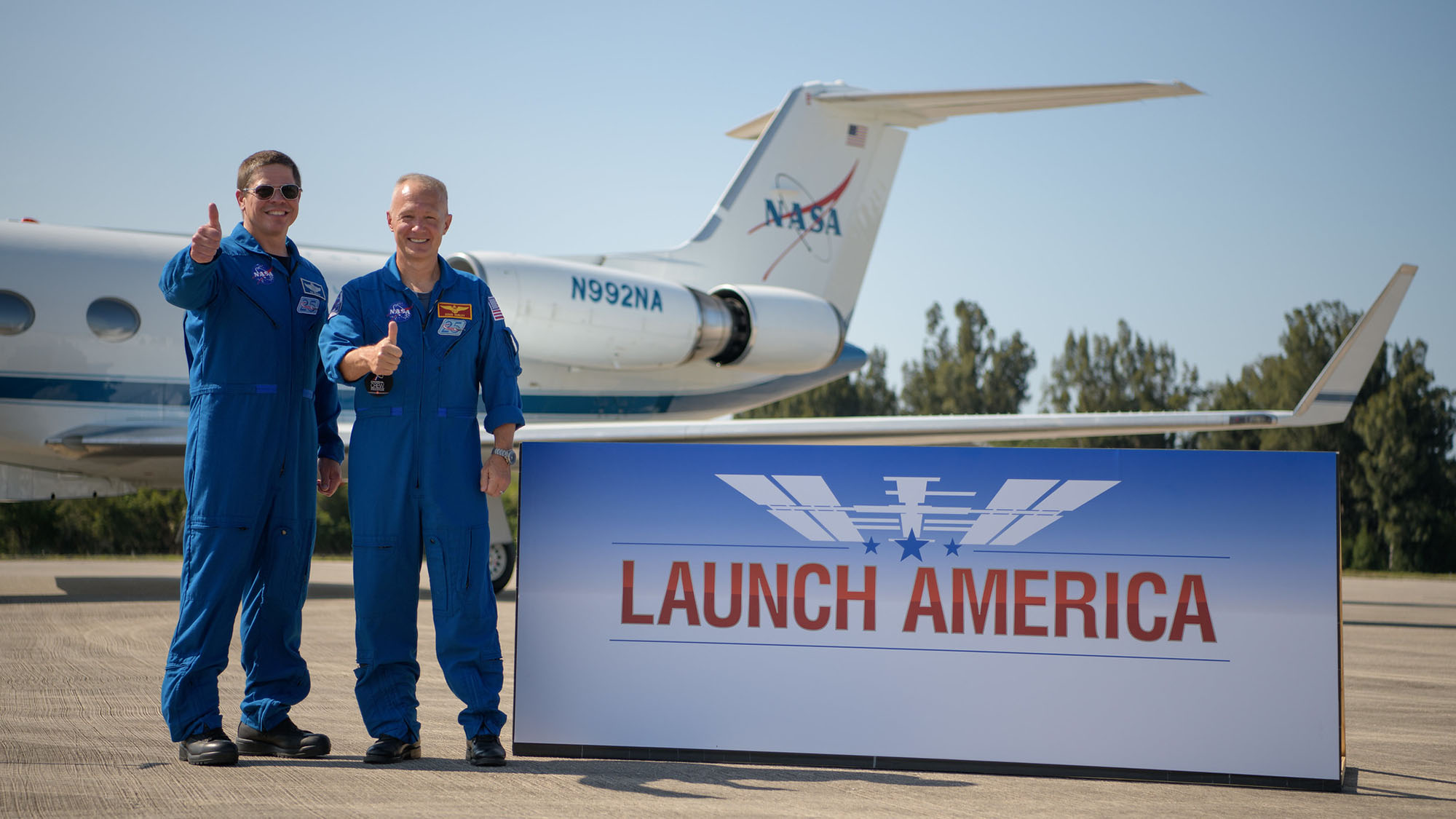 NASA is ready to virtually host thousands of excited people for America’s first launch of astronauts from United States soil to orbit since 2011.

The agency will host a “Launch America” social event in the coming days to give members of the public a behind-the-scenes look at the SpaceX Crew Dragon launch of Bob Behnken and Doug Hurley, which is scheduled for launch Wednesday (May 27) from NASA’s Kennedy Space Center in Florida.

Novel coronavirus pandemic-related restrictions mean crowds will not be permitted nearby the site — but you can still get a fun experience online, NASA says.

A number of activities will be happening exclusively on Facebook during the days before the launch, including a virtual tour of NASA facilities, a virtual look at the SpaceX Falcon 9 rocket, and the chance to chat with NASA representatives. More information on events and timing are available at the special NASA website, Be Our Guest, and the NASA TV schedule is posted here.

“Through NASA’s virtual launch experience, we make it possible for more people than ever to watch the beginning of this new era in human spaceflight,” Bettina Inclán, NASA’s associate administrator for communications, said in a statement. “We’re already seeing people participate online with the #LaunchAmerica hashtag, and helping build the excitement for this historic moment.”

NASA’s first crewed launch social (then called a “tweetup”) took place in 2009 in association with space shuttle launch STS-129, attracting dozens of participants to the media site of the Kennedy Space Center. (STS-129 was the fifth tweetup overall, but the first alongside a human spaceflight.) In the decade since, the agency has regularly hosted many social events at several of its centers to highlight NASA science missions and other activities.