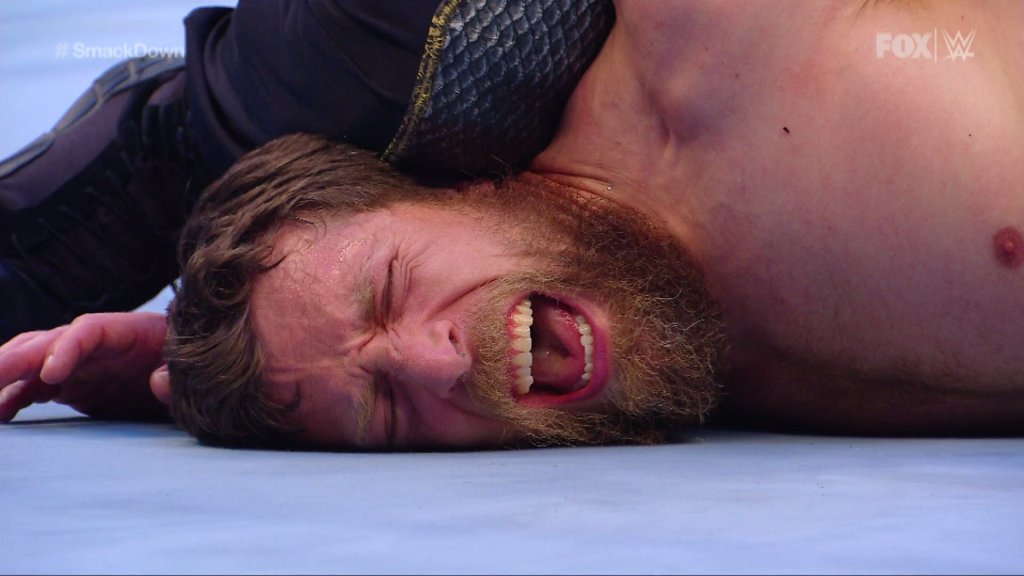 Here are your quick and dirty, editorial-free WWE Friday Night Smackdown results for May 1, 2020. This week’s show featured the rare occurrence of champions being pinned in a non-title match, as well as two Money in the Bank qualifiers, Daniel Bryan vs. King Corbin, and more. Make sure you’re here tomorrow for the complete Best and Worst of Friday Night Smackdown column.

1. Daniel Bryan defeated King Corbin. Before the match, Bryan cut a passionate promo about being hungry and wanting to win Money in the Bank. Bryan defeated Corbin by disqualification when Corbin hit him with a ladder. After the match, Bryan briefly got the Yes Lock on Corbin, but Shinsuke Nakamura and Cesaro attacked and tossed Bryan into a pile of ladders.

2. Sheamus defeated Leon Ruff with a Brogue Kick. Sheamus wasn’t impressed with the latest Jeff Hardy video, and said he’ll be here when Hardy returns to Smackdown next week.

3. Money in the Bank Qualifying Match: Carmella defeated Mandy Rose with a superkick after a long promo distraction from Sonya Deville. After the match, Sonya attacked and screamed at Mandy.

– A Tamina interview was cut short by Sasha Banks and an attack from Bayley. Lacey Evans made the save. Next week it’ll be Tamina and Evans vs. Banks and Bayley.

5. Money in the Bank Qualifying Match: Otis defeated Dolph Ziggler. Otis hit the Caterpillar on Ziggler to win the match.