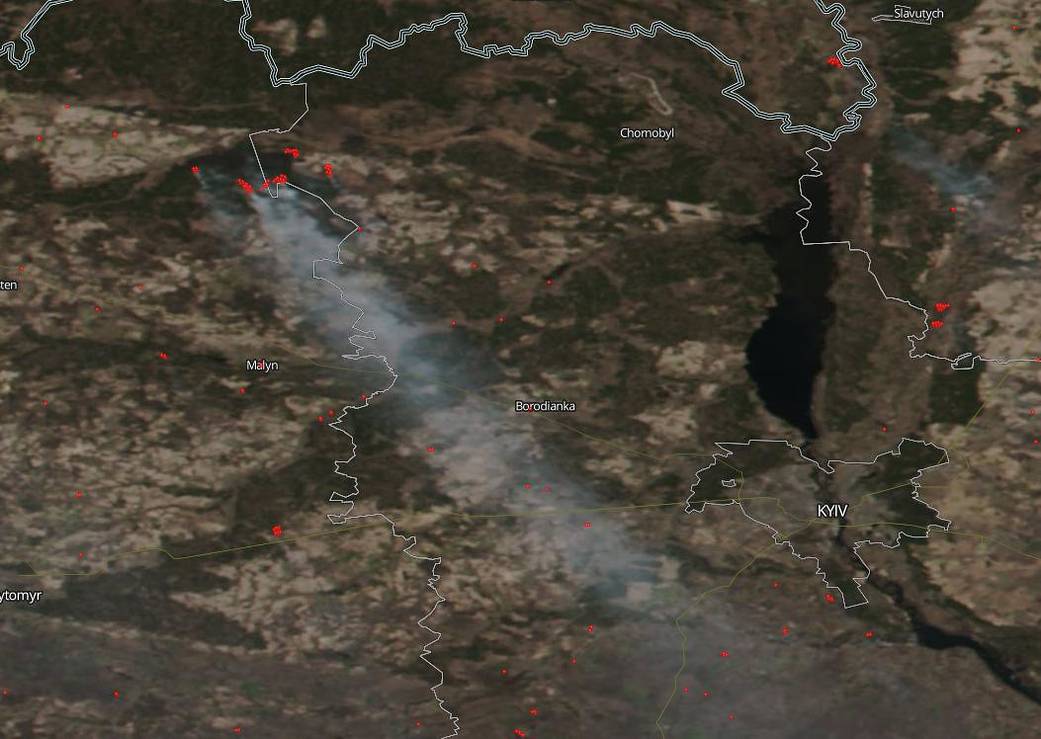 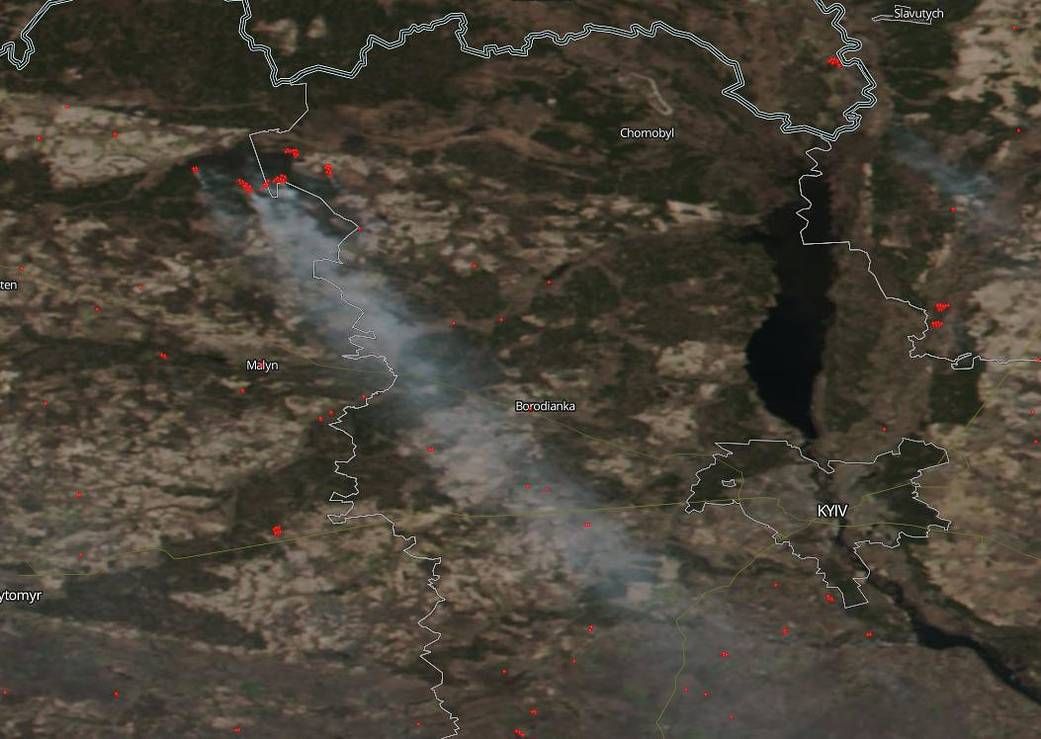 The forest near the old Chernobyl Nuclear Power Plant is burning, and the effects are visible from space.

The Suomi NPP satellite, a joint project of NASA and the U.S. National Oceanic and Atmospheric Administration (NOAA), captured a photo Sunday (April 5) of the human-caused wildfire burning in Ukraine’s Chernobyl Exclusion Zone. Radiation counts near the fire have registered 2.3 microsievert per hour, a spike from the typical 0.14 μSv/h, according to Live Science.

“At this point, the fire is about 250 acres (100 hectares),” NASA officials wrote in an image description. “Actively burning fires, detected by thermal bands, are shown as red points.”

Related: Chernobyl Exclusion Zone is on fire and radiation levels are spiking

Chernobyl, of course, was the site of a deadly meltdown on April 26, 1986. The plant’s Reactor No. 4 exploded, releasing large amounts of dangerous radiation. The contamination was so extensive and so extreme that the Soviet government — at the time, Ukraine was part of the Soviet Union — quickly ordered people to leave the area, setting up the 1,000-square-mile (2,600 square kilometers) Exclusion Zone. (Not everybody obeyed, however; about 200 people live in the zone today, NASA officials said.)

The Exclusion Zone is still heavily contaminated, and will be for many years to come. The fire isn’t helping things at the moment, either; radiation levels in the Zone are apparently spiking.

The Suomi-NPP photo is no isolated data point. NASA and NOAA Earth-observation satellites, in addition to tracking long-term trends on our planet, commonly monitor wildfires and other natural disasters.

“Together, NASA instruments detect actively burning fires, track the transport of smoke from fires, provide information for fire management and map the extent of changes to ecosystems, based on the extent and severity of burn scars,” NASA officials wrote in the statement.