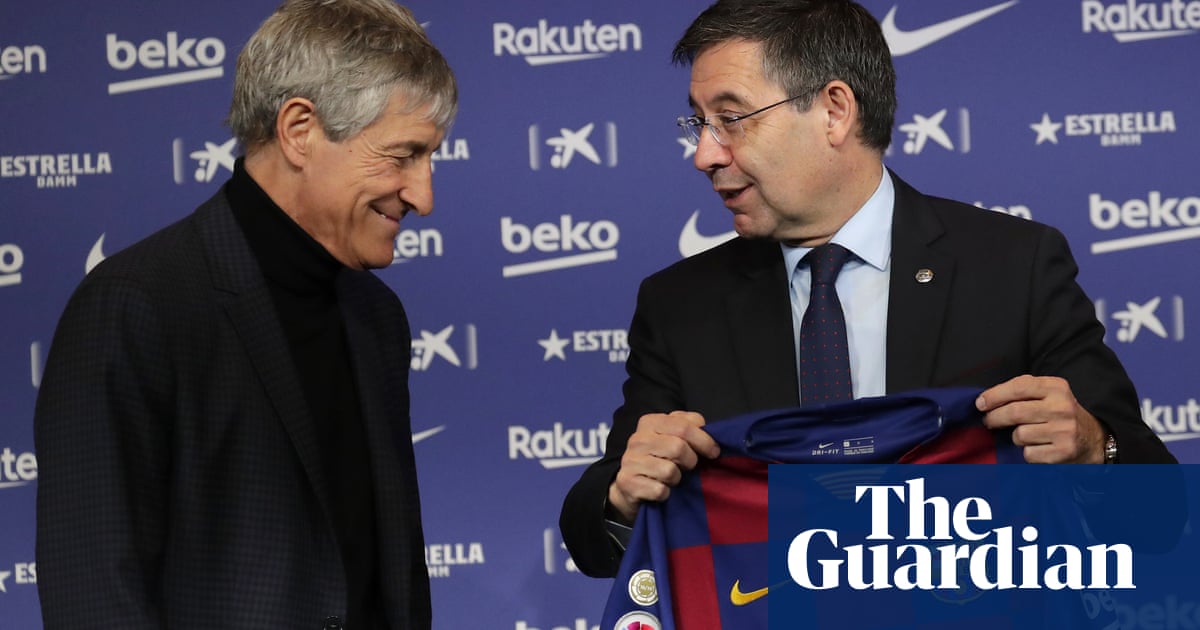 Barcelona’s crisis has deepened after six board members resigned, including two vice-presidents and the man the president Josep Maria Bartomeu had identified as his successor.

In a collective letter deposited with a notary, they cited their inability to change the way the club is being managed and called for presidential elections at the earliest opportunity.

On Tuesday Bartomeu had tried to encourage the vice-presidents Emili Rousaud and Enrique Tombas and directors Silvio Elias and Josep Pont to resign as he sought to move against those who criticised his handling of the club, but he had not expected them to be joined by Jordi Calsamiglia and Maria Teixidor, the secretary of the board.

A letter signed by the six on Thursday night was published by the newspaper La Vanguardia, and Teixidor informed Bartomeu of the decision by telephone. Rousaud had been made a vice-president only at the start of January as Bartomeu sought to put a succession plan into place.

Bartomeu is not obliged to call elections until 2021, when he will not be able to stand, but some board members – among them those who have resigned – had asked him to bring that date forward. According to the club’s statutes, Bartomeu can continue in the presidency because the number of those resigning is below 50% of the board. Those statutes also say that there must be at least 14 board members and the six resignations have reduced that number to 13. It is possible that further resignations may follow as the crisis deepens.

Relationships had been strained for some time and tensions had been brought to the surface particularly by Bartomeu’s handling of the pay cuts imposed upon the players, which had prompted Lionel Messi and the club captains to openly criticise the club.

Equally damaging had been claims that Barcelona had paid the company I3 Ventures to set up online accounts that allegedly wrote stories defending the president and damaging the image of some players and former players. It is claimed the service was paid for in three instalments, allegedly to avoid it being detected by internal financial controls, and the letter from the six directors called for the investigation into “Barcagate”, carried out by Price Waterhouse Cooper, to be concluded, and if appropriate for action to be taken and money returned.

Barcelona have issued a statement denying wrongdoing and Bartomeu has described the allegations as “completely false”. I3 has also denied wrongdoing.