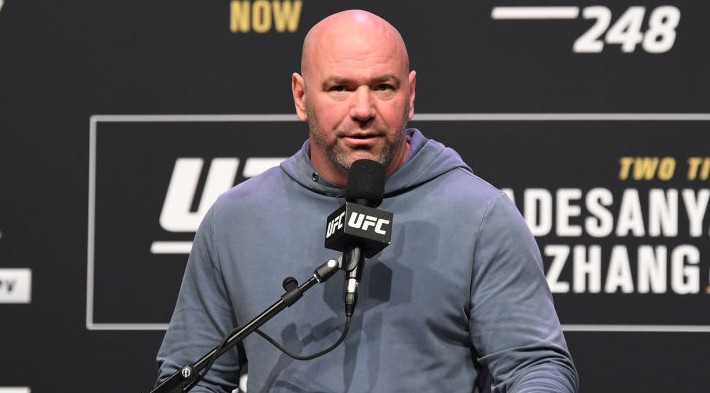 We are a week and a half away from the first live action sporting event in some time, as UFC 249 continues to push forward with a new main event featuring Justin Gaethje against Tony Ferguson and a new location, one that still is yet to be officially revealed.

UFC president Dana White has been insistent on this particular event taking place, even after he begrudgingly suspended three fights due to the COVID-19 pandemic. White recently boasted he was working on securing a private island so they could put on fights long-term, even if the pandemic continues to shut down sports leagues through the summer. However, that’s not the planned locale for UFC 249, as Jeff Sherwood of Sherdog.com and Kevin Draper of the New York Times brings word that fight — and possibly two months of events going forward — will take place at the Tachi Palace Casino on native land outside of Fresno, California.

The location will be the Tachi Palace Casino Resort outside Lemoore, Calif., about 40 miles south of Fresno, according to the people, who spoke on condition of anonymity because White had not announced the venue. The casino, which closed the night of March 20 because of the pandemic, is on land belonging to the Tachi-Yokut Tribe, part of the federally recognized Santa Rosa Indian Community.

With the venue being on native land, the events will not have to be sanctioned by the California State Athletic Commission, which has refused to be a part of any fights and is backing governor Gavin Newsom’s stay-at-home order by canceling all fights through May 31. There will surely be plenty of appetite for the fight card given the lack of sports happening right now, but there’s also not a single other entity willing to put their athletes at risk right now amid the continued unknowns of the situation due to the lack of widespread testing.