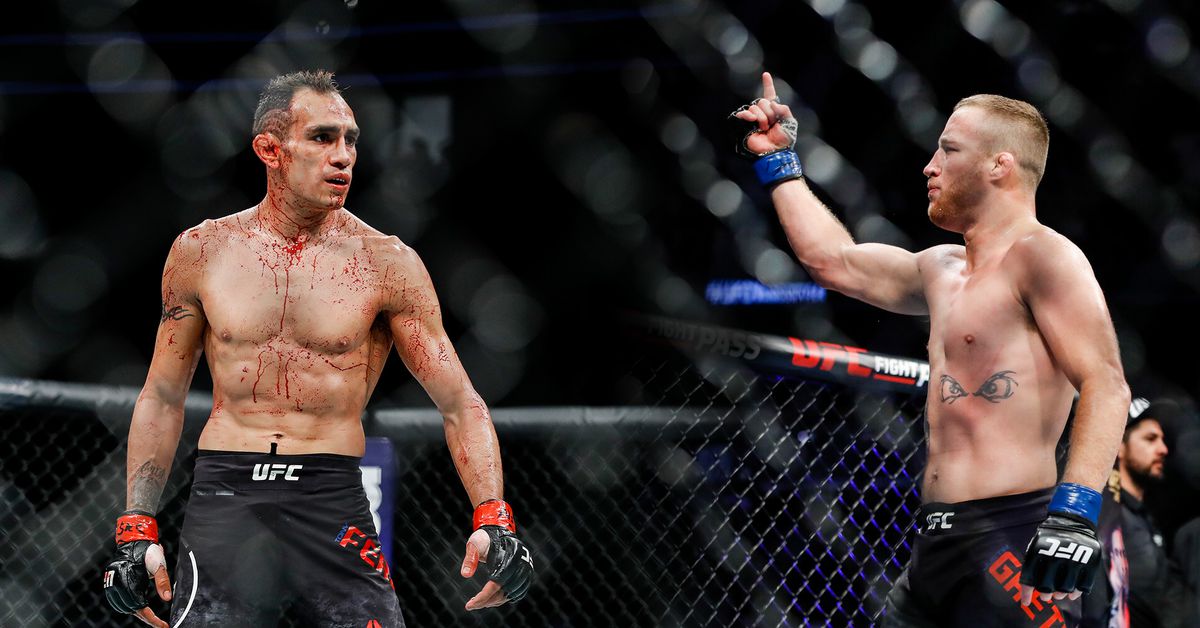 The secret location of UFC 249 is no longer a secret, according to the New York Times.

UFC officials did not return multiple requests for comment. Several sources MMA Fighting spoke to indicated it was their understanding that the Northern California casino – located in Lemoore, Calif., on tribal land that’s not overseen by the state’s athletic commission – would be the venue for UFC 249, though nothing official had been confirmed. Calls on Tuesday to the casino, which closed this past month due to the coronavirus pandemic, weren’t immediately returned.

As of Monday, White was keeping the event’s location under wraps as a hedge against those who might try to derail it. Multiple MMA media outlets, industry vets and observers have criticized the promotion’s decision to hold events during the pandemic. White has vowed to extensively test fighters and event staff, though he hasn’t disclosed the type of testing or other safety measures he plans to put in place as fighters travel to and from the event.

UFC 249 originally was scheduled for Barclays Center in Brooklyn, N.Y., before restrictions on mass gatherings forced the promotion to look for a new venue.

Tachi Palace Resort Casino was once a hotbed of regional MMA. The casino rose to prominence as the host of World Extreme Cagefighting before the promotion was purchased by UFC parent Zuffa. The casino then hosted Palace Fighting Championship before regional standout Tachi Palace Fights took residence and held more than 30 events before folding up its tent; the casino often hosted outdoor shows with folding chairs. A revolving door of California-based talent fought their way up before moving to the UFC.

In a prepared statement, the California Department of Consumer Affairs, which oversees the CSAC, issued a statement advocating against holding UFC 249 on tribal land.

“The commission echoes the guidance of California Governor Gavin Newsom, the Department of Public Health, local health officials, and the recommendations of the Association of Ringside Physicians regarding the cancellation of events where people may be at risk of contracting Covid-19 and encourages the industry to do the same,” read the statement. “The commission will not participate in the U.F.C. event on April 18, regardless of the event location.”

As previously reported, the ARP released a revised recommendation calling for the indefinite postponement of all combat sports events during the pandemic. The ARP president said the recommendation was not driven by the UFC’s decision to resume its schedule on April 18.

White has said the undisclosed location will host weekly events for two months. He’s also vowed to secure a private island in an unknown destination for events featuring international fighters who are unable to travel stateside.

UFC 249 is headlined by an interim lightweight title fight between Tony Ferguson and Justin Gaethje. The promotion released a new 12-bout card on Monday.