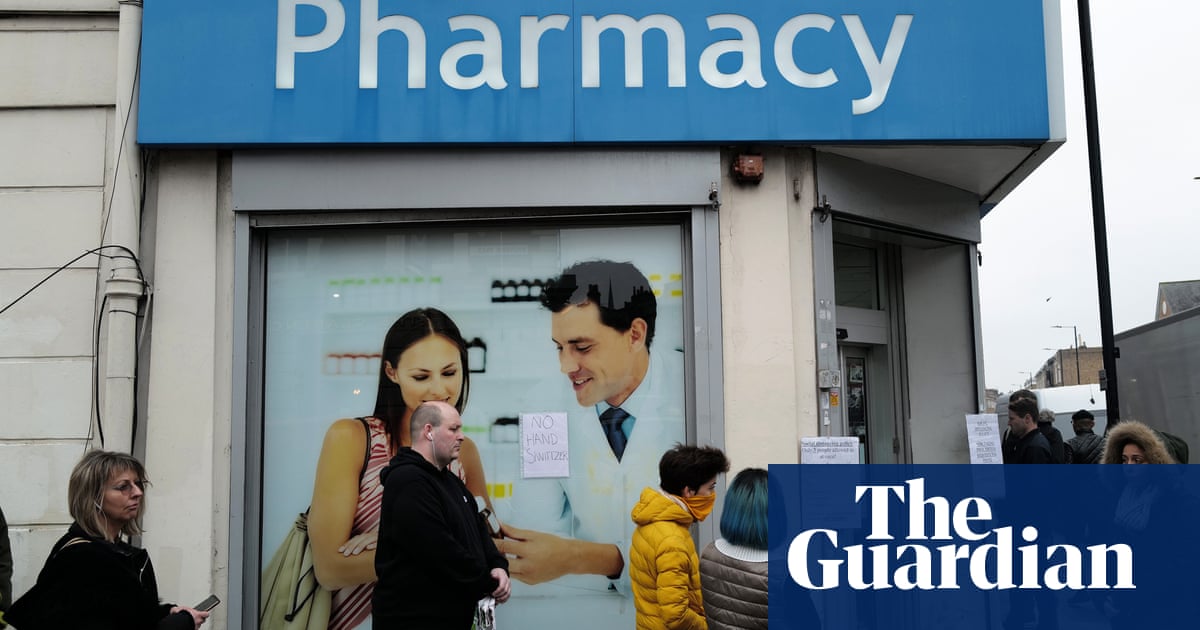 Pharmacists are to be allowed to hand out a range of super-strength medicines, including the heroin substitute methadone, without prescription during the Covid-19 crisis, under emergency measures that official drug policy advisers have warned could trigger a spike in drug misuse.

The Advisory Council for Misuse of Drugs (ACMD), which makes recommendations to government on the control of dangerous drugs, was asked by the home secretary to consider the risks of lifting restrictions on certain substances controlled under the Misuse of Drugs Act.

Some of the substances covered by the proposals are highly addictive and include barbiturates and opiates, such as morphine, as well as medicines used for opioid substitution therapy. This harm reduction initiative offers people who are dependent on opioids such as heroin an alternative to take, most typically methadone or buprenorphine.

The emergency changes proposed would allow pharmacists to hand out these substances without prescription, although only to patients who have been receiving the medicine as part of their treatment.

In its response, the 21-member council, chaired by Dr Owen Bowden-Jones, ultimately supported the proposals but warned the move could lead to a rise in drug misuse.

The council said: “The measure would rely on the professional judgment of pharmacists, who will be working outside of the scope of their usual practice.

“Without adequate support and guidance for the healthcare professionals affected by the proposed legislative change, there is a risk that pharmacists struggling to follow best practices could inadvertently lead to an increase in drug misuse and diversion.

“This is a particular risk for patient groups requiring opioid pain medicines eg for palliative care or for opioid substitution therapy (OST).

“Additionally, whilst it will be necessary for the government to publicly announce in an emergency that these measures are to apply, common knowledge of the applicability of this measure may increase the risk of the misuse and diversion of controlled drugs.

“For example, patients with substance misuse issues might attempt to place pressure on a pharmacist to dispense in accordance with this measure, or might visit a range of pharmacists in an attempt to locate and exploit weaknesses in any of their practices in order to be supplied with medicines against best practice.”

However, the council said that there was a risk that some GP surgeries could close during the pandemic as a result of staff shortages from illness or self-isolation, which presents the risk that patients will not be able to access repeat prescriptions.

“A discontinuity of supply would pose a particular risk for patients receiving OST,” the Council said. “In the event that GP surgeries were closed during the pandemic, those patients might find they have less support and oversight from the relevant healthcare professionals, leading to an increased risk of relapse to illicit drug use.”

The ACMD recommended that national-level guidance is produced in consultation with doctors and pharmacists before the measures are put in to place.

In addition, the Home Office wants to apply a measure called a supply shortage protocol to certain controlled drugs, which would allow pharmacists to hand out alternatives without having to go back to doctors in the event that the prescribed drug is running low, as there is a “significant risk” to supply due to the crisis.

The Council was broadly supportive of the measure but recommended this is only done as a last resort.