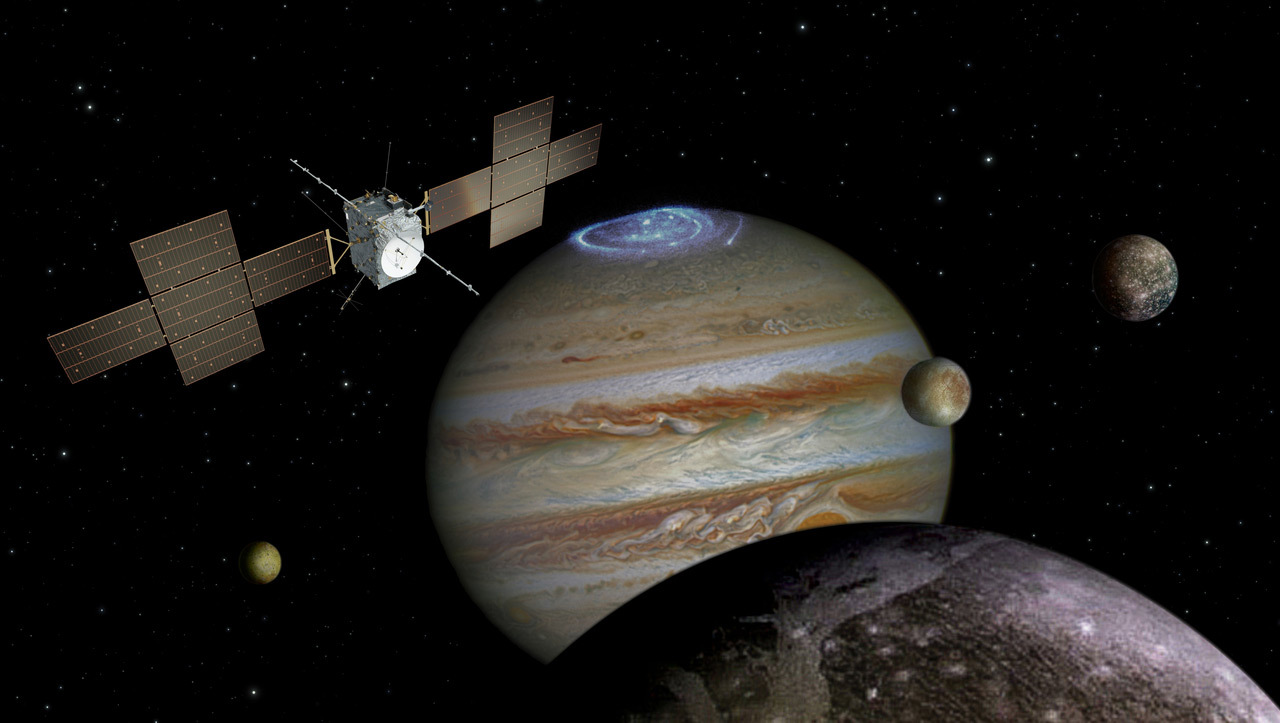 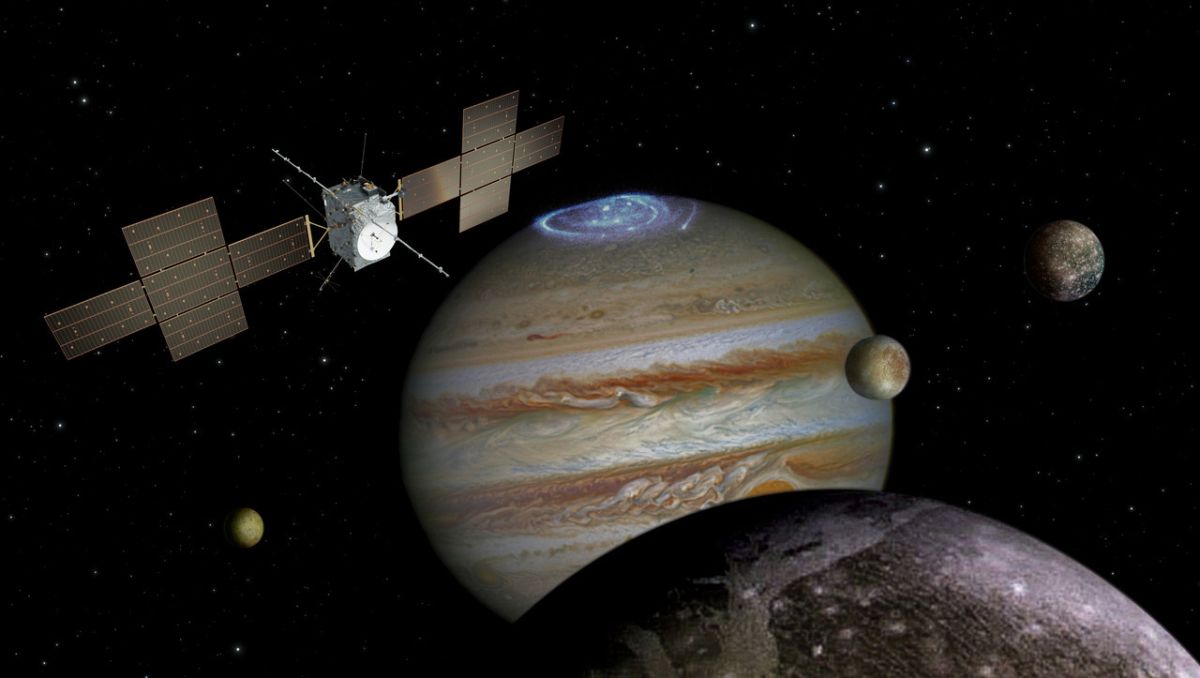 One of the top priorities for scientists looking to find life beyond Earth is determining which icy worlds in the outer solar system hide massive global oceans under their frozen surfaces.

And a European Space Agency (ESA) mission scheduled to launch in 2022 will work to do just that. Called the Jupiter Icy Moons Explorer (JUICE), the spacecraft will tour the Jupiter system, specifically observing three of the planet’s largest moons: Ganymede, Callisto and Europa. Scientists aren’t yet sure, but they suspect that all three might be hiding massive oceans.

“We have good reasons to believe that they host an internal subsurface ocean underneath the icy crust,” Olivier Witasse, a planetary scientist at ESA on the JUICE project, said during a presentation coordinated by the National Academies of Sciences on March 31. The JUICE mission is designed to provide the data scientists need to determine whether those oceans exist.

Related: The Galilean moons of Jupiter in photos

The JUICE team aims to address that question using a few different methods.

One of the spacecraft’s techniques is straightforward but only applies to one of Jupiter’s moons. Scientists suspect, but haven’t confirmed, that Europa may be shooting plumes out through its icy crust. If that is the case, JUICE may be able to fly through those plumes and study the liquid they contain during its two passes over the world. “We need to be lucky,” Witasse said. “The plumes need to be there, it’s still a matter of debate.”

JUICE’s other tactics are less subject to luck and are not limited to Europa, he said. Witasse walked through how the spacecraft’s tactics will play out at Ganymede, the only moon that JUICE will directly orbit, as an example of the mission’s methods.

First, there’s a long-standing approach, which relies on measuring the magnetic field around a moon. If a bunch of liquid that conducts electricity is sloshing around inside a world, it interferes with the magnetic field of both the moon itself and Jupiter’s in a way that should allow JUICE to measure it. However, with this method, JUICE will need to take measurements throughout its entire stay in the Jupiter system to produce enough data. A previous NASA mission, Galileo, which explored the Jupiter system between 1995 and 2003, carried a similar instrument.

JUICE will also measure how each of Jupiter’s moons is stretched by tidal interactions with other worlds in the system. Jupiter is so massive that it tugs on all four of its large moons, and three of those moons orbit in such synchronized choreography that they exert serious pulls on each other.

And just as Earth’s dance with the moon creates tides, all of this tugging around should distort Jupiter’s moons. That should remain true whether or not these moons have oceans, but the magnitude of these tides would be different if they are ocean worlds or not — to the tune of tides just 3 feet (1 meter) high for an ocean-free moon compared to perhaps between 26 feet (8 m) and 33 feet (10 m) for an ocean world, Witasse said.

“That’s a powerful technique to measure what is inside the icy moons,” he said — although it will require the spacecraft to approach the moon quite closely and to map the full surface multiple times. These requirements mean that the Ganymede measurements will likely not be taken until the last phase of the mission, three months during which JUICE is in its lowest orbit around the moon.

JUICE’s last technique for searching for alien oceans is perhaps also its strangest. This method relies on measurements of the auroras that ring, for example, Ganymede’s poles. These dazzling lights don’t circle the moon’s poles totally symmetrically, instead, they are tilted like the brim of a hat perched askew, spinning around the moon.

According to scientists’ models, the degree to which that ring wobbles will vary based on the moon’s internal structure, influenced by the same magnetic field changes that the first technique will target. The band will wobble about three times more if no ocean is hidden below the moon’s icy shell. And that technique should require fewer measurements than some of JUICE’s other options.

None of these methods will quickly resolve scientists’ questions about these distant worlds, of course, since deep-space exploration takes time. JUICE is currently scheduled to launch in 2022, then will take more than seven years to reach the Jupiter system. If the spacecraft launches on time, it will conduct the bulk of its observations between 2029 and 2033.