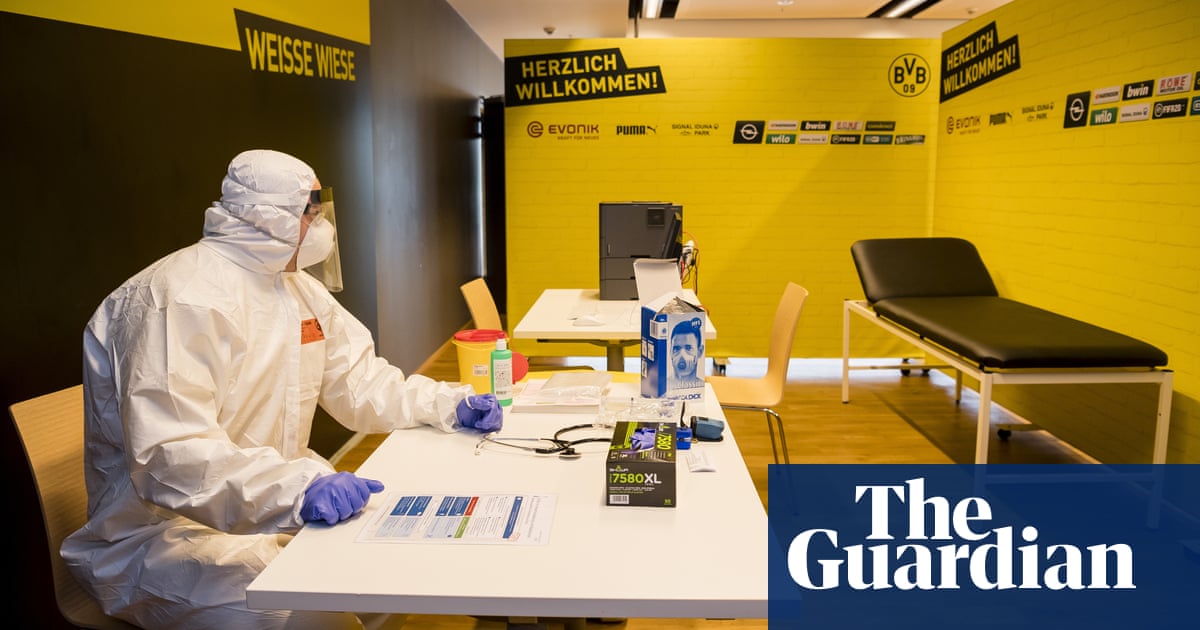 The UK government’s chief medical officer has conceded that Germany “got ahead” in testing people for Covid-19 and said the UK needed to learn from that.

Ministers have been challenged repeatedly during the pandemic over their failure to increase testing quickly enough, prompting the health secretary, Matt Hancock, to promise to deliver 100,000 tests a day by the end of April.

Asked about the differences with Germany, where the number of deaths appears to be increasing less rapidly than in the UK, Prof Chris Whitty told the daily government press briefing on Tuesday: “We all know that Germany got ahead in terms of its ability to do testing for the virus, and there’s a lot to learn from that.” Germany is already able to test 500,000 patients a week and is under pressure to increase this further.

Whitty had interjected after the government’s chief scientific adviser, Sir Patrick Vallance, gave a more circumspect reply. Vallance said: “The German curve looks as though it’s lower at the moment, and that is important, and I don’t have a clear answer to exactly what is the reason for that.”

He added that when comparing the experiences of two countries in tackling the virus, it was important to look at the differences between their societies. “There are things to do with demographics, there are things to do with the way systems are organised, and of course there may be differences in the way certain responses have been taken. And we don’t know, but we are in regular contact,” he said.

The two experts were speaking at Tuesday’s Downing Street briefing. Whitty has been absent from the frontline for several days after developing coronavirus symptoms.

His answer appeared to contradict ministers’ insistence that they had done everything they could to speed up the number of checks taking place.

Widespread testing is regarded by many experts as a precondition for lifting the UK lockdown, which Vallance said on Tuesday appeared to be helping to control the spread of the disease.

There has been particular concern about the lack of availability of tests for NHS staff. Announcing the latest figures on Tuesday, the foreign secretary, Dominic Raab, said a total of 213,181 people had now been tested for Covid-19, of whom 55,242 had tested positive.

Hancock conceded last week that the UK was having to build up a diagnostics industry almost from scratch, and highlighted what he called the “five pillars” of the government’s approach.

These included the creation of new “super-labs” and the involvement of private labs around the country. He admitted that the government had “a huge amount of work to do”.

The government took a decision when it announced the shift from “containing” the virus to “suppressing” it, saying it would no longer seek to isolate individual cases but instead would only test hospital patients.

The 100,000-a-day target has been thrown into doubt in recent days by the fact that several potential antibody tests – to determine whether people have contracted the virus in the past – have so far failed to prove effective.

The government ordered 17.5m such tests from several manufacturers in the hope they would prove to be what Boris Johnson called a “game changer” – but Hancock said on Sunday they were not yet good enough to use, and experts said a successful test could be a month away.

Hancock had previously suggested the government was looking at the idea of so-called immunity passports that could allow people proven to have had the virus to return to a more normal life sooner than others.

Whitty was also asked about the risks of the disease to residents in nursing homes and care homes, and he said they were likely to face some of the biggest challenges in the weeks ahead, and he would expect the death rate in such homes to rise.