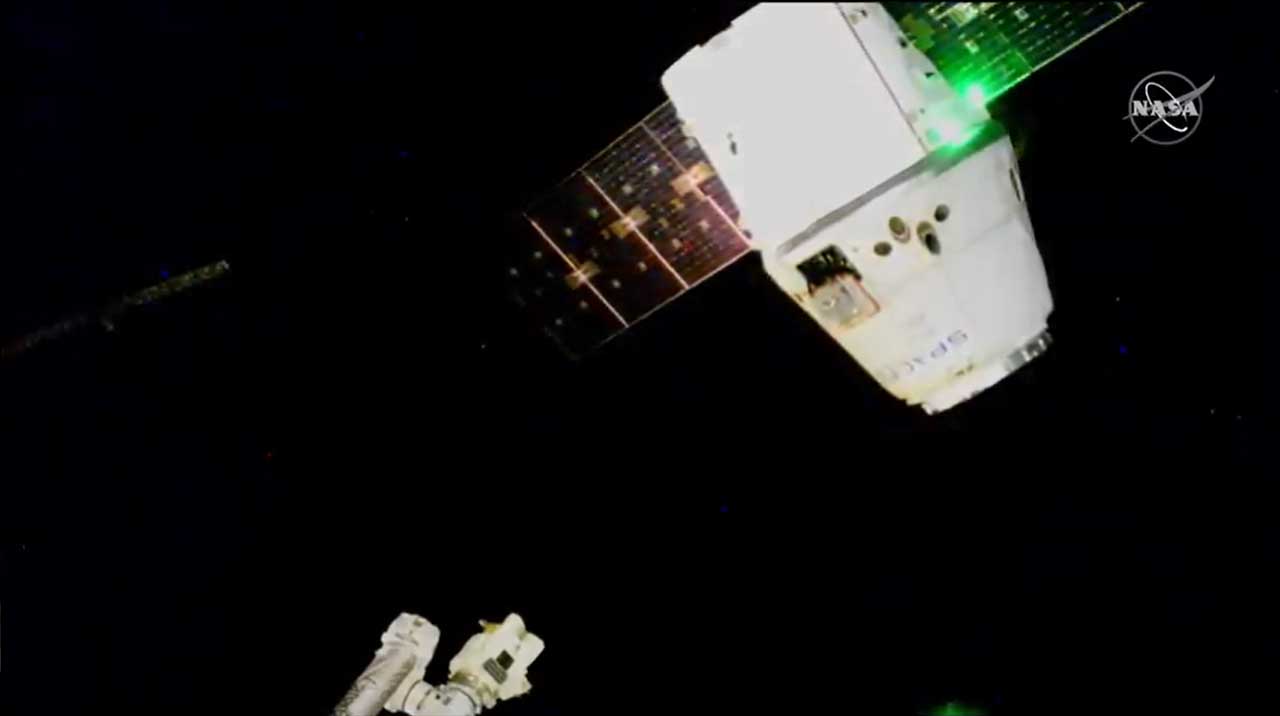 A commercial Dragon cargo ship is returning to Earth today (April 7) to wrap up a successful trip to International Space Station that heralds the end of one era and the start of another for its SpaceX builders.

The uncrewed Dragon CRS-20 spacecraft was released from the station’s robotic arm at 9:06 a.m. EDT (1306 GMT) today as both spacecraft sailed high over Vietnam. It was just a moment, but marked the last time a robotic arm will ever catch or release a SpaceX Dragon.

Dragon CRS-20, a veteran spacecraft that has now made three resupply runs to the space station, is SpaceX’s final flight of a $1.6 billion Commercial Resupply Service 1 contract with NASA. As its name suggests, the capsule is flying the 20th cargo mission for NASA and is also the last first-generation Dragon to fly. (The first Dragon 1 cargo ship visited the station in October 2012.)

Now, SpaceX has a new version based on its Crew Dragon capsule for astronauts. Like that vehicle, the new cargo ship will be able dock itself to the station instead of an astronaut catching it with a robotic arm, like some sort of cosmic claw machine game. The first Crew Dragon vehicle made a successful uncrewed flight to the station last year.

“That was the last time the arm and Dragon will meet that way,” NASA astronaut Andrew Morgan said from inside the space station as Dragon was released. “So it was fun to watch.”

SpaceX aims to launch its first Crew Dragon spacecraft with astronauts aboard in mid-May. The next cargo ship it launches for NASA will be under a new contract, called Commercial Resupply Service 2, and will feature a variant of Crew Dragon designed for cargo. Gone are the wing-like solar arrays, replaced by solar panels on the hull of the craft’s service module. Also gone: a grapple fixture for the station’s robotic arm to latch onto.

“The Dragon used in subsequent missions will resemble the Crew Dragon and will also automatically dock at the space station rather than require robotic action,” NASA spokesperson Leah Cheshier said during live commentary.

Dragon CRS-20 is carrying about 4,300 lbs. (1,950 kilograms) of scientific samples, gear and other items for the trip back to Earth. It will splash down in the Pacific Ocean, just off the coast of Long Beach, California, where SpaceX recovery teams are waiting to pluck the capsule from the ocean.

This Dragon capsule launched to the station on March 6 carrying more than 4,300 lbs. of supplies and arrived at the orbiting lab three days later. The same capsule previously flew to the station in February 2017 and December 2018.

Reusability is a hallmark of SpaceX’s Dragon spacecraft (and the Falcon 9 rockets that launch them), but three flights has been the limit for the first-generation vehicles. The new Dragon 2 version is expected to be able to fly at least five times.

The post-splashdown recovery will also see changes next flight.

Dragon CRS-20 will be the final Dragon to splash down in the Pacific Ocean. SpaceX has historically retrieved the vehicles off the Southern California coast so they can be refitted at the company’s headquarters in Hawthorne, California near Los Angeles. Future Dragon spacecraft will splash down in the Atlantic Ocean off the Florida coast, SpaceX and NASA officials have said.

SpaceX is one of two companies currently flying uncrewed cargo missions to the station. The other, Northrop Grumman, uses its Antares rockets and Cygnus cargo ships to make space deliveries.

For the CRS-2 contract, NASA has again tapped SpaceX and Northrop Grumman, as well as Sierra Nevada Space Systems, which is building the uncrewed Dream Chaser space plane for orbital cargo missions.