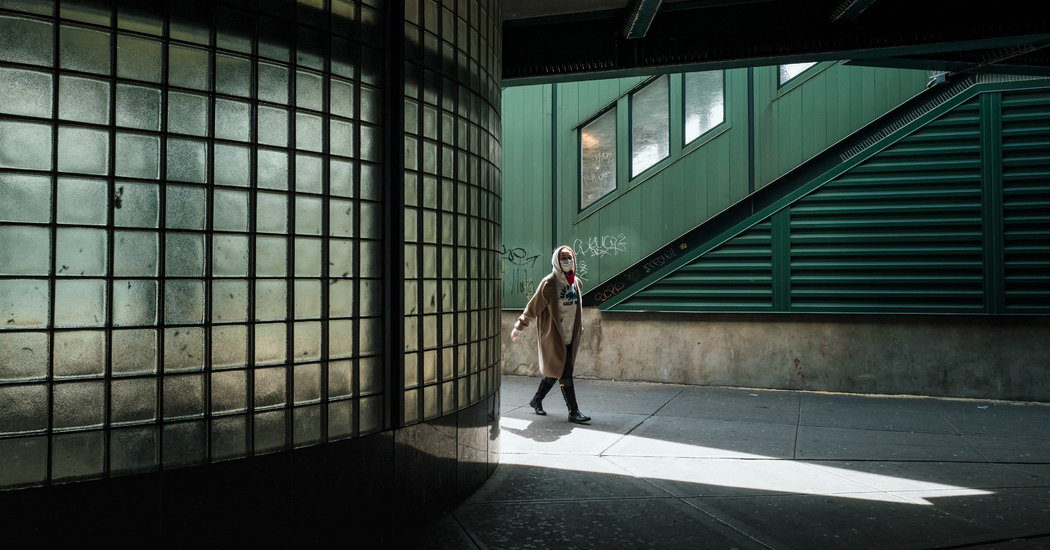 Gov. Andrew M. Cuomo has said in the past week that he believes the number of coronavirus cases in New York will hit its high point this week, and then hopefully begin to drop.

But even he acknowledges the uncertainty of that prediction.

Others say the worst is still a little further off. Mayor Bill de Blasio has said he fears “May could be worse than April,” and his health commissioner, Dr. Oxiris Barbot, has predicted the peak will come in late April or early May.

Steve Corwin, the chief executive of NewYork-Presbyterian Hospital, said he predicts the peak will happen “on or around April 15th.”

So who is right? Let’s examine what the terminology means, what we can expect and how much we should trust these predictions.

What is a peak?

The peak is the high point on an epidemic curve, which charts the number of cases over time.

You can track the number of new cases detected, or the number of deaths. Epidemic curves have been around for a long time. The Times ran one in 1918, amid the Spanish flu pandemic. (Spanish flu deaths in New York City peaked five weeks into the epidemic.)

Public health officials have expressed hope that by closing schools and instructing families to isolate themselves, they are flattening the epidemic curve. Instead of a steep increase and a sharp spike, the curve will hopefully be a more gentle hump, with a lower peak that takes longer to reach.

Even if the overall number of cases were the same in the end, a “flattened curve” would avoid a sudden surge of patients that could overwhelm hospitals and cause more people to die from lack of care.

What are the signs that we’re reaching the peak?

There are several. In New York City, the number of hospitalizations has been relatively flat for more than a week. The daily death toll has dropped in recent days after reaching a peak of 258 deaths on March 31, according to the Department of Health. “There are signs we are hitting a plateau,” Mark Levine, who heads the council’s Committee on Health, said on Twitter on Monday.

At NewYork-Presbyterian Hospital, the chief of surgery, Dr. Craig R. Smith, wrote in a memo that was released by the hospital, “We are hurtling into weeks predicted to be our worst.” But he also offered a small dose of optimism. “Scanning the daily statistics for the NYP system I can squint, angulate the page, and see the hint of a suggestion that the new-case curve has flattened slightly over the past few days.”

Dr. Jim Malatras, the president of SUNY Empire State College who previously served in Mr. Cuomo’s administration as director of state operations, appeared with the governor on Monday and said New York officials had been looking at projections that listed a possible peak to occur anywhere within 7 to 30 days.

“It looks like we’re at toward the earlier side of that time frame based on the current projections and modeling that we’ve been looking at,” Dr. Malatras said.

That seems to suggest the worst is almost behind us, right?

There are reasons to treat the data with caution.

The number of hospitalizations, for instance, depends not only on the number of new arrivals but also on hospital admission standards. As hospitals have teetered on the brink of being overwhelmed, they have sent people home whom under normal circumstances, they would have admitted, several New York doctors said in interviews.

So even if the number of hospitalizations appears to have plateaued, that could be because the number of sick people turning up has lessened, or it may have to do with changing hospital admissions standards — or both.

And it’s difficult to know what to make of the slight dip in deaths in recent days. There are indications that deaths related to the coronavirus are being undercounted — especially those who die of the illness at home.

Patients can die of the illness several weeks after they were infected — some after a lengthy period of time in a medically induced coma while a mechanical ventilator breathes for them.

For now, doctors expect that many of those placed on ventilators will die.

There are thousands of Covid patients currently on ventilators in New York, officials have said. We may yet see a rise in deaths as these patients possibly succumb to their illness.

The number of patients dying now in hospitals might offer information about the spread of the virus in the first weeks of March — but it says little about the rate of new infections.

“In reality, we don’t know,” said Prof. Howard Markel, a doctor and historian of medicine at the University of Michigan, when asked if New York was nearing the peak. “It’s very hard to separate the hopeful side of our brain from the scientific side.”

What predictive models are New York officials relying on?

Mr. Cuomo has referred to predictions by the Institute for Health Metrics and Evaluation at the University of Washington, known as IHME, as well as predictions generated by McKinsey & Company and Weill Cornell Medicine.

The models serve a purpose, and Governor Cuomo has spoken of their importance to leaders amid a pandemic. “I follow data,” he has said. “I don’t have instinct. I don’t have a gut. It’s not about emotion.”

But there is reason to treat the models with caution.

The IHME model has in recent days been revised, and its updated projections are generally less dire than earlier ones. It predicts New York State will hit its peak number of hospitalizations on April 8.

“Modeling is just one piece of data among a mosaic of data spread out on the floor that has not yet been put into place,” said Professor Markel, who has written about past epidemics in New York City. “They’re simply based on assumptions that may or may not be wrong, and they’re created by people who don’t take care of patients — and may not be in the thick of the epidemic, and may not be asking the right questions.”

Did social distancing have much effect on the course of the epidemic in New York?

It’s too early to tell, some public health officials say. As time passes, and more data comes in, the shape of New York’s curve will become clearer.

But there is a growing sense that New York should have begun social-distancing measures earlier.

“New York’s curve may not have been flattened, because they were kind of late to do things, closing schools for example,” Professor Markel said. “If you’re late, what our data shows, you may not achieve that flattening.”

It’s possible that New York’s epidemic curve in 2020 becomes a cautionary tale to other cities about the importance of strict social distancing early on — just as Philadelphia’s initial response to the 1918 pandemic became a reference point for public health officials on what not to do.

“I hope that the rest of the country sees that these lockdowns are essential,” Mr. Corwin, the president of NewYork-Presbyterian, said. “Because you don’t want to get into the situation that we find ourselves in now in New York City.”

Professor Markel warned that letting up on social distancing measures too quickly following the peak would be a major mistake, noting that cities that did that during the pandemic of 1918 faced a second surge of cases.

“We saw that a lot in 1918, we called them double-humped curves — they were not generally as bad as the first hump, but they were pretty bad,” Professor Markel said.