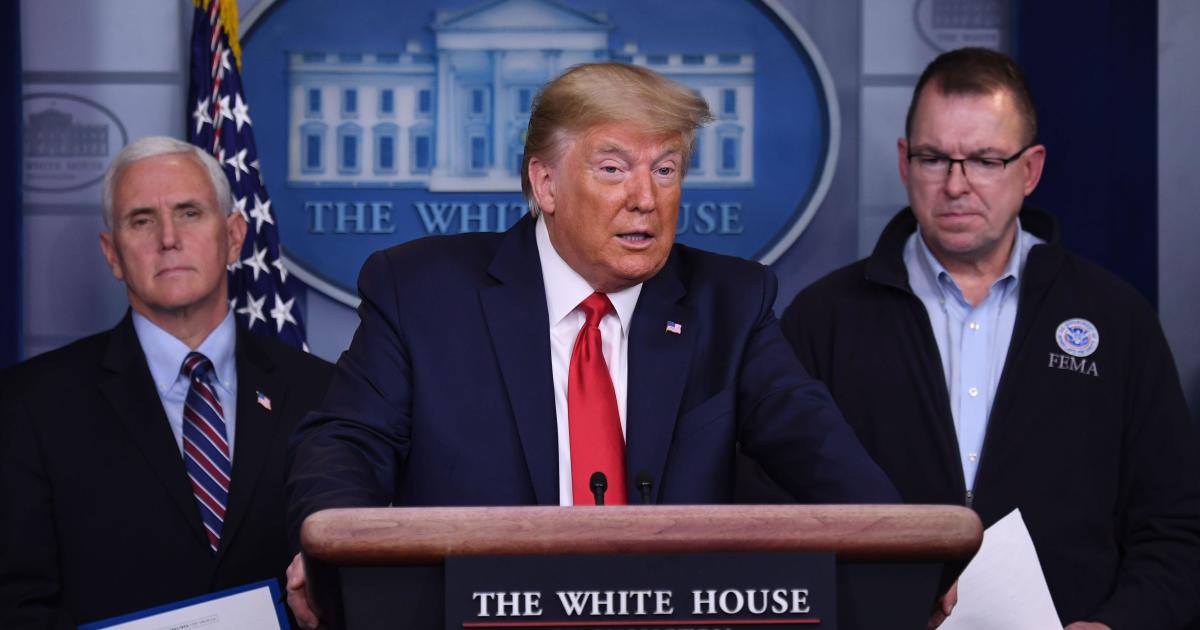 President Trump on Monday said the USNS Comfort docked in New York will now be open to coronavirus patients, after the ship was initially meant to take only non-COVID-19 patients to free up beds in New York hospitals. The floating hospital is now open to New Jersey patients, too.

Mr. Trump said that New York Governor Andrew Cuomo had contacted him about the Comfort.
“He asked whether or not it would be possible to use the ship with respect to fighting the virus, and we hadn’t had that in mind at all, but we’re going to let him do it,” said Mr. Trump, who has praised Cuomo for his handling of the situation in New York.

“As we enter a crucial phase of our battle, we continue to send our prayers to the people of New York and New Jersey and to our whole country,” Mr. Trump said Monday.

“I want to send best wishes to a very good friend of mine and a friend to our nation, Prime Minister Boris Johnson,” Mr. Trump said. “We are very sad to hear he was taken into intensive care today a little while ago. Americans are all praying for his recovery. He’s been a really good friend, he’s been something very special: strong, resolute, doesn’t quit, doesn’t give up.”

On Monday, the president rejected a Health and Human Services Inspector General report that surveyed hospitals and found a severe shortage of tests, a long wait on results, and shortage of key personal protective equipment. Mr. Trump — who late Friday night fired the intelligence community inspector general — appeared to dismiss the report because it was written by an inspector general. Inspectors general are appointed across the government to ferret out waste, fraud and abuse within agencies.

As the nation’s hospitals, particularly in hot spots, scramble for ventilators, the president said there are about 9,000 ventilators in the national stockpile. Only moments before, Adm. Brett Giroir told reporters he wouldn’t say how many ventilators are in the stockpile.

But the nation is fighting an economic battle too, as the president often points out. As Americans across the country wait for their checks to arrive from the stimulus bill, the president said he’s seriously considering another round of “direct” payments to Americans. Such payments would require additional legislation. Americans are expected to being seeing their first round of checks up to $1,200 per adult sometime this month.

The death toll from the coronavirus in the U.S. surpassed 10,000 on Monday, and experts believe the number of people dying from COVID-19, the disease caused by the novel coronavirus, will continue to rise even as the number of new cases begins to stabilize in certain areas.

Dr. Anthony Fauci, the director of the National Institute of Allergy and Infectious Diseases, warned Sunday in an interview with “Face the Nation” that the coming week is going to be “bad” and said that even as the mitigation measures put in place begin to work, the nation hasn’t yet reached the peak in the death toll.

Fauci also rejected the idea that the U.S. has the coronavirus outbreak under control.

“That would be a false statement,” he said. “We are struggling to get it under control, and that’s the issue that’s at hand right now.”

On Monday, Fauci suggested life in the U.S. won’t return to pre-coronavirus normal until there’s a vaccine. That could be at least a year away.

Mr. Trump continued to push the use of the anti-malarial drug hydroxychloroquine on Sunday, telling reporters it would be a “shame” if the drug is found to work and not used in U.S. hospitals. But earlier Sunday, Fauci told “Face the Nation” that “the data are really just at best suggestive.’

“In terms of science, I don’t think we could definitively say it works,” he said.